Mr. Garneau offered a simple “No” when asked on Tuesday whether the two issues were linked. He was in Vancouver to announce new details of the Oceans Protection Plan, which is designed to bolster response to spills off the coast in part to allay concerns linked to the pipeline.

“We’re developing those capabilities because we need to be thinking about the future, and the reality is Kinder Morgan has been around since 1953,” Mr. Garneau said.

The B.C. government, local mayors, First Nations communities and environmentalists have vowed to stop the pipeline expansion over a range of concerns, including the increased risk of oil spills as a result of more oil shipments and a corresponding increase in tanker traffic.

In an interview with the CBC last month during a visit to Vancouver Island, Justin Trudeau said the expansion of the pipeline and the Oceans Protection Plan, as well as a carbon price, are tied together.

“The issue we have is, if we don’t move forward in getting our resources over to markets overseas in safe and secure ways, the rest of the plan no longer holds,” Mr. Trudeau told the CBC. “We won’t get the Oceans Protection Plan investments. We won’t get a national price on carbon and we would never meet our Paris targets [on reducing carbon emissions].”

Mr. Garneau was in B.C. days after a massive show of public opposition to the Trans Mountain project. Over the past weekend, more than 5,000 protesters attended a rally and march against the pipeline, compared with a few hundred at a rally held the same day in support of the project.

Still, Mr. Garneau said he believes the project – approved by the federal government – has the necessary support in B.C. “We think the majority of British Columbians are in agreement with us,” he said. “Is it unanimous? No.”

The minister, making his 12th trip to B.C. since being appointed to the transport portfolio about two years ago, said the Trans Mountain expansion will add a number of additional tanker trips per month, but only “ a very small percentage” compared with the overall traffic in Vancouver’s port – the largest in Canada.

When the federal government announced its Trans Mountain approval in 2016, it also unveiled the $1.5-billion Oceans Protection Plan to improve marine safety and protect the environment.

The recent federal budget promised $10-million to Transport Canada to enhance the inspection regime for foreign-registered oil tankers and $29-million for the Coast Guard to maintain and improve its fleet.

On Tuesday, Mr. Garneau spoke to the annual general meeting of the British Columbia Chamber of Shipping, outlining various programs.

He said that Aqua-Guard Spill Response Inc. of North Vancouver has been awarded a $1.2-million contract for new marine response equipment such as portable skimmers used to recover pollution spills.

He also said the Haida Nation and the Gitga’at Nation will host pilot projects with partners including Transport Canada and other federal departments on providing real-time data on ship traffic.

“We’re working on a regional basis with First Nations on a capability to respond in the event that we were to have a spill or any other incident. That is a part of the Oceans Protection Plan,” he told reporters.

The First Nations are the first of up to nine communities to host pilot versions of the new system across Canada’s three coasts.

The office of B.C. Environment Minister George Heyman said on Tuesday that the minister was unavailable for comment on the issues Mr. Garneau raised. 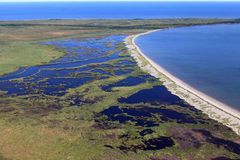 Canada will push G7 partners to sign no plastics pledge to save the oceans
January 25, 2018
Scientists warn of vanishing oxygen in oceans, including Canadian waters
January 5, 2018 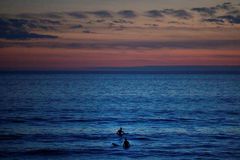 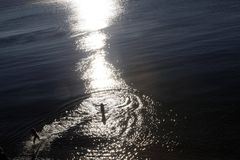