Federal Environment Minister Catherine McKenna has put the B.C. government on notice over its draft caribou recovery agreements, reminding the province that she could issue an emergency order if those agreements don’t proceed ”in a timely way.”

The warning, contained in a May 16 letter from Ms. McKenna to the province and two B.C. First Nations that are working on caribou plans with the province, comes after British Columbia extended a consultation process after public backlash over draft agreements unveiled in March.

Ms. McKenna triggered planning for both agreements in May, 2018, when she determined that southern mountain caribou were facing “imminent threats to their recovery” − opening the door to an emergency order under the federal Species at Risk Act.

Without a negotiated agreement with the province, a federal emergency order “would not be able to consider socioeconomic impacts and could result in billions of dollars in economic losses,” the province said in an April 15 news release announcing the extended consultation for the agreements.

NDP Premier John Horgan last month extended discussion on both plans for a month, from April 30 to May 31, after local communities raised concerns about the impact of the plans on forestry, mining and backcountry recreation.

In her letter, Ms. McKenna reminded the province that she has a legal obligation to protect species at risk.

“While we support the province’s decision to extend the period for public feedback, we need to move forward with these agreements in a timely way,” she said in the letter.

“Although land management is a provincial responsibility, the federal government has a legal obligation to protect species at risk … an [emergency] order is a blunt tool that risks making it much more challenging to effectively support local economies and collaborative caribou recovery efforts,” she added.

B.C. is home to 54 herds of woodland caribou, which for decades have been under pressure because of habitat loss from logging and mining and increased hunting by wolves and bears. This is partly because roads and seismic lines − narrow, linear clearings used in oil and gas exploration − make it easier for predators to reach caribou herds.

Caribou numbers have been dwindling for years, going from about 40,000 in the 1900s to an estimated 15,500 today, according to the province. And some herds are in worse shape than others; of the dozens of herds in the province, 14 have fewer than 25 animals.

The draft partnership agreement between B.C., Canada and the West Moberly and Saulteau First Nations concerns the central group of southern mountain caribou and has proposals for several zones, including one in which there would be a moratorium on resource development.

After the draft documents were posted, area residents raised concerns about potential impacts on local forestry and mill jobs. Town-hall meetings about the plans drew hundreds of people. Racist comments popped up on social media.

“There are no hidden agendas, and there is no need to stoke racism in the Peace region,” Mr. Cameron said in the statement.

Also on May 16, the chair of the Peace River Regional District wrote to the two chiefs to denounce “hateful and racist comments” directed toward First Nations people.

“Stressful situations can tear communities apart, however, can also serve to reinforce relationships as we focus on strengthening our bonds and moving forward together,” PRRD chair Brad Sperling said in the letter, which was posted on the district’s website.

Since the Species at Risk Act came into effect in 2003, there have been only two emergency orders.

The first, in 2013, related to the greater sage-grouse in Alberta and Saskatchewan.

The second, in 2016, related to the western chorus frog in Quebec. 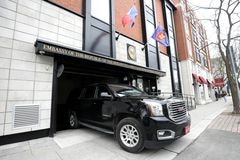 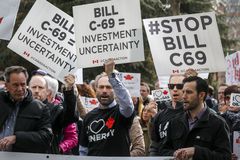