“Both sides worked extremely hard and I’m very happy that we have come to this agreement,” said Mike McDaniel, president and general manager of Coast Mountain.

“It balances all the things we were trying to balance. And we’re very happy ... to get the deal done.”

Negotiations went past midnight, concluding shortly before 12:30 a.m. when a tentative deal was made.

“This contract recognizes that Unifor members are the backbone of the Metro Vancouver system,” said Gavin McGarrigle, western regional director for Unifor.

“We look forward to being an integral part of an expanding system that keeps this region moving.”

Both parties have agreed that the terms of the deal will not be made public until ratification is complete – a process that is expected to take several weeks. Key issues negotiated centered on wages, benefits and working conditions such as mandatory rest times.

TransLink spokesperson Jill Drews said previously that meeting the union’s wage demands, which would cost an additional $150-million, would risk going beyond what “the region can afford,” potentially resulting in raised taxes and rider fares, or cutting services.

She now said, however, that no actions are being taken toward these areas as a result of this deal.

Jonathan Cote, mayor of New Westminster and chair of the TransLink Mayors’ Council, also said it is his understanding the deal will not negatively affect the affordability of the 10-Year Investment Plan.

The plan includes investments such as transit service expansions and major road network upgrades that began in 2017.

“We've had tremendous growth in our transit ridership over the last number of years and finding a negotiated settlement is hugely important to keep the momentum in our region,” he said.

Earlier in the month, the union threatened job action that included a full bus and SeaBus shutdown Wednesday, Thursday and Friday after collapsed negotiations between Unifor and Coast Mountain earlier this month. Unifor voted 99 per cent in favour of a strike in October, and job action began Nov. 1 with an overtime ban by mechanics, which later expanded to bus drivers.

Both Ms. Drews and Mr. Cote said the region’s public perception of transit would have been negatively affected had the three-day shutdown occurred, but believe the public will find the tentative agreement encouraging.

TransLink projected the three-day strike would put 36,000 more cars on the road and leave 100,000 transit riders without driver’s licences or cars to find alternate travel methods.

Uncertainty still looms, however, among SkyTrain riders and workers, as Local CUPE 7000, the union representing the workers for the Expo and Millennium Lines, voted nearly 97 per cent in favour of strike action last week.

The union met with the BC Rapid Transit Co. last weekend to negotiate on core issues of wages, staffing levels, forced overtime and workers’ sick-day plans. There are currently eight mediation sessions scheduled between the parties starting Thursday and ending Dec. 19.

And while both parties have agreed to a media blackout during mediation, Mr. Cote takes the meetings as a “good sign” that a resolution can be reached among them, as well. 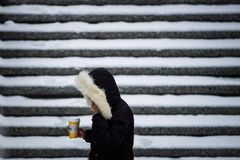 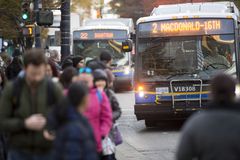 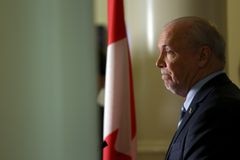