Until four years ago, constructing housing for workers in Alberta’s oil patch had been a hefty part of Horizon North’s business. Then, the price of oil crashed and so did the demand for thousands of quickly built apartments at remote locations in the province.

In the ensuing couple of years, the company’s executives thought they might have to start shutting down part of their operations in British Columbia − the firm’s two main building plants are in Kamloops and Abbotsford.

And then, B.C. elected a new NDP government that, faced with a difficult affordable-housing shortage, was promising to pour millions into providing homeless people with apartments.

“[So] instead of laying off 300 people in Kamloops, we decided to pivot,” said Rod Graham, chief executive of the Calgary-based company that was formed in 2006.

After the NDP took office, temporary modular-housing blocks went up in parking lots, vacant development sites and parks in communities across B.C. – but particularly in Vancouver – to provide rapidly built housing for 2,000.

Horizon North provided almost half of that, including all 600 units in Vancouver.

“The catalyst for us really was the Vancouver affordable-housing effort,” Mr. Graham said.

Other modular-home factories that helped supply the first round of 2,000 homes include the Muchalat Group on Vancouver Island and Metric Modular in Penticton.

The initiative to build apartments quickly for the homeless is now the impetus for a broader move to provide affordable housing for a whole range of income earners priced out of the stratospheric costs of the traditional condo and single-family home market.

The B.C. government is planning to use modular buildings, where construction costs can be as much as 25 per cent lower than for traditional construction, for all kinds of residents, from the working poor to middle-class renters.

“I was blown away with what could be possible,” said B.C. Housing Minister Selina Robinson, who has toured three different modular-home factories in the province in the past few months.

“It absolutely has a potential for growth. It could be tailored to unique communities. I’m pretty excited about it.”

The modular-housing option doesn’t just help with costs. It also allows the province to give a boost to a new, B.C.-focused industry that uses local wood and can provide employment in communities outside the Lower Mainland that have been hit with job losses in the resource sector.

“We have trees and we have an industry here,” Ms. Robinson said.

The province has already spent $290-million for the temporary modular homes, which have been set up, in a matter of months, in places as different as the parking lot next to Vancouver’s downtown civic theatre, on a piece of industrial land in Kelowna and on vacant land next to an existing social-housing project in Victoria.

The government has promised another $1.9-billion for 4,900 permanent apartments in 42 communities – and some of those are likely to be the new modular ones.

“Modular is an accepted building form for those [permanent units],” said Shayne Ramsay, the CEO of the government’s BC Housing agency.

He said the savings don’t just come from more efficient construction, which can reduce by a quarter the typical $200-a-square-foot minimum cost the agency now faces for the cheapest “stick-built” social housing.

On top of the reduced construction costs, savings also come because finished units can be built and stored in advance and then quickly moved to a site, as soon as builders have their municipal permits. In conventional construction, they have to wait months or even years for the land to be available to start even the first step of a project.

Several groups that have received money from BC Housing to create social housing in their communities have chosen modular housing as their option, including in Kamloops, Smithers and Kelowna.

The City of Surrey had been planning a permanent modular social-housing project, which would have been a first for the Lower Mainland, but that’s on hold for the moment because of a new council that is reversing some decisions of the previous one.

The main difference with the permanent modular homes and the temporary ones will be the inclusion of concrete foundations for the new apartment blocks. At least one project, in Kamloops, will even have elevators.

The modular homes built so far for homeless people have generated sporadic opposition in some communities, but more focused on the tenants, rather than any concerns that the buildings look cheap and out of place.

In Kelowna, Councillor Luke Stack told local reporters that an early proposal looked like a “trailer park,” because it was going to consist of an assembly of previously used construction trailers.

But once the new-style modular homes were substituted, he said it looked no different from any other small office building in the area.

Modular housing is widely used in Europe, but has had less attraction in North America, where it’s been stereotyped as trailer-park-style housing.

But modular-home construction companies in Canada and the United States are starting to get a foothold, as everyone struggles with the soaring cost of construction.

Horizon North has built a modular hotel in Oliver, while Metric has provided student housing for Trinity Western University in the Fraser Valley.

For a government that has promised to foster the building of 114,000 affordable homes in a decade, the promise of modular construction to achieve that goal at a bargain has many people excited.

For Horizon North’s Mr. Graham, it feels like his team is on the cusp of the ideal “made in B.C.” solution.

The company is targeting $150-million in sales this year for this part of its business because of the burst of interest − an expansion that prompted it to lure the head of Vancouver’s affordable-housing agency, Luke Harrison. He has been made a Horizon North vice-president with the job of growing its modular-housing portfolio.

For Mr. Graham, it has redefined his business.

“This is the future of our company.”

Despite a radical mix of representatives, Vancouver councillors follow the status quo
December 21, 2018 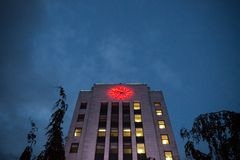 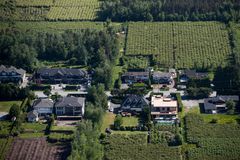