A proposed class-action lawsuit that aims to recover public-health costs from dozens of players in the pharmaceutical industry for their role in an overdose crisis that has killed thousands of Canadians now has the backing of provinces across the country.

B.C. Attorney-General David Eby, who launched the legal action last August, said Tuesday that a national working group on the matter now has participation from Ontario, New Brunswick, Newfoundland, Nova Scotia and Quebec. Alberta is still deciding whether and how to lend its support, Mr. Eby said.

Any costs recovered would apply to all jurisdictions.

The Attorney-General’s comments came on the same day as reports that Purdue Pharma LP and its owners, the Sackler family, are offering to settle more than 2,000 lawsuits against the company in the United States for US$10-billion to $12-billion.

And on Monday, an Oklahoma judge found that Johnson & Johnson and its subsidiaries helped fuel the state’s overdose crisis and ordered the company to pay US$572-million – a ruling that Mr. Eby said he was heartened by.

“The decision is based on very similar facts that are argued by British Columbia in our litigation – litigation that’s being backed up, supported and joined by other provinces across Canada,” he said.

“To have a judge say, ‘Yes, we do see that there’s a serious problem here with how this company conducted themselves,’ and ‘We do feel that they need to be paying money out because of the way they marketed these very addictive and harmful drugs,’ is a very positive sign for our litigation here in Canada.”

The list of more than 40 defendants includes manufacturers such as OxyContin maker Purdue; retailers such as Shoppers Drug Mart Inc. and the Jean Coutu Group (PJC). Inc.; and distributors and wholesalers.

Purdue has said it is deeply concerned about the opioid crisis in Canada, but maintained that it always marketed its products in compliance with Canada’s rules.

Mr. Eby said two differences between the Oklahoma and B.C. cases are that Oklahoma’s named only one company, while B.C.'s names dozens, and that B.C. has special legislation in place that will help facilitate the introduction of evidence to expedite the lawsuit.

Purdue has acknowledged in the United States that its marketing of OxyContin was misleading, with the company and three of its top executives paying a total of US$634.5-million in 2007 to settle criminal and civil charges. Purdue’s Canadian operation has not made a similar admission of wrongdoing.

There have been more than 11,500 apparent opioid-related overdose deaths across Canada between January, 2016, and December, 2018, with Big Pharma being just one driver.

A study by the BC Centre for Disease Control, published in the January, 2019, edition of Drug and Alcohol Dependence, looked at administrative data for people who overdosed between January, 2015, and November, 2016, in the province.

It found that, at the time of overdose, 92 per cent of men and 86 per cent of women did not have an active opioid for pain prescription, and about half had not filled one in the past five years. 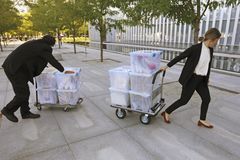 Opioid settlements increase, and so do questions about the money
Subscriber content
August 27, 2019 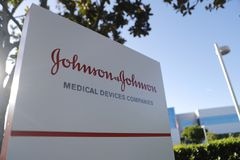