Sixty years ago, few would have blinked at Nanaimo Mayor Leonard Krog’s suggestion that mentally ill people who are homeless and addicted to alcohol and drugs be institutionalized. That was what we did back then; institutions were seen as the best model of care for people with chronic mental illnesses such as schizophrenia. Antipsychotic drugs were still in their infancy and, without treatment, people with serious mental illnesses are susceptible to substance abuse and death, often by suicide.

Today, however, Mr. Krog’s words sound jarring and out of touch with a society that now believes it is wrong to abrogate someone’s freedom solely because the person is ill.

As medication evolved, so did views on locking up people with mental illness. Advocates pushed for deinstitutionalization, in part because of improved treatment options, but primarily because of systemic violations of human and patient rights inflicted on this vulnerable population. Sexual assaults, forced sterilizations, lobotomies – the list of atrocities, a word not to be used lightly, is as long as it is ugly.

So why on earth, Mr. Krog, would we want to go there again? And what makes you believe we would do so much better?

Mr. Krog, like so many other of North America’s West Coast mayors, has a problem with homelessness in his city. And his words reflect the frustration of all of us who know that closing the institutions backfired. I’ve heard similar musings from Vancouverites fed up with the street disorder in the Downtown Eastside. It’s true many people tenting in parks are seriously mentally ill, drug addicted or both, the very people who would have been institutionalized in the 1950s. Community supports promised by the provincial government when the hospitals and institutions were shuttered never materialized and without them, severely mentally ill people are far more likely to end up on the street.

But that’s no reason to return to a flawed model, particularly when we have an example of a recent community-based housing and support program that proved remarkably effective. In 2008, the federal government funded a five-year project by the Mental Health Commission of Canada to test housing and community-care approaches for homeless people with serious mental illness. At Home/Chez Soi took a housing-first approach and bolstered it with various levels of health and social supports, depending on need. The study tracked and compared outcomes of homeless people who were given housing and support with a test group that received no housing and had access only to the usual health and shelter services.

Researchers deliberately chose difficult cases; in Vancouver 92 per cent of study participants were unemployed, 57 per cent had failed to finish high school, 53 per cent had psychotic disorders and half had been homeless for more than three years. On top of that, 58 per cent were dual diagnosed, in other words had a mental illness and some type of substance-abuse problem. Costs incurred by the study and control groups were carefully tracked. Researchers knew that dual-diagnosed homeless people are in frequent contact with police, ambulance and emergency department staff, all expensive services. They had a hunch it might even save money to provide homeless people with housing and support services.

The study found that people who were given housing, social and mental-health supports did stabilize, used fewer emergency services and reported a significant increase in their quality of life. Despite some savings on services, the housing-first program proved more expensive over all; costs increased by $1.67 for every $10 spent. And that could explain why no level of government fully adopted the model when the study ended. Today the number of homeless people in Metro Vancouver is at a record high of 2,223, more than 600 of whom are living on the street.

There are huge costs associated with building and operating new institutions, costs that were not examined by the At Home/Chez Soi study. Add those in, and the housing-first model might not only be effective and more humane, but cheaper as well.

And so, Mr. Krog, instead of advocating for institutionalization, which we know failed so many, why not push to spend the money on something that worked? 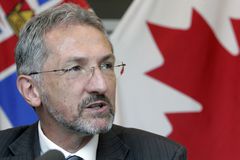 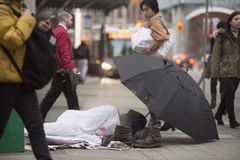 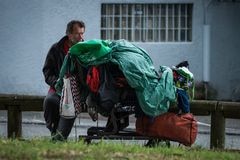