Vancouver is trying yet another unique experiment to entice developers into building rental apartments.

But this one, unlike the city’s decade-old rental-incentive policy that has been much criticized for the high rents charged, will require that 20 per cent of the units in the building be rented at prices far below current rates: $950 for a studio; $1,200 for a one-bedroom; $2,000 for a three-bedroom.

And those rents can’t be increased by more than the provincial allowable increase, even if a tenant moves out and a new one arrives – a change that typically allows a landlord in any other building to raise rates to whatever the market will bear.

As the first of the projects under this new “moderate-rental” experiment start to arrive at city hall for approvals, a councillor who is trying to get rid of the old rental program says this new one is a huge improvement.

“This is greatly preferable,” Green Party Councillor Adriane Carr said. “These are a lot better as part of the mix of other kinds of housing that we need.”

Ms. Carr has a motion going to council to try to dump or radically change the existing Rental 100 program, an initiative that evolved from the early years of then-mayor Gregor Robertson’s regime as the city struggled to figure out ways to get developers to build dedicated rental apartments instead of condos.

Vancouver had seen almost no rentals built for decades, as have other Canadian cities, since the federal government ended programs that provided tax incentives for investors financing apartments.

Many housing experts argue that rentals provided through the condo market, when investors buy units specifically to rent them out, are too uncertain. Tenants can be booted any time the investor decides to sell or occupy the unit.

But the Rental 100 program that was developed to encourage apartment-building, which offers developers lowered fees, extra density or reduced parking requirements, has been derided by some politicians and media for years, because of the high rents it still allowed builders to charge.

The city limits for Rental 100 units currently range from $1,607 for a studio on the east side to $3,559 for a three-bedroom apartment on the west side. As well, after a tenant moves out, owners are allowed to raise the rent to whatever level they want.

The new initiative invited developers to submit proposals for projects where they would guarantee that one-fifth of the rentable floor space would be rented at far-below-market rates and far below the city’s rates for Rental 100.

A city official says the city got more than 50 applications for the 20 slots that were permitted in this first round of the moderate-rental program. The successful projects had a quarter of the units at the below-market rates.

Four projects have so far been submitted for rezonings under the program, and the first of them was reviewed by the city’s urban-design panel last week.

That six-storey project, on Grandview Highway near Vancouver’s Renfrew SkyTrain station, has 57 units, including some townhouses, as well as retail.

James Tod, a development consultant who is working with that proposal by Form Projects, said most of the proposals coming forward are solving the financial Rubik’s Cube of building affordable rentals by asking for more density on their sites than the current zoning.

A second project is a five-storey building in Kitsilano being pitched by Jameson Developments, while there are two others being pitched for East Hastings Street near the Vancouver-Burnaby border.

While the Kitsilano project, which would produce 13 below-market rental units out of 63 total, has generated little notice, a second site where Jameson is considering a moderate-rental proposal is stirring huge opposition.

That site on busy West Broadway, which used to be a Denny’s restaurant, was originally slated for a 16-storey rental building under the old program. But Jameson, which is owned by Vancouver’s Pappajohn family, has been exploring the idea of changing the application to a 28-storey building under the new moderate-rental initiative.

Numerous residents in the blocks around that building have objected, saying the scale of the building is wildly out of place, even for a commercial corridor. 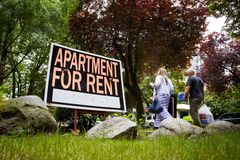