Ottawa estimates roughly 10,000 Canadians will apply to get free pardons for their cannabis-possession convictions if the government passes a bill that gives redress to those left with criminal records from the decades of prohibition of the drug.

Scott Bardsley, spokesman for the Public Safety Minister, said his department has extrapolated statistics from the Public Prosecution Service of Canada (PPSC), which handles drug-crime cases, and found upward of 250,000 convictions over the years for people caught having less than 30 grams of cannabis. But people in only about 4 per cent of those cases are expected to apply for the expedited pardons proposed under Bill C-93, which was tabled in the House of Commons two weeks ago.

Mr. Bardsley said most aren’t expected to apply for reasons that include: They have died, they have already received a pardon or they have other criminal charges on their record.

Mr. Bardsley said the department “made several assumptions” to peg the number of possible pardons at 10,000, which is considerably smaller than the 70,000 to 80,000 people Organized Crime Reduction Minister Bill Blair said earlier this month Canada could expect to apply.

“These estimates should be treated as a guess, not a definitive count,” Mr. Bardsley said late on Friday afternoon in an e-mailed statement. “There is no way to know how many people will be eligible and will apply before the policy is in place.”

Before the drug was legalized in October, possessing up to 30 grams of cannabis was punishable with a fine of up to $1,000 and six months in jail. Ottawa’s proposal is to do away with the five-year waiting period and $631 fee normally required to apply for a pardon. Critics say this relatively small number of people bolsters the case for expunging – not pardoning – these criminal convictions. They say expunging is a more just way to undo the harms imposed on tens of thousands of Canadians whose low-level cannabis crime has hurt their job and travel prospects.

Murray Rankin, the NDP’s deputy justice critic, said the federal government’s bill, which he worried may not pass before the federal election later this year, unfairly puts the onus on these individuals to clear their name.

“If indeed there are only 10,000 to be rescued by this reform, doesn’t that make the argument even more strong that the human resources required to expunge their records is not nearly the task that we thought when it was hundreds of thousands?” said Mr. Rankin, who has a separate bill in the Commons now that would expunge these criminal convictions.

Annamaria Enenajor, a Toronto-based lawyer directing the national Cannabis Amnesty campaign, echoed Mr. Rankin’s assertion that Ottawa should expunge the records of those eligible, noting the latest estimate is only a thousand more people than the federal government has said may have their records erased under Bill C-66 after being criminally convicted when homosexual acts were a crime.

In the lead-up to the legalization of cannabis, federal bureaucrats tried to find out just how many people have criminal records for possessing small amounts of the drug and appear to have come up short, according to internal e-mails obtained through freedom-of-information laws by The Globe and Mail.

Jean-Philippe Levert and Alexandre Sabourin, both communications staff working in the Public Safety Department, tried in January, 2018, to answer a media request for how many people could be affected by this form of cannabis amnesty and failed to find any reliable data.

“PPSC just confirmed that they don’t have these numbers. Back at starting point. Can you consult with policy?” Mr. Levert wrote to four colleagues on Jan. 12, 2018.

Mr. Sabourin replied three hours later: “Policy said the numbers they’ve used came from PPSC but were heavily caveated. They also said that, to their knowledge, StatsCan doesn’t have any info. Might be worth trying them anyways. Not sure where else we can go to get this info. RCMP?"

Last September, The Globe attempted to ascertain how many Canadians have been convicted for possessing less than 30 grams of cannabis by contacting the PPSC. The PPSC said it did not have this data and provincial criminal justice branches across the country said it was not immediately available either. 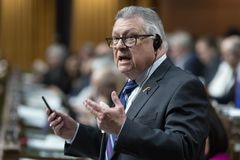 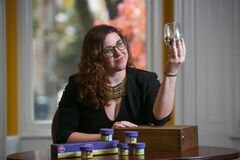 Cannabis Amnesty founder pushing for change - and facts - around pardons for possession
December 2, 2018 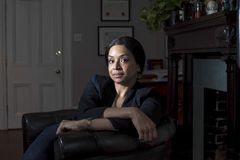 Follow Mike Hager and Tom Cardoso on Twitter @MikePHager @tom_cardoso
Report an error Editorial code of conduct
Due to technical reasons, we have temporarily removed commenting from our articles. We hope to have this fixed soon. Thank you for your patience. If you are looking to give feedback on our new site, please send it along to feedback@globeandmail.com. If you want to write a letter to the editor, please forward to letters@globeandmail.com.
Comments