The vast majority of staff members at British Columbia’s long-term care and assisted living facilities are vaccinated, but about 2,000 people have now been placed on unpaid leave because they had not received COVID-19 shots by the province’s Tuesday deadline for workers in the sector.

The unvaccinated contingent makes up only 4 per cent of long-term care workers and 3 per cent of assisted living workers in the province. Their unpaid leave will initially last two weeks, but the province has said workers who continue to refuse vaccination will face escalating penalties, including the loss of their jobs.

A handful of long-term care homes in B.C. are expected to suffer staffing shortages as a result of the vaccine enforcement. Some of those facilities have received support from the province, but others will face challenges in coming weeks, Health Minister Adrian Dix told reporters Tuesday.

He said a significant portion of the people who are not yet vaccinated are casual workers.

“If a long-term care or assisted-living worker refuses to be vaccinated, they will be in breach of the provincial health officer’s Residential Care Preventative Measures order, the Public Health Act and employer policy. It will be subject to progressive discipline up to, and including, termination,” Mr. Dix said.

Under B.C.’s vaccine mandate for long-term care and assisted living staffers, each of the roughly 49,000 people working in the province’s facilities had until Oct. 12 to get at least one shot of a COVID-19 vaccine.

In August, when the province announced the mandate, it said all workers needed to have both doses by Oct. 12. But it relaxed the mandate last week because of concerns about staffing issues in the sector.

Under the modified guidelines, staff members who had received only one shot by Tuesday will be allowed to continue working, provided they undergo daily rapid testing, wear personal protective equipment and receive their second doses within 28 to 35 days. Unvaccinated workers who receive their first shots before Oct. 26 can return to work seven days after inoculation.

“There’s still an opportunity for workers to get the vaccine from our perspective. We hope that the very small number of workers who have not yet made that decision take this opportunity to get their questions answered,” said Mike Old, a spokesperson with the Hospital Employees’ Union, which represents about 50,000 workers across various parts of B.C.’s health care system.

“We really need skilled and experienced workers to remain in the health care system. We have a huge staffing crisis and we need them on the front line helping our seniors.”

Terry Lake, chief executive officer of the BC Care Providers Association, which represents senior care providers in the province, said on Tuesday that he believed the situation was manageable so far.

Karen Biggs, CEO of Menno Place in Abbotsford, a 700-bed complex with 675 staff members, said some of her employees have chosen to retire or to accept termination rather than be vaccinated.

As of Tuesday, nine regular staff members and 19 casuals remained unvaccinated, she said.

“We go into overtime almost every single day because of shortages,” she added. She said she is losing one registered nurse and four recreation aides as a result of the vaccine mandate.

“They are very hard to find. When you have specific categories that you’re losing, it makes it very tough.”

Health Minister Dube says too soon to say what impact vaccine mandate will have on Quebec health system
October 13, 2021 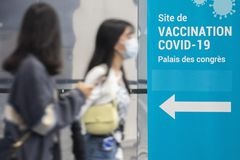 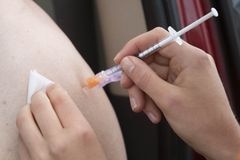 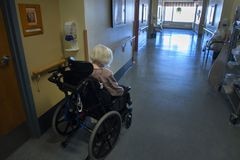