Among the innumerable sorrows the coronavirus pandemic has heaped upon us, the surge of racist attacks against people of Asian descent is one of the most despicable. Canada, which fancies itself a country of people from diverse ethnicities who all get along, has not been immune.

When people are fearful – and who hasn’t been lately – they seek to blame. Right now, the scapegoat is China, where COVID-19 first struck, and by extension anyone who looks Asian.

Take the recent attack by a white man on a Vancouver bus whose anger was fuelled by two Asian women wearing masks. Police say he yelled, “Go back to your country. That’s where it all started.” When another woman spoke out against the remarks, he kicked her and yanked her hair so hard a clump of it fell out. In Toronto an Asian nurse, also wearing a mask, reported she was yelled at, spit on and smacked with an umbrella by a white woman who yelled at her to go back to where she came from.

The sentiment that China and its people are responsible for the spread of the coronavirus is being perpetuated by people in the highest levels of government in the United States, including President Donald Trump himself.

The President’s remarks are certainly egging on those looking to place blame. But to say Mr. Trump is responsible for racist displays here in Canada is to deny our own history.

Racism underpinned policies prohibiting Chinese labourers from bringing their families to Canada when they came to build the railways. It also drove the decision to intern Japanese Canadians during the Second World War. More recently, it led to nasty rhetoric against wealthy Chinese investors who were encouraged by developers and politicians to buy homes and businesses here and then blamed for the exponential rise in property values. Scratch the surface, and it seems Canada’s “Yellow Peril” ideologies are still very live.

COVID-19′s origin in China isn’t in and of itself racist. And to keep the virus in check, scientists must determine its origin (likely bats) and learn how it jumped to some other animal that people touch or eat. If, as most scientists believe, the virus originated in a Wuhan market where many types of live animals were sold, there will need to be changes. The Chinese government has already made it illegal to sell or eat wild animals and further restrictions and hygiene improvements could be in order.

But while it is totally fair to scrutinize China’s food chain in relation to health, blaming Chinese people for spreading a deadly virus is not. This week singer Bryan Adams, who is vegan, unleashed a profane Twitter rant against “bat-eating, wet-market-animal selling, virus-making greedy bastards.” After he was excoriated for what sounded to many like a racist diatribe, he issued a lame apology and claimed he was only taking a stand against animal cruelty.

Before anyone gets too high-minded about Western food choices and animal husbandry, let’s not forget what led to the outbreak of mad cow disease (Bovine spongiform encephalopathy) which infected British cows in the 1980s and 1990s. The root cause was the practice of feeding cattle a “protein” mixture made from other cattle who died from the disease and sheep infected with a related condition called scrapie. When the disease jumped to humans, it killed 177 people.

There was no racist backlash against the British, at least not that I recall. The outbreak was widely regarded as a misfortune.

After news broke about the latest racist attack aboard a Vancouver bus, North Vancouver MLA Bowinn Ma, whose parents immigrated to Canada from Taiwan, posted a heartfelt message on Twitter articulating her thoughts on anti-Asian racism which she points out exists worldwide.

The problem with high-profile people such as Mr. Trump and Mr. Adams playing the blame game is it emboldens others to “embrace their biases, their prejudices and ignorant ideas about other people as though they are righteous,” Ms. Ma says. From there it’s a short line to hate crimes.

We are a tolerant society, reluctant to fall into American style tribal politics. But, now more than ever, we all must call out racism where we see it because complacency allows it to grow. 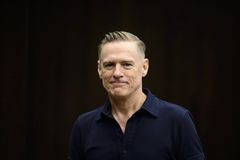 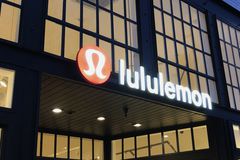 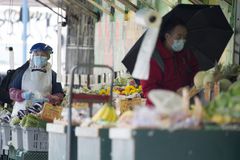