In 2003, when the city polled Vancouverites to gauge support for a bid to host the 2010 Olympic Winter Games, I was among the skeptics. I knew then as I know now that cities don’t typically come out ahead after playing host to the Olympics, the exception being Los Angeles after the 1984 Summer Games.

There were reasons for that. Los Angeles already had facilities in place and made a killing on broadcast and sponsorship rights. In Vancouver, Olympic naysayers were a minority; two thirds of Vancouverites voted yes in the plebiscite. And darned if the Games weren’t a great time.

A couple of weeks ago, former Vancouver Organizing Committee CEO John Furlong suggested we make a bid for the 2030 Games. For a second, I thought, perhaps he’s right. The venues are already built and maybe, just maybe, we could pull off a Los Angeles miracle and host the Games without losing our shirts.

But times are different now in Vancouver. The Olympics are to a city like that luxury holiday you take when you get a raise – great when you can afford it, but otherwise an extravagance to be avoided.

Vancouver housing costs were high in 2010, but they but they weren’t stratospheric. They are now. We had a homeless problem then too: The 2010 count recorded 1,294 sheltered and 421 unsheltered people. The numbers have almost doubled since. People died of drug overdoses before the 2010 Olympics, but not at a rate of three a day.

Even Shane Koyczan, the spoken word poet who delivered his paean to Canada, We Are More, at the opening ceremonies, when asked by media outlets whether he would repeat the performance for the 10-year anniversary, refused. He said he doesn’t feel right proclaiming the country’s “greatness” in the face of blockades and injustice and poverty endured by Canada’s Indigenous peoples.

The Olympic Games, no matter where they’re held, highlight the disparity between rich and poor. In 2007, the Geneva-based Centre on Housing Rights and Evictions reported the Games had displaced two million people over 20 years. Thousands more have been affected since then; more than 20,000 families were evicted from impoverished Brazilian favelas in advance of the 2016 Summer Games in Rio de Janeiro.

Vancouver raised disparity issues and negotiated some social housing in exchange for holding the 2010 event. And maybe it was because we got 252 units (although not all are affordable to truly low-income people) and some beautiful sport and community facilities, that once the Games got under way, most skeptics succumbed to Olympic fever. As the city filled with wholesome athletes and tourists, the streets came alive with extraordinary bonhomie.

I fell under the spell listening to k.d. lang singing Hallelujah the night of the opening ceremonies. Then came the medals: North Vancouver Maëlle Ricker’s gold in snowboard cross, Quebec figure skater Joannie Rochette’s bronze won so soon after her mother’s death. The Canadian women’s hockey gold medal, followed by the men’s hockey gold, our teams triumphant over the United States.

Even after it was over and city council realized its real estate gamble – building athletes housing that was supposed to turn a profit when sold as condominiums – was a bust, my mind tended to minimize the risk. My judgment was clouded by memories of how much fun it all had been. But to bid for the Games now, as the city grapples with more serious social problems including a tent city in Oppenheimer Park that has been there for more than a year, would be unseemly.

Vancouver Mayor Kennedy Stewart and B.C. Premier John Horgan haven’t dismissed the idea out of hand, perhaps reluctant to snub the powerful lobby from businesses that profit from the Games. Mr. Stewart says he would not consider a bid without a plebiscite or money to help address Vancouver’s social problems. But my sense is no amount of concessions will seem enough because the timing is off.

We recently saw the negative reaction to the opulence symbolized by Westbank’s chandelier sculpture under the Granville bridge. Now imagine the potential backlash if the city opts to throw a $1-billion-plus party. Sometimes the right answer is a simple no. 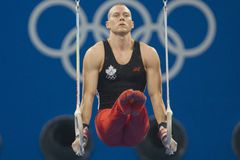 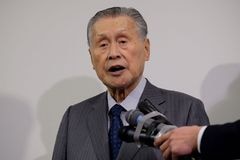 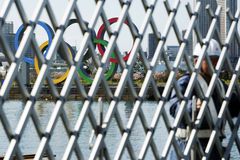