An endangered female orca that once carried her lifeless calf for more than two weeks has recently become a mother again.

Two years ago, Tahlequah, also known as J35, captured the world’s attention: the then-20-year-old marine mammal nudged her dead newborn around the Pacific Ocean for 17 days, marking the longest display of mourning ever documented among southern resident killer whales.

But the once-grieving orca was spotted swimming alongside a very small new calf on Saturday, says the U.S.-based groups Pacific Whale Watch Association (PWWA) and the Center for Whale Research (CWR). The centre described the newborn as “healthy and precocious.”

“Not just a baby in southern residents, but J35 has a baby. So we were just elated and walking on air,” Kelley Balcomb-Bartok, PWWA communications director, said this week.

Mr. Balcomb-Bartok’s group was the first to see the new calf, designated by CWR as J57. He said orcas from J pod showed up on Saturday first. With other members of J pod and some from K and L pods joining in, a superpod aggregation of all three pods took place for the first time this year in the inshore waters of the Salish Sea.

Mr. Balcomb-Bartok said one of his colleagues saw J35 swimming with her 10-year-old son, J47, and suddenly a “blip” surfaced – a tiny little dorsal fin emerged and disappeared very quickly.

Cindy Hansen, education co-ordinator with Orca Network, was among a group of whale watchers on Saturday waiting on the shore of San Juan Islands to witness the superpod. When they heard the news about the new baby, she said, they were “ecstatic and celebrating and there were tears and laughter.”

With the addition of J57, the population of southern resident killer whales now numbers 73. The Pacific Ocean habitat for these whales ranges from California to Alaska, and they are recognized as endangered in Canada and the United States. They feed almost exclusively on chinook salmon and rely on echolocation to hunt.

According to PWWA, the Salish Sea used to be a significant traditional and historical summer fishing ground for the whales, but owing to the declining stock of chinook salmon in this region, orcas are spending little to no time in the Salish Sea. This year, they were absent in their summer fishing waters during the months of May, June and August. They were spotted, however, in July.

But Mr. Balcomb-Bartok said because many orcas are reportedly “healthy and robust," there is an indication that they have been finding critical food sources off Swiftsure bank and chinook-salmon habitats to the north.

“The good news is they’re finding food elsewhere; the bad news is we’re depleting food that they used to rely so heavily upon,” he said.

Ms. Hansen said the fact that J35 is able to give birth to a healthy calf is a positive sign that she is getting enough food. She said there is a really high miscarriage rate in these whales because of lack of food.

The Center for Whale Research said nutritional stress in recent years is causing a large percentage of pregnancies to fail among these mammals, and there is about a 40-per-cent mortality for young calves. In 2018, J35′s newborn died moments after its birth.

Howard Garrett, co-founder and board president of Orca Network, said his group is cautioning the public to stay away from the pair.

“Just be very careful and give that mom and baby the very best courtesy and respect to grow up nice and healthy.”

Ms. Hansen noted that there have been pregnant female orcas in three pods. Two have been identified as J41 and L72.

She added that there has been some anxiety around the survival of J57, the new calf, but she encourages everyone to be hopeful. 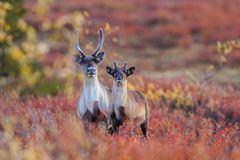 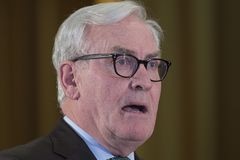 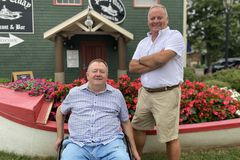