Almost 30,000 households in B.C. can breathe a sigh of relief this week with news that the federal government has made good on its promise to renew their subsidies.

The commitment to continuing operating and subsidy agreements for dozens of B.C. co-ops and non-profit housing associations was one piece of a comprehensive federal-provincial agreement that Social Development Minister Jean-Yves Duclos announced in Vancouver on Tuesday.

As well, some of the nearly $1-billion agreed to by Ottawa and Victoria will go toward reducing the rents of the thousands of units the province has already promised in its own housing plan and that cities throughout B.C. are contributing to by providing discounted or free land.

The formal agreement was first announced last November by the federal government as part of its plans for a new national housing strategy. It was welcomed on Tuesday by many in B.C.’s non-profit sector, even though none of the money will start to flow until almost a year from now.

“The province is creating the supply engine right now. The federal money will make that supply more affordable,” said Thom Armstrong, the executive director of the Co-operative Housing Federation of B.C. His group is involved in a new initiative from the City of Vancouver to build homes with free land from the city using a community land-trust model.

Shayne Ramsay, the chief executive of B.C.’s housing agency, said the renewal of agreements for existing housing in the federal government’s portfolio is a huge win.

“The most critical part of this agreement is the extension of the housing subsidies,” said Mr. Ramsey. “It’s the cheapest form of housing because it’s already there.”

The federal Liberals’ moves on housing are reversals of the direction that Ottawa has been moving in since 1994.

That’s when the Liberals, with then-finance minister Paul Martin leading the charge, started to move away from government-supported housing. The federal government killed off programs to invest in new social housing, which some say has led to the country’s current homelessness crisis.

In subsequent years, other federal governments began to transfer social housing to provincial governments, a move that led to B.C. selling off the Little Mountain social-housing project in Vancouver to a private developer. As well, co-ops and non-profit housing projects still in the federal portfolio were warned years ago that their operating and subsidy agreements with Canada Mortgage and Housing Corporation would be ending starting in 2019.

Tuesday’s announcement, which is the second provincial agreement Ottawa has signed after one with Ontario a few weeks ago, reverses at least that last part of the changes.

“For too long, the federal government pretended these [housing] problems were the problems of municipalities and provinces,” Mr. Duclos said.

He repeated previous statements that his government intends to reduce chronic homelessness by 50 per cent, “remove 530,000 families from housing need across Canada,” and introduce a new housing benefit of up to $2,500 a year per qualifying household.

Prime Minister Justin Trudeau campaigned aggressively in 2015 on a promise to do more for cities, especially when it came to the two critical issues of transit and housing.

While transit announcements and money have flowed steadily since the Trudeau team was elected, housing initiatives have been slower to get going.

Although there have been many announcements in the past two and a half years about housing, the disbursement of real dollars has often been delayed. The housing benefit, for example, is not scheduled to start until 2020, after the next federal election.

Tuesday’s news committed the province and the federal government to spending $999.1-million jointly. The money will also be spent on 100,000 new homes and repairs to more than 300,000 existing ones.

That’s on top of the $7-billion the NDP government says it is putting into housing programs over the next 10 years, with the idea of spurring the creation of 114,000 new, affordable homes. 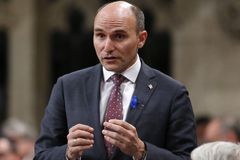