Exercise is keeping me sane during this period of social isolation and I know many people feel the same way. The freedom to walk the dog and go for a cycle is a salvation at a time when we can’t go to work, restaurants or visit with friends and family. And what a week in the outdoors it has been; the air fresh and temperature warming, coaxing everything into bloom.

It’s not as free in other countries coping with the COVID-19 pandemic. A friend of mine in France was recently out walking with her husband and was stopped by the police who asked what they were doing. They told the officer they were exercising. He informed them running is exercising – not walking – and sent them home.

As I ride around Vancouver on my bike, I have found physical distancing a challenge along many of my favourite routes. I gave up riding the Seawall on Week 1. It’s too popular and I felt the paths too narrow to safely accommodate pedestrians and cyclists trying to maintain a two-metre distance. Same holds for the wonderful Arbutus Greenway. Although I love these routes for cycling, they are not working now.

City officials are aware of other pinch points across the city and are looking for road space to temporarily steal from cars given that traffic numbers are down by half, says Paul Storer, Vancouver’s acting transportation director.

This week, the Park Board took a baby step in the right direction by closing Stanley Park to vehicle traffic. By removing the cars, the board hopes to encourage cyclists to stick to the road, clearing more space on the Seawall for foot traffic. And starting Saturday, the eastbound lanes of Beach Avenue will be closed to vehicles to make room for bikes and pedestrians between Hornby Street and Stanley Park.

As attractive as this might sound, do not mistake this for an invite to a West End street party, Mr. Storer stresses. These steps are being taken so that people living in the densest part of the city can get some safe exercise, just like the rest of us. If too many people show up, as we head into a beautiful long weekend, I think we can expect the whole show to shut down.

If things go well, Mr. Storer says, the city will seek additional opportunities to clear more space for exercise. It will also try to deal with problems caused by queuing outside some shops, which makes it impossible for pedestrians to pass by in safety. In some cases, parking spots in front of the stores may be closed to create a safe detour.

Meanwhile, those seeking a hard workout should try to get it close to home at off hours, Mr. Storer suggests. Runners can head out early or late when the crowds of walkers thin. And there’s probably nothing wrong with cyclists heading out of town to pound it on less-travelled roads where traffic is also light. But please, slow it down on city routes.

I am nervous about other panting cyclists and joggers passing me, even at a two-metre distance. And now modelling done by the global engineering simulation giant Ansys suggests there may be cause for concern. Plume tests, which measure the reach of breath droplets trailing in the wake of a runner or cyclist, indicate physical-distancing guidelines should be increased when people are exercising outdoors, particularly for those downwind.

The modelling shows it is safer for people to run side by side or in a staggered formation to avoid the slipstream. It doesn’t say by how much, and I note this is not a peer-reviewed study and some experts are taking issue with the preliminary findings. Still, the modelling appears to validate my feeling of discomfort when a spandex-encased rider recently flew past me on the 10th Avenue Bikeway at full speed, breathing hard about a metre away.

The COVID-19 restrictions have made me feel a bit like a kid earning privileges from Mom, aka B.C.’s Medical Health Officer, Bonnie Henry. I’m trying my best to be good and hoping against hope others will, too. Our reward will be permission to stay outdoors. 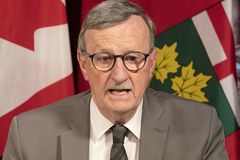 Opinion
In small-town Atlantic Canada, isolation is the norm and socializing is part of our survival
April 3, 2020 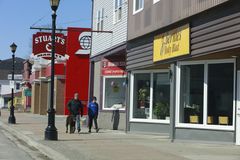 Opinion
You aren’t wasting your self-isolation – you are engaged in one of the largest acts of care in human history
April 3, 2020 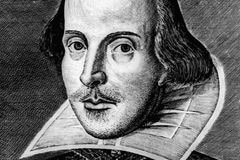