British Columbia is asking for a federal exemption to decriminalize the possession of small amounts of drugs for personal use after more people died from overdoses in 2020 than any other year.

Sheila Malcolmson, minister of mental health and addictions, said the province wants to see a national approach to decriminalization, but failing that, she has asked federal Health Minister Patty Hajdu to consider a provincial exemption.

Decriminalization is a vital step toward saving lives because it helps reduce stigma as a barrier for treatment, she said.

“Whether it’s Canada-wide or in B.C., it is in the federal government’s power to act,” she said at a news conference Thursday.

Chief coroner Lisa Lapointe said 1,716 people died last year from street drug overdoses as she and others expressed their frustration at the slow pace of action.

The “alarming” death rate of 33.4 per 100,000 represented the most fatalities in a single year from any unnatural cause, and far surpassed those caused by suicides, homicides, motor vehicle crashes and prescription drug deaths combined, she said.

Lapointe said harm reduction measures, such as overdose prevention sites, were starting to have an effect in 2019, but the COVID-19 pandemic drove people back inside their homes, where they use drugs alone.

“While many may think that deaths due to illicit drugs are confined to small areas or populations in our province, in fact people are dying in communities across B.C., from all walks of life, and leaving behind broken-hearted family, friends and colleagues,” she told a news conference.

Lapointe said virtually no part of the province is untouched by the opioid crisis, and most deaths are among males between 19 and 59 years old in private homes.

B.C. declared a public health emergency in 2016 after a significant increase in overdose deaths caused by powerful opioids, including the synthetic drug fentanyl.

Lapointe said fentanyl is still driving the public health emergency, while cocaine is the next most common substance detected, along with methamphetamine, other opioids and alcohol.

“We must turn this terrible trajectory around,” she said.

The coroner said it’s time to decriminalize the simple possession of drugs so that public health officials can reduce the harm and stigma associated with substance use.

“We know that decades of this punishing and stigmatizing approach have brought us to the devastating place we’re in today,” she said.

Lapointe also said essential harm reduction services must continue to be available for people who use illicit substances, including overdose prevention sites and access to the life-saving drug naloxone.

A safe supply of pharmaceutical alternatives is also essential, she said, and doctors and nurses must be encouraged to prescribe them to patients.

Further, a regulated, accessible system of treatment and recovery must be available across the province to ensure that help is there when people are looking for it, without wait times, she added.

Lapointe was joined by Chief Const. Mike Serr of the Abbotsford Police Department and Leslie McBain, co-founder of Moms Stop the Harm.

Serr co-chairs the drug advisory committee of the Canadian Association of Chiefs of Police, which recommended in July 2020 that all police agencies in Canada recognize substance abuse and addiction as public health issues and endorsed the decriminalization of personal possession of illicit drugs.

“As police, we need to continue to focus on organized crime and those who produce, import and distribute these highly toxic and lethal drugs onto our streets,” Serr said.

McBain, whose 25-year-old son Jordan Miller died of a drug overdose in 2014, urged B.C. Premier John Horgan and the federal government to do more.

Both have taken “incremental steps,” such as the federal government funding four safe-supply projects in Victoria and Vancouver, but hundreds of such locations are needed, she said.

“I don’t think this is how Canada rolls. It is now, but it isn’t where we want to be,” she said. “Stigma is the biggest barrier to change.”

Malcolmson’s request for a provincial exemption follows a similar request from the City of Vancouver in November.

If Hajdu is willing to consider decriminalization, Malcolmson said B.C. is prepared to work with police departments, people with experience of street drugs and others on the details of how it would work. If not, she said the province is prepared to pursue its own approach to the crisis. 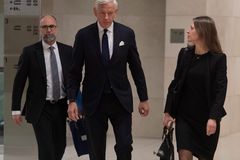 Opinion
Why wait? Canada has to start tackling the pandemic’s harmful side effects now
February 5, 2021 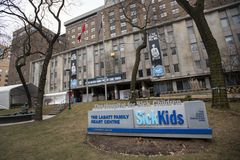 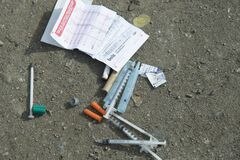