Within the past three weeks, criminal incidents and reports in Vancouver’s Strathcona neighbourhood have included a construction worker finding a loaded firearm, a man chasing people with a chainsaw, an assault in which police say the victim was likely lying on the ground injured for up to 12 hours before police were called, and a man shot in the leg.

The incidents revolve around Strathcona Park, where a homeless encampment began in June.

A similar scene emerged in Victoria over the summer. Unionized parks staff in June refused to do maintenance in Beacon Hill Park after workers were threatened by someone living in the park, forcing the city to add security. A month later, Victoria police waded into the park’s shrubbery to investigate a bicycle chop shop, where they reported dismantled bikes, industrial torches and propane tanks.

At another encampment, this one near Victoria’s City Hall, police in August announced multiple arrests after undercover officers posed as customers to buy illicit drugs from people in tents in the square.

The incidents are part of what has become a pattern in Canadian cities: A tent city springs up, neighbours raise crime and safety concerns and supporters say the sites, while not ideal, are better than crowded shelters or decrepit social housing – and a potent symbol of flawed housing policies.

With the COVID-19 pandemic, that cycle has gained speed and intensity. Pandemic precautions, including visitor restrictions in social housing and the closing or reduced hours of services such as shelters and drop-ins, have pushed some people onto the street. Renters' groups worry that some tenants may lose their homes if they can’t pay rent because of job losses or rent increases. Government programs to house people quickly in hotels and other buildings have brought complaints of crime, public disorder and a feeling of being under siege, while residents in neighbourhoods that are home to encampments report similar concerns. What may once have been a local issue has transcended boundaries and put public pressure on all levels of government to work together to find solutions.

“Homelessness is often the equivalent of the high-school dance, where you have all levels of government standing along the wall, staring at their shoes waiting for the other one to take the lead,” said Tim Richter, president of the Canadian Alliance to End Homelessness.

“I think we are in a unique moment in time where really meaningful, ambitious and effective action on homelessness is possible,” he said.

In June, B.C.'s NDP Minister of Social Development and Poverty Reduction Shane Simpson said in the legislature there were probably “about 40” encampments around the province, with up to 1,200 people in those locations. There have been encampments this year in Edmonton, Winnipeg and Montreal. A September report by Right to Housing in Toronto said encampments in that city increased significantly with COVID-19, with somewhere between 1,000 and 2,000 people, many of them Indigenous, living at the sites.

B.C.'s Provincial Health Officer Dr. Bonnie Henry in June issued guidance for homeless encampments, saying the pandemic would likely result in more encampments and that clearing or moving them without providing shelter or housing immediately “can cause people to disperse into the community and lose contact with service providers.”

The province also bought or leased buildings to provide emergency housing, resulting in complaints from some neighbours who said the sudden influx of new residents – many with complex health or addiction issues – led to a surge of crime and disorder.

This past Tuesday, Strathcona residents held a rally near the park, calling on all levels of government to take urgent action on homelessness. Some residents have signed a petition in support of withholding municipal property taxes to protest the city’s inaction on the tent city.

Camp advocates accused rally organizers of wanting simply to break up the camp and displace the people living there.

As the rally took place, Angela Peterkin spoke to reporters in front of her tent, which was tucked close to a fence on the park boundary. She questioned whether the people shouting slogans on the street would be lobbying for housing if there weren’t hundreds of tents in the park.

She said there were likely enough people living in the park to fill at least a couple of apartment buildings and wondered what governments were doing to make more low-cost housing available. “Instead of spending money on hotels, why not build something new?”

Victoria’s chief of police is also unhappy with the response to date.

“Many of these hotels that are being used as transitional shelter options as a step to get people off the streets, do not have the necessary health supports to support a number of people who are chronically ill,” Chief Constable Del Manak said.

“We’re still seeing significant impacts on community and public safety. We have sexual assaults that are taking place, we’ve had a number of stabbings in a number of locations – there’s a high level of violence that is out in our communities, in and around these locations. So by moving people indoors, you have made a minor improvement, but not the improvement that you thought you were going to make.”

Theo Lamb is executive director of the Strathcona Business Improvement Association and a Strathcona resident. She used to take her young son almost daily to Strathcona Park to play; they no longer visit. In her role with the BIA, she speaks regularly to business owners who say employees are worried about taking the bus or being out after dark in the neighbourhood. She is seeing more graffiti and worries the focus on the tent city threatens to overshadow the fact that homelessness, crime and disorder are not confined to the park and require urgent attention.

“Businesses are struggling through the pandemic. But the conditions that street and social disorder are raising are making it almost unbearable," she said.

In September, Vancouver council told city staff to consider several emergency options and report back early this month. The options include leasing or purchasing hotels or other buildings, establishing a temporary emergency relief encampment on vacant public or private land, or temporarily converting city-owned buildings into emergency housing or shelter space.

Last month’s federal Throne Speech said the government would focus on ending chronic homelessness. Ottawa then announced a $1-billion Rapid Housing Initiative. In B.C., a group of 13 mayors on Sept. 30 called for all provincial parties to address mental health and substance use in their platforms.

In the first days of the B.C. election campaign this fall, the Liberals made it clear they see rising homelessness as the weakest link in the governing NDP’s pandemic response. Party Leader Andrew Wilkinson denounced the “havoc” created by government’s emergency housing effort.

Todd Stone, the Liberal housing critic, said communities have been put at risk, and the homeless have been ill-served, because the move to convert motels to temporary housing wasn’t paired with enough support services.

“You can’t scoop people up out of camps and put them up ... and then just leave them there,” Mr. Stone said. He said the Liberals will provide a significant investment in support, but at the same time, the cornerstone of the Liberals' policy is to “move to end lawless camping in day-use urban parks.”

NDP Housing Minister Selina Robinson said the pandemic demanded swift action. Getting temporary housing in place was the first step, but she said the additional services are coming.

“We need more housing. But COVID-19 has brought new challenges, and increasing support for people and communities that are struggling with these issues is critical,” said Ms. Robinson, who is seeking re-election in Coquitlam-Maillardville.

Just days before NDP Leader John Horgan called the provincial election, his government announced six new Assertive Community Treatment (ACT) teams to provide mobile mental-health services in communities where homelessness has been most acute, including Vancouver, Victoria, Maple Ridge and Kelowna. “These teams reduced street disorder by 71 per cent and they reduced violence by 36 per cent. So we’re going with what works,” Ms. Robinson said.

Without intervention or support, most encampments reach a tipping point and either fold on their own or are torn down, often after a court order, said Iain De Jong, a consultant who has worked on homelessness issues for more than two decades.

Local governments and non-profit agencies as well as tent city residents, volunteers and supporters should be united in the push for secure, long-term housing, he said.

“I want to try and bridge the gap between two very polarized positions. On the one hand you have a push towards enforcement right away and on the other hand you have a block of people who think encampments should be allowed and even sanctioned until there is adequate affordable housing throughout the country. I think there is a space between … both sides need to listen to each other.”

Mr. Richter of the Canadian Alliance to End Homelessness says it is a “mistake and short-sighted” to link homelessness solely or too closely to mental illness or addiction issues, saying current levels of homelessness in Canada reflect decades' worth of policy decisions.

“There are answers to these problems – there is nothing you need to do that hasn’t been done somewhere.” Opinion
It is possible to end chronic homelessness if we act now
September 28, 2020 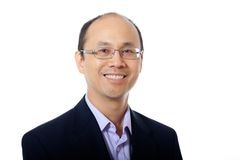