Provincial health ministers will be searching the March 19 federal budget for a single line – a dollar figure that would demonstrate the Liberal government’s commitment to a national pharmacare program. But expectations are not high.

Frustration has been building since the ministers urged Ottawa, three years ago, to help them manage the cost pressures of providing pharmacare programs that ensure access to prescription drugs to those in need.

Rising costs – driven especially by expensive drugs for rare diseases – are largely shouldered by the provinces and private insurance companies, but federal policies influence those budget pressures. Each province makes its own set of rules on what is covered. Private insurance programs pay for some drugs. And sometimes, patients fall between the cracks and have to pay for their own prescriptions.

A key turning point was expected in January of this year when Ottawa was to enact regulatory reforms to better control patented medicine prices. But those changes are now in limbo as Health Canada considers, for an indefinite period of time, feedback to the proposed reforms.

And last week, Ottawa released an interim report from the Advisory Council on the Implementation of National Pharmacare, which had surprisingly little concrete advice on how to implement a national pharmacare program.

The report does recommend a new, arm’s-length drug agency to oversee the evaluation of the efficacy and cost-effectiveness of new medicines, to spearhead negotiations with pharmaceutical companies and to manage a list of drugs covered for everyone.

B.C. Health Minister Adrian Dix says that proposal is fine, and he expects something in the budget later this month to launch it. But the measure falls far short of what is urgently needed, he said.

Expensive drugs for rare diseases are now the fastest growing cost pressure in British Columbia’s health-care budget. The average annual cost for each patient in B.C. who is eligible for public funding for one of these drugs is more than $600,000. And without reforms, that figure will only grow in the coming years.

Selling treatments for very rare diseases is a lucrative arm of the pharmaceutical industry, with vast profits to be had in catering to what are known as orphan diseases.

“These new drugs are increasingly marketed at very high and excessive prices, now in the hundreds of thousands to sometimes millions of dollar per patient each year,” Mr. Dix noted in a letter to federal Health Minister Ginette Petitpas Taylor last month, restating his request for federal action on reining in drug costs.

He suggested that progress may be hindered by the influence of an industry that would not benefit from reform. “The greater public interest of patients, private payors and public drug plans should be a fundamental priority over the interests of the pharmaceutical industry,” he wrote.

Michael Law, the Canada Research Chair in Access to Medicines, said the current system isn’t serving Canadians well, as each province and territory finds itself under pressure to pay for costly new patented drugs. Individually, they don’t have much bargaining clout to battle excessive drug prices.

“The provinces are looking at a trend in the marketplace toward these kind of drugs, and they have to make decisions about whether to cover them and how to pay for them,” Dr. Law, a health professor at the University of B.C., said in an interview. Every health minister in the country, he said, feels the pressure to approve coverage for patients who would otherwise be financially crippled by the cost of these drugs.

“And if a province decides to pay for an expensive drug, that means they are not paying for something else in health care.”

In the 2015 federal election, the Trudeau Liberals promised to make prescription drugs more affordable, by joining with provincial and territorial governments to buy drugs in bulk, to reduce the cost Canadian governments pay for these drugs.

That evolved into talk of a national pharmacare plan, but a meeting of health ministers last year failed to reach an accord. They’ll have another chance to work it out when the health ministers meet again in June.

But time is running out: If an agreement can be reached in this round, it will be just before the federal Liberals turn to planning for the fall election. Unless, of course, this timeline is geared to creating a plan for a program that would be offered in the Liberals’ next election platform.

Opinion
Pharmacare report is a start, but that’s about it
Subscriber content
March 6, 2019 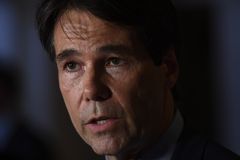 Pharmacare panel offers no prescription for how the new program would work
March 6, 2019 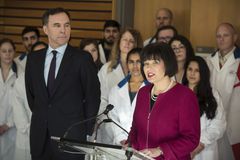 Canada should create new drug agency and list of medications available to everyone, council says
March 6, 2019 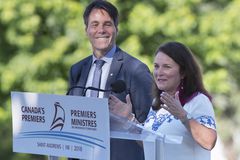