Leaked plans for a massive tech-focused office and apartment complex, near Vancouver’s False Creek waterfront, suggest that the area could see a population explosion if the project goes ahead on top of the already planned Squamish Nation development next door.

But that will depend on whether Vancouver council is willing to consider rezoning the former Molson Coors brewery site – land near Burrard Bridge that the major developer Concord Pacific bought four years ago – from industrial uses it’s restricted to now.

City planners have publicly rejected the idea of changing the zoning ever since Molson announced it was selling the property five years ago, saying that industrial land is in increasingly short supply in the region.

But Concord Pacific’s senior vice-president, Peter Webb, said it seems highly unlikely the city will hang on to the idea of preserving the land for traditional industry – something that typically requires a lot of space and provides few jobs – on a site that is across the bridge from downtown.

Concord had said it planned to develop a mixed-use site ever since it acquired the brewery site four years ago for $185-million.

But there were no specifics until a breach in the company’s website security this week allowed people outside the company to see renderings and plans for a new tech development called Quantum.

Those got published and immediately set off commentary on social media about the design and the proposed uses.

However, Mr. Webb said everything is preliminary and the images were only created as part of a package meant to show to possible investors. The company hasn’t put in a rezoning or development application yet and he didn’t have a timeline for when that would happen.

The building in the architectural visualizations that became public, which are intended more to indicate the building’s overall shape rather than specific details, was designed by the Vancouver company Civitas.

Now, Concord is using the publicity to make its argument that the site should be used for higher-intensity job uses than a factory, smelter or brewery, as well as for housing.

Mr. Webb said the company has had several discussions with Vancouver’s city planners about the project and, to this point, has mainly been advised to co-ordinate with the Squamish Nation about the big development it is planning on its land next to the brewery.

The nation revealed plans last year to build 6,000 apartments in 11 massive towers on a piece of land that runs along both sides of Burrard Bridge in the south, in conjunction with developer Ian Gillespie and his Westbank company.

A big new development next door is something the nation is interested in, said Squamish spokesman Khelsilem, who uses one traditional name.

“We are interested in working with all the players around the Senakw development where there are shared opportunities,” he said, adding that there are other private landowners, as well as governments, that are possible partners.

One benefit of additional development could be that it strengthens the case for bringing a streetcar to the old railway line in the area, he said.

The brewery had been serviced by train cars running on the old CP Arbutus Street line, which is now owned by the city and is supposed to be developed as a transit line some day.

Khelsilem said he doubted the Concord development would affect any marketing, sales or rental issues for the Squamish project because the timelines are so different.

The Squamish land is not subject to city regulation, so it could proceed relatively quickly. Concord’s project will need to get council approval for a likely contentious rezoning, as well as approval from Metro Vancouver over the loss of industrial land, along with the usual years-long process typical for any large project at city hall.

The city’s planning department said the company has yet to formally apply. 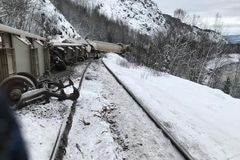 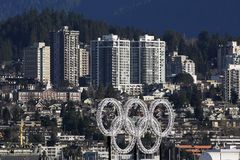 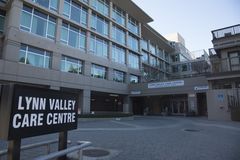