Police in British Columbia’s two most populous cities have been grappling with makeshift nightclubs that contravene the rules around pandemic-era social gathering, with Mounties in Surrey disclosing they just came across an illegal after-hours operation in a commercial space.

That discovery was made last weekend after Vancouver police found 77 guests at a three-level penthouse operating as a nightclub and show lounge, with menus, tables, point-of-sale terminals and cash tills for the convenience of guests, who were fined $230 each under the Emergency Program Act.

Operators of both ventures are also facing charges.

B.C. police said both incidents are rare. RCMP Staff-Sergeant Janelle Shoihet, senior media relations officer for E Division, which covers B.C., said she was not aware of any illicit nightclub issues outside of Vancouver and Surrey. Bowen Osoko, speaking for the Victoria Police Department, said he didn’t know either of any such incidents in his city.

Sergeant Steve Addison of the Vancouver Police Department said officers have responded to dozens of large parties and social gatherings, including after-hours gatherings in restaurants and storefronts, but the penthouse incident at the end of last month is the only file involving a nightclub inside a residence.

“Anecdotally, we’re starting to see more parties occurring inside rental hotel rooms, however none of these appear to have been operating for profit,” he said in a statement.

Mounties in Surrey disclosed their situation on Tuesday, saying they had previously been three times to the illegal nightclub, which has a bar and kitchen in what police described as a commercial space. On each occasion, the host was issued a $2,300 violation ticket under the provincial Emergency Program Act.

But early Sunday morning, police showed up with a search warrant.

They found 22 people, each of whom was fined $230, for failure to wear a face covering, attending a non-compliant event and belligerent behaviour that included verbal abuse of officers and encouraging others on the scene not to co-operate with police. The space was equipped with tables and chairs.

Corporal Joanie Sidhu of the Surrey RCMP said police have acted on social gatherings in a residence. However, the nightclub with alcohol sales marked a first.

“I don’t understand why people would continue to facilitate such a party like this, bringing people together in a manner that’s very dangerous for the community, with such a large group of people in a place where alcohol is being served,” Cpl. Sidhu said. “It’s frustrating. It’s disappointing.”

Dixon Tam, a spokesperson for the Fraser Health Authority, noted the health risks inherent in such a situation. “COVID-19 can be spread by those who generally feel well or have very mild symptoms, and we know close contact with others is how the virus is transmitted. Crowded indoor environments can help propagate COVID-19 spread and fuel spikes in local cases and community transmission,” Mr. Tam said in a statement.

The Ministry of Public Safety and Solicitor-General said a total of $600,530 in ticketing fines have been collected between Aug. 21, 2020, and Feb. 5.

“Any gathering and event that occurs in contravention of the [public-health orders] and protective measures order increases the risk of COVID-19 transmission and jeopardizes the health and safety of all British Columbians,” said a ministry statement issued by spokesperson Marielle Tounsi. 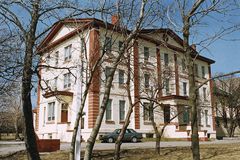 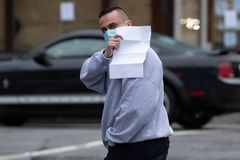