British Columbia Premier John Horgan says he is concerned about the Vancouver Police Department’s use of street checks and has instructed his Public Safety Minister to examine the issue.

The Globe and Mail this week reported Vancouver police’s use of street checks disproportionately involved people who were Indigenous or black.

Data released by the force show 16 per cent of street checks last year involved people who were Indigenous. But Indigenous people make up about 2 per cent of Vancouver’s population.

The data say people who were black, about 1 per cent of Vancouver’s population, were also disproportionately stopped. About 5 per cent of street checks last year were of black individuals.

The data drew the ire of civil-liberties advocates, but the police department denied the practice is driven by ethnicity and said its focus is on crime.

Mr. Horgan, speaking at an unrelated news conference on Thursday, said he had just discussed a number of issues with B.C.’s Minister of Public Safety Mike Farnworth and that street checks was among them.

“Law enforcement needs to have as much flexibility as possible to address public safety, but there are constraints on that flexibility – those are the issues that concern me,” the Premier said.

“And if there’s a profiling element of carding as characterized here, I want to know why that’s the case. Minister Farnworth is going to get to the bottom of that.”

Street checks, or carding, involve stopping people to gather information without a reasonable suspicion that an offence has been committed. The issue drew attention in Ontario after complaints about privacy violations, and police were accused of targeting minorities disproportionately . Justice Michael Tulloch of the Court of Appeal for Ontario is reviewing the province’s laws on street checks, with recommendations expected next year.

Mr. Horgan said he would have a “better answer” on the issue after Mr. Farnworth speaks with police.

“I am concerned, as is Minister Farnworth, about the possibility carding is taking place in the Lower Mainland or other parts of British Columbia,” he said.

In a statement this week, Vancouver’s mayor described street checks as a “challenging issue.” Mr. Robertson said he looked forward to seeing a street-check policy the department has been developing by the end of the year.

When asked about the street-check data during an interview Thursday, Mr. Robertson said he had concerns.

“It’s as shocking as the disproportionate number of homeless people who are Indigenous – it’s over 40 per cent of our homeless population. We see these challenges across the city and there’s lots more work to do on the drivers of all of this,” he said.

Vancouver police declined to respond to the comments from the Premier and mayor.

In a statement earlier this week, Vancouver police spokesman Sergeant Jason Robillard described street checks as a valuable public-safety tool. He said they occur when an officer “encounters someone believed to be involved in criminal activity or a suspicious circumstance, and documents the interaction.

“Our street checks are not based on ethnicity. They are based on a crime or an action − not the person,” he wrote.

He said individuals who were Caucasian were also over-represented in the stops last year. He said they made up about half the population, but 57 per cent of those checked.

The B.C. government plans to finalize provincial standards around unbiased policing next year in response to recommendations made in 2012 during the missing-women inquiry. Clayton Pecknold, the government’s director of police services, this week said he expects the new standards to address street checks.

However, Mr. Pecknold said provincial standards are “fairly high-level” and he would expect police departments to develop policies and procedures that go into finer detail. 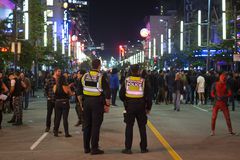 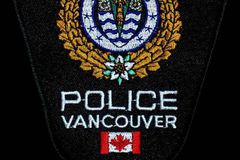