A little-known remote island off the coast of Victoria endures as a grim Canadian example of how contagion can fuel racism, says a University of British Columbia professor.

Sociology professor Renisa Mawani says the recent increase in hate attacks against East Asian people in British Columbia and across Canada has echoes in the late 19th century when the City of Victoria established a leper colony on D’Arcy Island in 1891.

Located in Haro Strait off the coast of Vancouver Island, D’Arcy Island is now a provincial marine park. But between 1891 and 1906, Victoria used it as a place to quarantine almost exclusively Chinese men who arrived in British Columbia to work as cheap labour. Of the 49 inhabitants, 43 were Chinese.

Back then, white people afflicted with leprosy in Canada were admitted to a federally operated leper colony in Tracadie, N.B., a hospital-like setting run by doctors, nurses and nuns. But Chinese lepers were sent to D’Arcy Island, without being treated or cared for. A ship carrying food and supplies visited the island every three months.

Prof. Mawani acknowledges COVID-19 in 2020 is not the same as leprosy from more than a century ago. But she said there has been a repeat of some alarming patterns that connect the two events.

“In the current pandemic, Wuhan has been identified as the source of COVID-19,” she said of the Chinese city. “In response, we’ve seen a rise in anti-Asian violence in Canada, the U.S. and elsewhere. We need to think of racism not in terms of individual attitudes but as symptomatic of wider structural and historical inequalities that are local, national and global.”

She says that U.S. President Donald Trump’s repeated reference to COVID-19 as the “China virus” is reminiscent of the reference to leprosy as a “Chinese disease,” one brought to Canada by Chinese immigrants. She found those references in official documents while researching her first book.

“Even though, that wasn’t the case at all,” she said in an interview. The lepers contracted the disease from living in crowded barracks.

Prof. Mawani’s book Colonial Proximities examined Canada’s laws and how they affected Indigenous peoples, Chinese migrants and those who were classified as “mixed race” between 1871 and 1924.

“Of course COVID-19 is not leprosy, but the social, political and legal responses to it – especially the connections between racism, disease, and white supremacy – feel very familiar to me,” she said.

Late last month, Vancouver police laid an assault charge in an attack on a 92-year-old man with dementia that they have described as part of a wave of hate-motivated incidents targeting members of the East Asian community during the pandemic.

Deputy Chief Constable Howard Chow said he is expecting charges on 15 other files. Police said they are dealing with 155 hate-associated reports this year, up from 69 for the same time in 2019. Many victims are members of the city’s East Asian community.

The leper colony at D’Arcy Island was set up in an era where a series of discriminatory policies were also adopted in the country – for instance, the Chinese head tax in 1885 and the Chinese Exclusion Act in 1923.

Victoria’s Chinatown, established in 1858, was the first in Canada. The influx of Chinese immigrants to British Columbia during the late 1800s and early 1900s fuelled prejudice, leading to segregated schools and the establishment of the Anti-Asian League, which resulted in several riots.

“The responses to leprosy were actually part of this wider exclusion and racism, state racism and legal racism directed at the Chinese in B.C. and Canada. It was part of a structural racism,” Prof. Mawani said.

Management of the island was handed to the federal government in 1906.

She said the pandemic has illustrated in “very stark ways” the persistence of racism in Canada not only directed people of East Asian ancestry, but also at Black and Indigenous communities.

Data released last week by Toronto Public Health indicates COVID-19 has infected racialized and low-income people in Toronto at far higher rates than the general population outside of long-term care homes. Data from the United States have indicated those communities have been disproportionately affected by the virus in that country and doctors, community organizations and public-health workers have suspected the same in Canada.

The findings by Toronto Public Health showed that despite making up 52 per cent of the population, racialized people accounted for 83 per cent of COVID-19 cases between mid-May and mid-July. The data do not include long-term care and retirement home residents, as these people are not asked about their race or their income. The data also did not include Indigenous identities.

The data reveal health inequities that existed long before the pandemic and will continue if governments don’t look to address the upstream causes, experts say.

John Lutz, history professor at the University of Victoria, said racism lurks below the surface and many events such as a disease could allow them emerge again.

“These kind of incidents are to dig into that reservoir of racism and pull it out again into the public eye.” 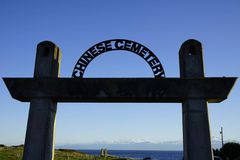