A Victoria councillor who drew heat for proposing the military pay for events such as Remembrance Day ceremonies in the city is standing by his idea, but admits the timing was unfortunate.

Ben Isitt raised the idea on Thursday during a debate over a request from the local police force for an increase in funding for policing Canada Day and military-related events such as the Victoria Day parade and Remembrance Day. His proposal would direct city staff to engage the Department of National Defence and Veterans Affairs Canada to recover costs associated with the events.

Thursday was the 75th anniversary of D-Day and the Allied invasion of Normandy.

“I think the timing was very unfortunate, in terms of council receiving the request for additional funding from police on the 75th anniversary of D-Day,” Mr. Isitt said in an interview on Friday. “I think a lot of the emotional reaction that we’re seeing reflects that timing.”

In an online post, Mr. Isitt also blamed “conservative political forces and their agents in the corporate media” for the furor.

“We should not be surprised that neofascist, ‘alt-right’ formations … and more moderate conservative voices in the corporate media would prefer that citizens in Victoria and other communities focus on controversy rather than tackling the major challenges of our time,” he wrote, citing climate change and poverty as examples.

Mr. Isitt said he believes the idea would not have evoked the same response if it had been deferred to a future council meeting, but funding for Remembrance Day and Canada Day are bundled together.

“I still think it’s good policy,” he said. “I wish we had considered it on another day. I’m not sorry for standing up for the taxpayers. But if anyone took offence because of the timing of the decision, I am sorry for that.”

Council will revisit the issue at its next full meeting, on June 13.

The BC/Yukon Command of the Royal Canadian Legion said in a statement “any attempt to dismiss the responsibility of honouring those who have sacrificed their lives for what we enjoy is a choice to forget.”

“The Department of National Defence and Veterans Affairs Canada are not the sole owners or benefactors of our veteran efforts,” executive director David Whittier said in the statement.

Victoria Mayor Lisa Helps said the motion comes from a “good place” but is misguided, and that she hopes councillors hear the feedback and vote it down next week.

“We are under-resourced. That’s the spirit that the motion was made in,” Ms. Helps said in an interview on Friday. “However, I don’t support the direction and I think we do have a responsibility, even with our very limited tax dollars, to pay for the costs to have events like Remembrance Day to honour the people who have served, and who are still serving, and those who haven’t come home and don’t come home.”

The controversy comes after a debate last year about the removal of a statue of Sir John A. Macdonald, Canada’s first prime minister, from the front steps of Victoria City Hall as a gesture towards reconciliation with Indigenous people.

Asked if the B.C. capital was getting a reputation for feisty debate over values, Ms. Helps said a healthy democracy opens the door to discussing contentious issues.

“We live in very complex times. I wouldn’t say Victoria is associated with controversy any more than any other city that’s thinking about how we air difficult issues in a democracy,” she said. 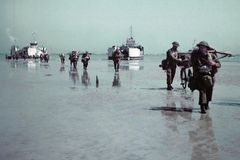 In Toronto, beneficiaries of the historic Tailor Project that brought Jewish refugees to Canada meet for the first time
May 1, 2019 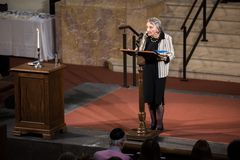 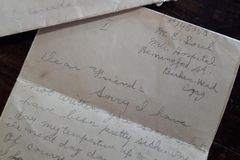