Police in an Oregon community recommended a charge against a Vancouver police constable for allegedly assaulting his girlfriend during a 2017 vacation in the state, but the prosecutor handling the file said it would be too complicated to proceed with it, says a report on the case.

The Vancouver officer, Neil Logan, is now subject to a review by the Office of the Police Complaint Commissioner for British Columbia after the police watchdog raised concerns about sanctions against the officer proposed by the Vancouver Police Department.

An incident report from the Seaside Police Department in northwestern Oregon, obtained by The Globe and Mail, recommended a charge of harassment against Constable Logan.

However, the deputy district attorney handling the file rejected the idea of prosecution in the alleged assaults on Alyssa LeBlevec.

“DA not filing charges in case due to lack of suspect statement and the difficulty inherent in an international prosecution,” said a 2018 statement added to the file prepared initially by Officer Mike Baugher and then amended by Officer Heidi Schneider.

The statement, referring to the views of deputy district attorney Scott McCracken, added that these issues were “all factors that make a difficult case even harder.”

Mr. McCracken did not respond Thursday to requests for comment on the file.

In an interview, Ms. LeBlevec said Mr. McCracken told her in a phone conversation that it was not financially beneficial to U.S. taxpayers to handle a case involving two Canadian citizens.

“I never really had high hopes for the investigation down in the States. I was a criminology student at the time so I understood the law,” Ms. LeBlevec said Thursday. “I was actually surprised that the Seaside Police Department took it as far as they did. They seemed to think they actually had a good case."

She said the decision not to proceed with a prosecution was disheartening.

At issue are allegations that Constable Logan struck Ms. LeBlevec multiple times while they were visiting Seaside, Ore., about 130 kilometres west of Portland, in September, 2017.

According to the eight-page police report, which includes a summary of an interview with Ms. LeBlevec, she and Constable Logan had been dating for five months at the time of the trip.

Constable Logan had been drinking heavily, according to allegations in the report. In a car on the way back to their hotel, the report alleges, Constable Logan said Ms. LeBlevec did not love him, punched the windshield until it broke and backhanded her with his left hand as she was driving.

Subsequently, once the car was stopped, he gripped Ms. LeBlevec in an unwanted bear hug, then later struck her when they returned to their accommodations.

Officer Baugher, says in his report, that he reached out to Constable Logan a month after the alleged assaults. Constable Logan is said to have responded that Ms. LeBlevec was “lying and couldn’t be trusted” and that he would need to speak to his union representative before commenting.

A few weeks later, the report says, Constable Logan said he would make a statement. Later his lawyer, Kevin Woodall, also said his client would send police a statement. But as of 2018, the Seaside Police never received written accounts from the Vancouver officer.

Mr. Woodall did not respond on Thursday to a request for comment.

The police complaint commissioner is dismissive of the reviews’ findings. Commissioner Clayton Pecknold said discipline authorities with the VPD made passing references to the “dynamics related to domestic violence” but did not conduct a full assessment of those dynamics.

On Thursday, the VPD said, for the second consecutive day, that it could not comment on the case or provide information because the matter is being handled by the Office of the Police Complaint Commissioner.

Sergeant Aaron Roed, a spokesperson for the VPD, said in a statement that Constable Logan’s employment status has not changed. 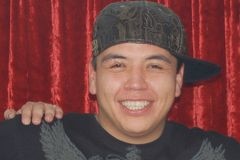 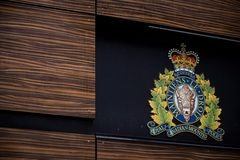