Opposition to a natural gas pipeline running through Northern British Columbia is surging, with dozens of rallies halting traffic in Vancouver and city centres, and one group of protesters forcing Prime Minister Justin Trudeau to change venues for a meeting with Indigenous leaders.

The 670-kilometre pipeline would ship natural gas from northeast B.C. to a liquefied natural gas terminal in Kitimat, on the coast. It is a crucial link in the $40-billion LNG project the B.C. and federal governments announced amid much fanfare last fall. Elected representatives of all 20 Indigenous bands along the pipeline route have signed project agreements with the company. Five of those bands belong to the Wet’suwet’en Nation: Wet’suwet’en First Nation (formerly known as the Broman Lake Indian Band), Burns Lake, Nee Tahi Buhn, Skin Tyee and Witset.

Although elected officials have backed the project, some hereditary chiefs have opposed it, with some saying the pipeline runs through the traditional territory of B.C.’s Wet’suwet’en Nation.

TransCanada Corp. subsidiary Coastal GasLink was granted a court injunction in December to remove obstructions protesters had placed in Wet’suwet’en territory to proceed with construction for the $6.2-billion pipeline. On Monday, Mounties enforcing the injunction arrested 14 people; that action, and images of heavily armed officers climbing gates and handcuffing civilians, escalated tensions and galvanized support for the Wet’suwet’en across the country.

On Tuesday, hundreds of people marched through Vancouver’s downtown core and gathered at Victory Square, where Grand Chief Stewart Phillip, president of the Union of B.C. Indian Chiefs, delivered a message to uproarious applause: “I want to say to Prime Minister [Justin] Trudeau: Welcome to battleground British Columbia.”

In Ottawa, demonstrators burst through the doors of a conference centre where Mr. Trudeau and members of his cabinet were scheduled to meet with chiefs of self-governing First Nations and modern treaty holders, forcing the group to relocate to a government building a few kilometres away.

In opening his discussions with the chiefs, Mr. Trudeau said “there are still many hurdles to overcome, many challenges we will work on together, and you know, in this government, you have a partner willing to figure out the path forward …”

He did not address the pipeline issue, despite the disruption. 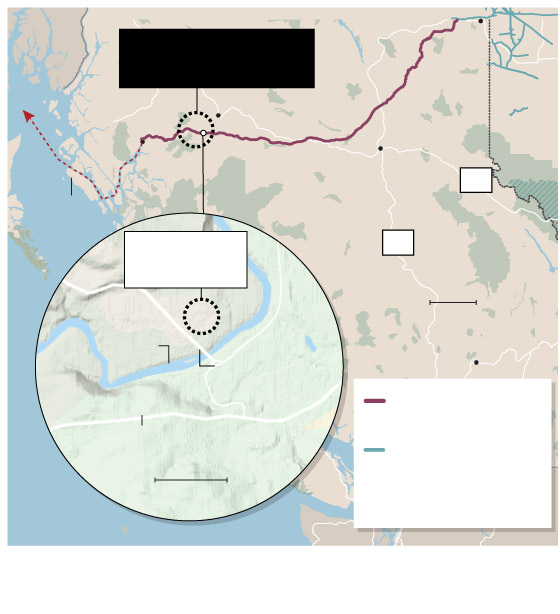 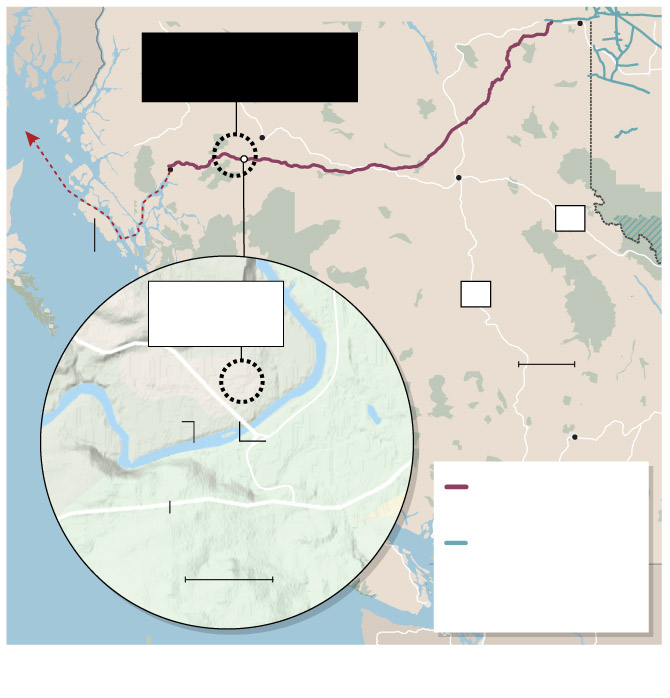 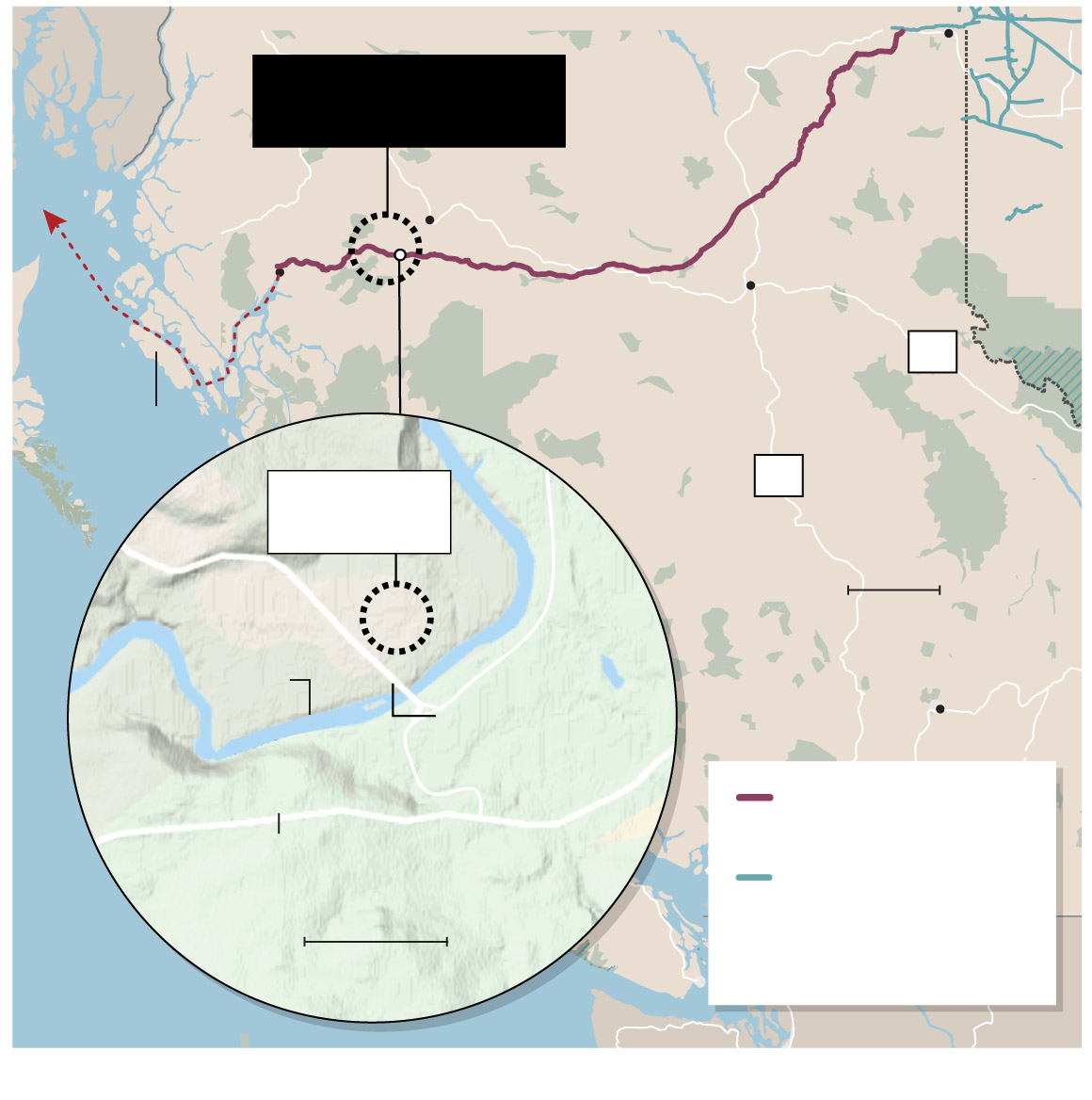 Instead, the office of Public Safety Minister Ralph Goodale reissued a statement saying the government remains committed to a renewed relationship with Indigenous peoples based on the recognition of rights, respect, co-operation and partnership, and that the RCMP respects and protects the right to peaceful demonstrations.

The protesters in Ottawa joined those in cities across the country. They shouted “protect the sacred, water is life,” as they marched through the main hall of the convention centre.

Joyce Eagle, a member of Treaty Four, which is based in the central prairies, said she joined the demonstration because she believes Canada is robbing land and resources from Indigenous people.

“Our law trumps Canada’s law and [Mr. Trudeau] should honour what he promised,” Ms. Eagle said, pointing out that the government has signed the United Nations Declaration on the Rights of Indigenous Peoples, which says Indigenous people should not be forcibly removed from their land.

"Look at us, we are fierce and empowered,” said Audrey Siegl, a Musqueam First Nations member who helped lead the march. “We are uniting and rising to save Indigenous people across Canada.”

Wet’suwet’en member Jennifer Wickham said she was happy about the scale of these rallies, but not surprised.

“We’ve received a lot of support from Canadians and those living abroad. I think people are beginning to recognize that Wet’suwet’en have distinct rights," Ms. Wickham said.

On Tuesday, a convoy of police vehicles trailed behind a road grader that cleared the snowy path at the site southwest of Houston, B.C. As dusk fell, Corporal Madonna Saunderson, spokeswoman for the RCMP’s north district, said police would likely resume the journey on Wednesday.

About 30 Unist’ot’en supporters huddled around a campfire at a checkpoint leading to the site.

Ian Michell and his wife, Arlene, helped set up a large tent with a pot-bellied stove inside for warmth and a propane barbecue to heat up a vat of chili for the Wet’suwet’en members who shrugged off temperatures that dipped to -13.

Mr. Michell said he is unhappy that the RCMP has said Indigenous title to the traditional territory of the Wet’suwet’en still needs to be determined by a court.

“The police should be working with our people rather than being aggressive and forcing their way through,” she said.

The Office of the Wet’suwet’en is the umbrella group for 13 hereditary house groups, which fall under five clans. “By no means have we ever given Coastal GasLink or the B.C. government any environmental permission,” said Debbie Pierre, the office’s executive director. “Our hereditary chiefs cannot support this pipeline.”

In downtown Calgary, about 60 people who attended a rally in support of the First Nations outside the headquarters of TransCanada Corp. were greeted by about the same number of pipeline supporters who were encouraged to come out by Canada Action, a Calgary-based lobby group.

Stephen Buffalo, CEO of the Indian Resource Council of Canada, which represents oil-and-gas producing First Nations, took part in the pro-pipeline part of the rally.

“The big thing is we’ve got to be able to support our communities that said yes to this [project] because it’s their community that needs that financial benefit,” he said. “It’s about getting out of poverty and finding a way for our people.”

Coastal GasLink said police action was not an outcome the company ever wanted.

“Instead, we have always strived for opportunities to have an honest, open discussion about how to resolve this issue,” it said in a statement. “It is unfortunate that the RCMP must take this step so that lawful access … can be re-established.”

Among those arrested Monday was Delee Nikal’s 72-year-old mother.

“When I spoke with her after her release, she said it really hurt her heart to see people that were just asserting their rights, their ability to be on their territory, to have that ripped away and be forcibly removed,” said Ms. Nikal, a Wet’suwet’en community member from the Gidimt’en clan and the Casyex House.

But Ms. Nikal was heartened by the solidarity actions.

“The biggest thing right now,” she said, “is that people are waking up and taking notice.”