Laurie Brooks drank sparingly and had only “done weed a few times” during her first five decades on Earth, but last summer the former banker decided to try psilocybin, or magic mushrooms, to combat the dread and anxiety from the colon cancer that doctors had said could kill her within a year.

With the guidance of a counsellor in Abbotsford, B.C., Ms. Brooks says she took a six-hour session last October that enabled the fiftysomething mother of four to achieve the serenity needed to enjoy each of her remaining days.

Now, Ms. Brooks is one of four Canadians recently given a landmark special approval by Health Canada to seek out end-of-life treatment using the illegal drug. Advocates say they intend to ramp up applying for these Section 56 exemptions to federal drug laws to increase the use of psychedelics in palliative care and, eventually, the decriminalization of all substances.

The exemptions, which were filed in April and approved by the federal Health Minister’s office on Aug. 4, mark the first time the drug has been made legal for people since the substance was prohibited in 1974.

Health Canada states that purified versions of psilocybin are being studied in clinically supervised settings to treat various conditions, but there are currently no approved therapeutic products containing the drug in Canada. The department says magic mushrooms do not usually lead to addiction, but a user may experience anxiety, fear, nausea and muscle twitches when they take the drug.

Since her psilocybin session, Ms. Brooks was able to put her cancer into remission with another round of chemotherapy and two surgeries, but doctors estimate there is an 80-per-cent chance of it returning. In case that happens, she says she applied for the exemption, which allows her to possess and consume the illicit substance she has sourced. She said an even greater motivation to apply is to allow other sick Canadians to experience this same treatment and improve their final days.

“After my trip I was able to see my cancer as being in a box on the floor beside me and to this day that’s still where I see it,” Ms. Brooks said of her treatment. “Sometimes it comes out and I have to let it out, but for the most part it’s been in the box instead of looming over me all the time, and that was a massive change for me.

“Before that, I was just thinking about dying and leaving my husband and kids.”

The applications were supported by the non-profit Therapsil, which formed to advocate for terminally ill patients, educate professionals and the public about psychedelic drugs, and collect research about the emerging science.

Spencer Hawkswell, chief executive officer at the organization, said Therapsil is already in the process of filing a “few more” applications for these exemptions, the beginning of a trend that he said could lead to Ottawa legalizing these drugs for palliative patients.

“It’s not an easy task, but they have shown they do have compassion for these people and I would assume that, as demand builds, the government is going to act on this,” Mr. Hawkswell said.

Nathaniel Erskine-Smith, a Liberal MP for Toronto’s Beaches-East York riding, said the exemptions are definitely an important step toward further decriminalization of other drugs.

“Unquestionably it is progress and it is an indication that Health Canada and the federal government is willing to pursue evidence-based drug policy,” Mr. Erskine-Smith said.

Once Parliament goes back in the fall, he said he will reintroduce his private member’s bill to decriminalize the possession of small amounts of illicit drugs, which would obviate the need for further psilocybin exemptions.

“Public health experts, and police chiefs, and parents who have lost loved ones and any serious person who has looked at this issue have called for the very same thing,” he said. 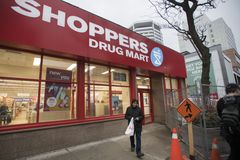 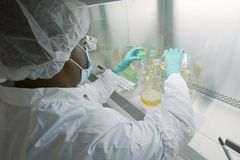