RCMP arrested 14 people on a northern B.C. forestry road on Monday, escalating tensions over a proposed natural gas pipeline that would run through the traditional territory of B.C.'s Wet’suwet’en First Nation.

Those arrested included Molly Wickham, a spokeswoman for what is known as the Gidimt’en checkpoint, and others who had been at the site, Carla Lewis, who described herself as a Gidimt’en clan member, said in an online message.

Ms. Lewis said those arrested had been taken to the RCMP detachment in nearby Houston, B.C., where some people were being processed and others were released.

“It will never be the same out there,” Ms. Lewis said in a message. “A huge ... camp and construction activities for years in an area that is usually quiet and pristine.”

Both checkpoints restrict access to a road that is needed for pipeline construction.

That pipeline is a crucial link in a $40-billion liquefied natural gas project the B.C. and federal governments announced amid much fanfare last fall. It is to be built by Coastal GasLink, a subsidiary of Calgary-based TransCanada Corp.

The $6.2-billion Coastal GasLink pipeline would ship natural gas from northeast B.C. to an LNG terminal in Kitimat, on the coast. Twenty Indigenous bands along the proposed pipeline route have signed project agreements with TransCanada. But a group backed by key Wet’suwet’en hereditary chiefs remains opposed. 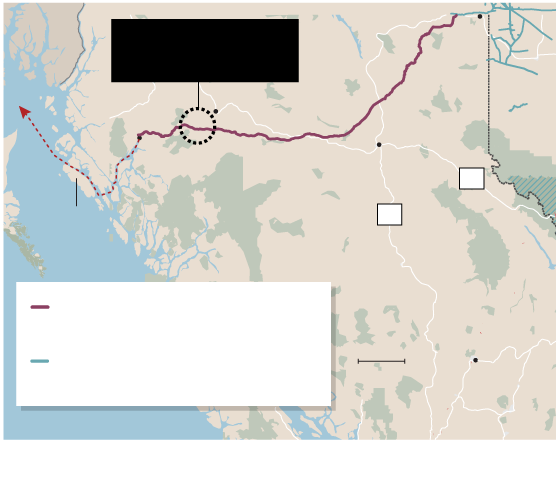 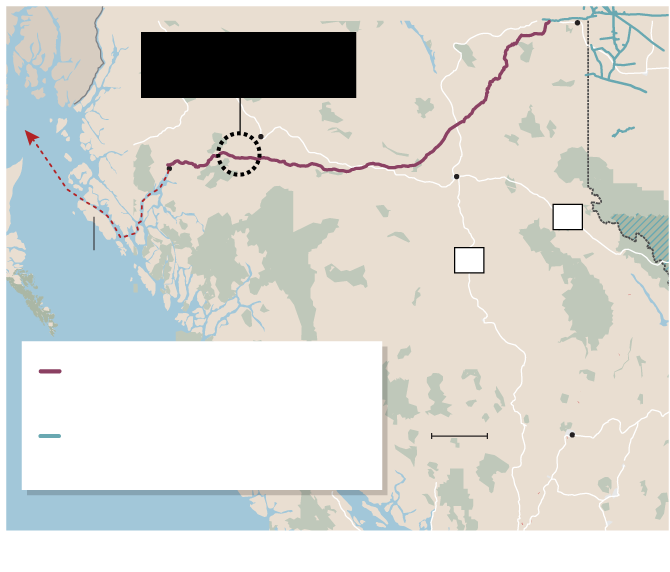 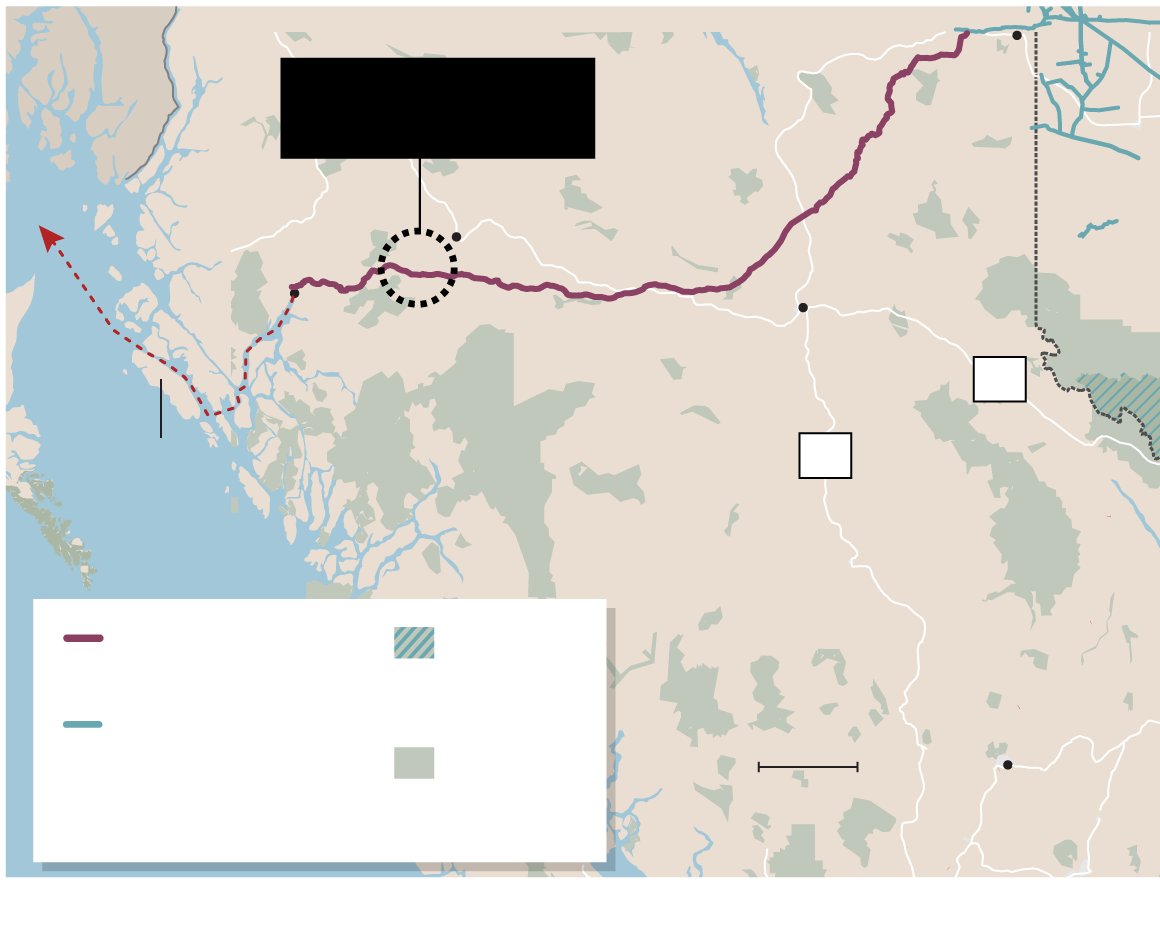 Site of protests near

In December, a B.C. Supreme Court judge issued an injunction that ordered opponents of the pipeline to allow workers to access the site.

RCMP on Sunday issued a statement saying that they were planning to have enough officers at the site to “keep the peace and ensure everyone’s safety.” On Monday afternoon, officers set up a roadblock near the Gidimt’en checkpoint, turning media and members of the public away from the site.

Some officers manned the police checkpoint as others headed toward the camp, with those protesters on site saying about 20 and 30 police vehicles were involved.

Jennifer Wickham, a spokeswoman for the protesters, speaking before the arrests, said previous court cases have established Indigenous rights in the region.

“I think it’s really important for Canada, for the government, to realize that this isn’t just a protest,” she said. “We are defending our inherited rights. We have proven in Canada’s highest courts that those rights haven’t been extinguished. We need to start hearing from Canada’s politicians on what they’re going to do about the situation.”

The RCMP said in its statement on Sunday that the court order, issued on Dec. 14, gave officers the discretion to determine how and when to act. The force said that title on the lands has never been determined. The Supreme Court of Canada, in its 1997 Delgamuukw decision, confirmed Indigenous peoples have valid claims to ancestral lands they have never ceded by treaty. But the RCMP said a new trial is needed to settle the question of title.

“The new trial has never been held, meaning that aboriginal title to this land and which Indigenous nation holds it, has not been determined,” the RCMP said.

In B.C., there are only a handful of treaties and most of the province is subject to unresolved land claims. Differences between elected chiefs and councils, who oversee matters on reserve, and hereditary leaders who claim traditional territories, are not uncommon.

Coastal GasLink needs access across the Morice River bridge to do pre-construction work, TransCanada spokesman Terry Cunha said in an e-mail, adding that the bridge provides the only physical connection in the area to the right of way.

The pipeline would be about one kilometre south of the Unist’ot’en camp.

The decision to seek a court injunction to gain access was not taken lightly, he added.

“Unfortunately, it has become a last resort and a necessary action in our efforts to safely gain access to the Morice River Bridge, after years of attempting to engage the camp to work through a solution. As we have done in the past, we will continue to keep the lines of communications open to find a mutually agreeable solution,” Mr. Cunha said.

The federal MP for the region called for the Prime Minister to get involved, saying the current impasse reflects important questions related to Indigenous rights and title.

“[Prime Minister] Trudeau has repeated many times that there is no relationship more important to him than that with Canada’s Indigenous peoples - I think he needs to engage,” said Nathan Cullen, NDP MP for Skeena-Bulkley Valley, speaking from Houston, B.C. after being turned back at the RCMP roadblock.

A government spokesman said Ottawa is committed to a renewed relationship with Indigenous peoples based on the recognition of rights, respect, cooperation, and partnership. "The RCMP respects and protects the right to peaceful demonstrations as guaranteed under the Canadian Charter of Rights and Freedoms,” Scott Bardsley, spokesman for Public Safety minister Ralph Goodale said Monday in an e-mail.

With reports from Justine Hunter and The Canadian Press