Police in several Vancouver-area municipalities are investigating allegations of voter manipulation, with RCMP in Surrey, B.C., saying they’ve found evidence of electoral fraud, while officials in Richmond, Burnaby and Vancouver are investigating a purported vote-buying scheme.

The Surrey RCMP said in a news release on Friday that they have interviewed 69 people whose personal information was used to complete applications for absentee ballots. Of those, only two were completed by the voter listed on the application. The investigation was prompted last month by Surrey chief elections officer Anthony Capuccinello, who said he and his team discovered the irregularities after looking at 160 applications for absentee ballots.

The concern was flagged just as absentee ballots for the Oct. 20 municipal elections in British Columbia were set to be mailed to residents. The city halted the mail-out and anyone wanting an absentee ballot must now pick one up in person, show identification and sign for the package.

Police say the investigation team has found no evidence to link any civic election candidate or party to the fake applications, but two people of interest have been identified and criminal charges or charges under the Local Government Act will be considered.

Also Friday, police services were forwarded concerns from Richmond, Burnaby and Vancouver after a Richmond-based group calling itself the Canada Wenzhou Friendship Society posted on WeChat, a Chinese-language social-media app, that it would provide voters with a $20 “transportation fee” if they went to the polls. The post encouraged its members to vote for Chinese-Canadian mayoral and council candidates.

“To encourage people to actively vote in the municipal elections, Wenzhou Friendship Society will subsidize everyone who votes with $20 transportation fee,” the post says.

The City of Vancouver said in a statement on Friday afternoon that it’s aware of the post and is investigating in conjunction with the City of Richmond and City of Burnaby. It has also referred this matter to the Vancouver Police Department as a potential offence.

Richmond RCMP says it’s investigating the issue. Burnaby RCMP confirms that it has opened a file and will work along with the chief elections officer in Burnaby in assisting the Richmond RCMP with its investigation.

The Globe and Mail called the society Friday morning. A volunteer with the group answered the phone and said it had cancelled the offer the same day it was posted after receiving some criticism.

Amy, who declined to reveal her last name, said to encourage Chinese Canadians to cast their votes, the group planned to drive voters, especially elderly voters to different voting locations. She said the idea of the subsidy came up when the society realized that it didn’t have enough people to provide the transportation. The money was meant to help people subsidize their own transport.

She said that she wasn’t clear about who was to pay the subsidy, but the offer was withdrawn as soon as the society was made aware that what it was doing was improper.

Richmond incumbent councillor Chak Au was also on the list. He said he has heard of the issue and called such a practice “absolutely wrong.”

“How can you participate in the election in this way in Canada’s democratic society?” he said in an interview.

Wai Young said that she doesn’t know anything about this issue.

According to the Local Government Act, a person must not pay, give, lend or procure inducement, such as money or gifts, to induce a person to vote. Such practices will be considered vote-buying.

Penalties for vote-buying can include a fine of up to $10,000, imprisonment for up to two years, or a prohibition from holding an elected office for up to seven years.

The RCMP says it doesn’t routinely release details of on-going investigations, but the update in Surrey was intended to provide some transparency before the election. 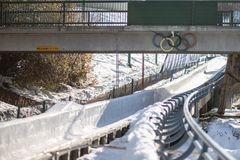