Malik Malikzada recognizes the signs of hunger. It’s something he learned as an Afghan refugee in Pakistan, dependent on the kindness of strangers who helped him survive. When the Soviet Union withdrew in 1989, Afghanistan erupted into civil war. By 2000, Afghanistan had become too dangerous for Mr. Malikzada and his wife, Jamila, who as Ismailis were not viewed as true Muslims by the mujahedeen factions fighting for control. There were two choices, Mr. Malikzada says. “We could pick up a gun or run away.”

The Malikzadas chose peace and fled, along with the majority of their fellow Ismailis. They escaped to Pakistan but could not obtain work permits. Mr. Malikzada managed to work under-the-table, but they wouldn’t have gotten by without assistance from others. “We will not forget the help we received during that hard time,” he says.

In 2000, the Malikzadas, with the help of Ismaili organizations outside Afghanistan, were accepted as refugees in Canada where they now run Jamila’s Kitchen and Grill in Coquitlam, B.C. The eclectic menu features South Asian dishes, which Ms. Malikzada learned to cook while living in Pakistan, as well as favourites from Afghanistan and Greece (she once ran a Greek restaurant). In keeping with their faith, which instructs them to give back to the community, the Malikzadas have placed a sign outside that reads, “No Money, No Worries. We love to serve our community. We will provide free food for those who do not have money. Please ask inside.”

One lunch hour in 2017, Mr. Malikzada looked out through the glass door of the restaurant and saw four high school boys walking toward the nearby Subway shop. Three of the boys were walking purposefully ahead. But Mr. Malikzada’s eye was drawn to the fourth who was lagging. “He stood in front of my sign and I could sense he didn’t have money to buy lunch.” Still, he hesitated to ask for a meal, feeling perhaps unconfident or ashamed. Mr. Malikzada opened the door and invited him in while Ms. Malikzada packaged up some food to take away. The boy left with a hot lunch and a huge smile. “I felt really happy,” Mr. Malikzada says.

Since then, the couple have given meals to others. Mr. Malikzada doesn’t keep count – the numbers aren’t important, he says. What matters is the intent: the Malikzadas’ promise that no one under their watch need go hungry. While the couple must still work long days at the restaurant to provide for their own family, they are comfortable enough that Ms. Malikzada has become that person who pops into 7-Eleven to buy coffee and doughnuts for someone she sees shivering outside, Mr. Malikzada says. Canada is a wealthy country, but that doesn’t mean everyone has money all the time, Mr. Malikzada says.

“People have circumstances that we don’t know.” He thought of the high-school boys and imagined the myriad reasons why the one boy might not have had lunch money that afternoon – a family breakup or parents who were simply out of town. The reasons don’t matter, Mr. Malikzada says.

Perhaps even more important than the free meals the Malikzadas have given away is the inspiration their sign has provided to others. Customers touched by the couple’s kindness have sent cards with money and many ask how they can help. Mr. Malikzada doesn’t solicit donations; he runs a restaurant and is not set up to accept charitable donations. He simply tells those who ask, be generous – pay it forward and give as much as you can to your favourite non-profit organization. “As human beings we need each other’s help all the time, whether we are rich or poor.”

The lunch rush is drawing near and the restaurant is filled with wonderful smells. Ms. Malikzada stops her preparations for a minute and packages up a popular Afghani lunch of chicken shami (kebobs) and qabuli pulao (a fragrant pilaf with raisins). It is a gift for this visitor who drove from Vancouver to tell the Malikzadas’ story. As I ate it, I felt the fragrant spices rounded out the history of one family’s exodus from Asia to B.C. But there was a dash of something else that helped make the meal special; I believe it was kindness. 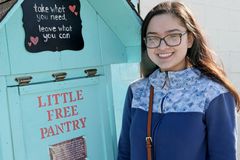 Pay-what-you-can grocery opens in Toronto, but experts say model can be hit-or-miss
June 17, 2018 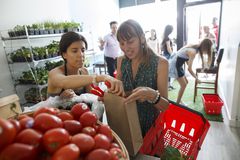 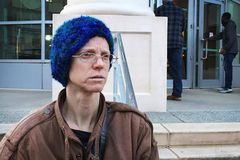