Children as young as 10 are being recruited into criminal gangs in British Columbia’s second-largest city, officials in Surrey said on Tuesday as they detailed a plan to step up police enforcement while also working to prevent kids from joining gangs in the first place.

The assessment followed a series of high-profile killings, including the shooting of two teens, aged 16 and 17, who were found dead on a Surrey street last month. Investigators have not provided details of a motive and said neither victim was known to police, but said the attack was targeted.

Dwayne McDonald, the assistant commissioner in charge of the Surrey RCMP, told a news conference police have learned they are missing a vital opportunity if there is no effort to start discouraging children from gang involvement in the elementary school years.

“It’s fair to say that kids in elementary school are susceptible to gang recruitment,” he said, adding that children as young as 10 or 11 are being sought out by gangs in Surrey.

So far, this year, police in the city have reported 26 incidents of shots fired, which is on par with 2017 when there were 59 reported shootings.

But new concerns about gangs have flared up owing to a pair of recent high-profile incidents, including the death of the two teens in June. More recently, a minor hockey coach, who was also a nurse, was gunned down in his driveway. Both cases are under investigation by the regional Integrated Homicide Investigation Team.

Amid the concern, which has led to a rally attended by hundreds at city hall, Surrey Mayor Linda Hepner released a report on gang-violence prevention, which has been meeting since last October.

Ms. Hepner announced such enforcement measures as doubling the size of the RCMP gang squad by shifting officers into the unit from other duties. For security reasons Mr. McDonald declined to detail the specific number of officers in the team.

But Ms. Hepner, and provincial Solicitor-General Mike Farnworth, attending the news conference, also talked up prevention and reaching out to kids to either encourage them away from gangs or rescue them from gangs.

Mr. Farnworth announced $1.1-million in new money for a program that works in schools to encourage kids away from gangs and $239,000 to support gang members who want out of the groups.

Ms. Hepner said arrests alone cannot end gang conflict, and that she is unsettled by the thought of kids being targets by gangs.

“It scares the daylights out of me when I look at my grandchildren and I think how impressionable young people can be,” she said. “That’s scary.”

Former gang member Jordan Buna, who works with police and speaks to youth about steering clear of gangs, said the targeting of kids is a reality in B.C., especially as operatives in “dial-a-doping,” which he says is “basically a pizza-delivery service only for drug distribution.”

Users call phones for drug delivery, and kids are often recruited for the job by gang leaders, Mr. Buna said.

“What a lot of these younger kids don’t realize is there’s a reason these 20- to 25- to 30-year-olds are getting them to engage in this kind of behaviour, because it is hands down, the riskiest behaviour there is,” he said, citing the dangers of meeting strangers in public or private places amidst competing drug gangs.

In an interview, Robert Gordon, a professor of criminology at Simon Fraser University, said that while there has been an upswing in violent gang activity in recent weeks the situation is not all that different from years past.

Neither, he said, is the release of this type of report.

“It’s the same script,” he said. “It’s a script which surfaces every time there is an election coming, both municipal and provincial. And especially if there have been a couple of high-profile killings. What’s going on in Surrey at the moment is a perpetual problem without a clear solution.”

Voters in Surrey go the polls this fall to elect a successor to Ms. Hepner, who is not seeking re-election. 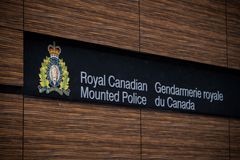 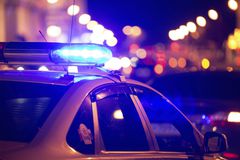