Marine mammal rescue groups and federal fisheries officials are working against time in waters off the coast of British Columbia to save three humpback whales entangled in fishing gear.

The first entangled animal, named Checkmate, was seen Saturday off east Vancouver Island but rescuers couldn’t get close enough to help it, said Paul Cottrell, the Pacific marine mammals co-ordinator for the Department of Fisheries and Oceans.

Checkmate has a trap and line running through its mouth and is trailing other gear, he said.

When the whale was found, he said rescuers realized someone had cut off the buoy making it difficult to spot the animal and remove other gear.

The trap is “very close” to the body so it’s going to be “very difficult” to remove the rest of the gear, Mr. Cottrell said.

The other two entangled whales were sighted while rescuers were out looking for Checkmate.

“We get entanglements every year so it’s not atypical,” Mr. Cottrell said. “But it’s not usual to get so many at one time. It’s just been crazy.”

Fortunately, teams were able to remove a lot of the gear that the second whale, named X-ray, had been trailing, he said.

A satellite tag was also attached to X-ray so it could be relocated, and the rest of the gear could be removed but the team hasn’t seen the whale since.

“It’s very hard to follow the animals because they can move large distances and stay underwater for so long,” Mr. Cottrell said.

The third yet-to-be-named whale seen near the Central Coast has netting around its head that Mr. Cottrell described as “problematic” because it makes it difficult for the animal to eat.

That whale is also trailing other gear, he said.

Once a whale gets entangled in one trap, it picks up other gear as it moves through the water column, he said.

“It’s like if you step on gum, you’re going to pick up dirt and other stuff.”

Cottrell said these whales are “amazingly robust” and can carry gear for long periods of time, sometimes more than a year, depending on how it affects their foraging ability.

The whale with the net around its head and the one with the line running through its mouth are of greatest concern, he said.

British Columbia has seen a resurgence in humpback populations over the last few years with most of the animals coming from Hawaii to the inshore waters, Mr. Cottrell said.

“And really that’s a success story. But the downside is that we do have recreational commercial fisheries and we have a lot of lines in the water.”

Joe Gaydos said the humpback population is recovering so the entanglement of three animals is not going to affect overall numbers as it could for a species like the endangered North Atlantic right whale.

“That said, this is a huge animal welfare concern,” said the science director for the SeaDoc Society from the University of California, Davis.

“There is no denying that it is human caused injury and we know these animals can trail that gear for a long time causing prolonged suffering before death.”

Humpbacks are classified as special concern under the Species at Risk Act. They number about 18,000 according to the Fisheries and Oceans Canada website.

Mr. Cottrell said removing entangled fishing gear from whales is an exercise in caution and patience.

Experts use drones to assess the gear, entanglement and the best way to approach these animals to free them, he said.

Whales are huge and powerful and it can take a while to tire them out before getting close to them, he said adding they are usually agitated and uncomfortable because of the entanglement.

“They can’t do what they want to do, what they normally do and they’re not happy. There’s behavioural cues around trumpet blowing and they’ll do breaches, they’ll do tail slaps and all sorts of other things,” he said.

Martin Haulena, head veterinarian at the Ocean Wise Marine Mammal Centre and the Vancouver Aquarium, said it is important to catalogue the gear.

“So we know what is affecting which whales so that we can help mitigate that in the future,” he said.

“I think it is a huge animal welfare concern as animals can suffer for a really long time and it is directly the result of human activity.” 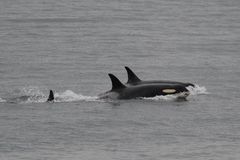 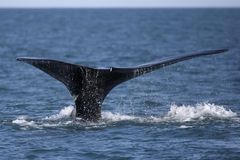