Merritt looks like it was hit by an earthquake, not a flood. Wasted, toppled vehicles lay buried in six feet of sand. Downed telephone poles lie criss-crossed in the silt, like a giant’s chopsticks. Two streets appear to no longer exist. Outbuildings were ripped from their foundations and hurtled downstream by the raging Coldwater River, frothing last week with primal madness.

Only now that the flood has finally receded can the full scope of the catastrophe register.

It all began early in the morning of Nov. 15, when the Coldwater – which runs through Merritt before joining the Nicola River – spilled its banks, flooding homes, businesses and infrastructure.

The entire city of 7,000 was ordered out. City officials ran through the town, knocking on doors. “Get out! You need to get out!,” residents say they shouted.

But some say they were not given a warning.

At 5 that morning, Dustin O’Toole was awoken with a start to the sound of shattering glass and rushing water. Surging floodwaters had broken a window in the basement of his home on Douglas Street, beside Diamond Vale Elementary School. As water began filling the cellar where he sleeps, Mr. O’Toole roused his mom, then packed her and his dog into his truck. He managed to steer through Merritt’s pitch-black streets, water washing over his hood.

The O’Toole family lost “everything,” he says: “Water filled the basement to the roof. It came up two feet on the main floor.” Only the paintings and those items on countertops – like their china and their TV – survived.

Last Wednesday, two days after the incident, Mr. O’Toole and his older brother Pat were shovelling slimy mud into wheelbarrows, then dumping it into an oozing, dark brown pile outside. An exposed crack in the foundation of the tidy blue home suggests the family will not be able to rebuild. But by putting one foot in front of the other and trying to fix what seems irreparably broken, the brothers are behaving the way humans so often do in these circumstances.

Their mom is a “nervous wreck,” says Pat. They’re just trying to get her to smile again.

Like so many others in town, the O’Tooles recently learned that their insurance will not cover flood damage. “We’re on our own,” Pat says, as he pushes the heavy, heaving barrow down the slippery, mud-soaked two-by-four serving as a ramp from the front door. 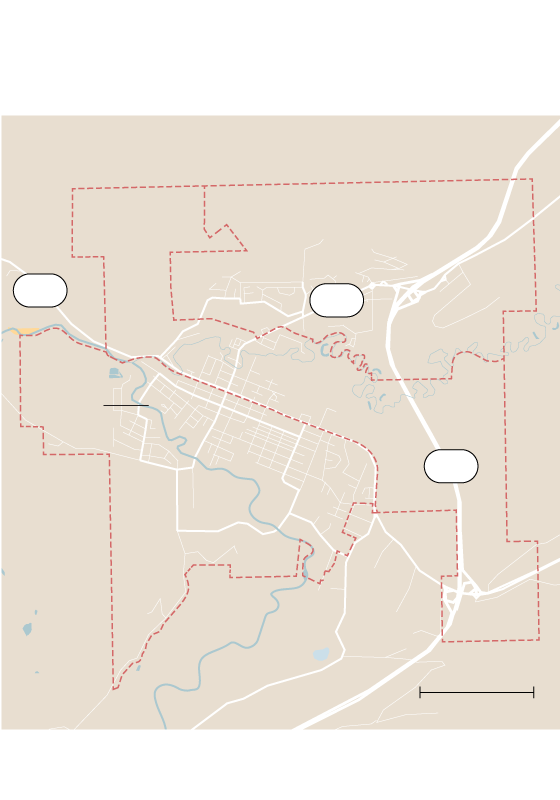 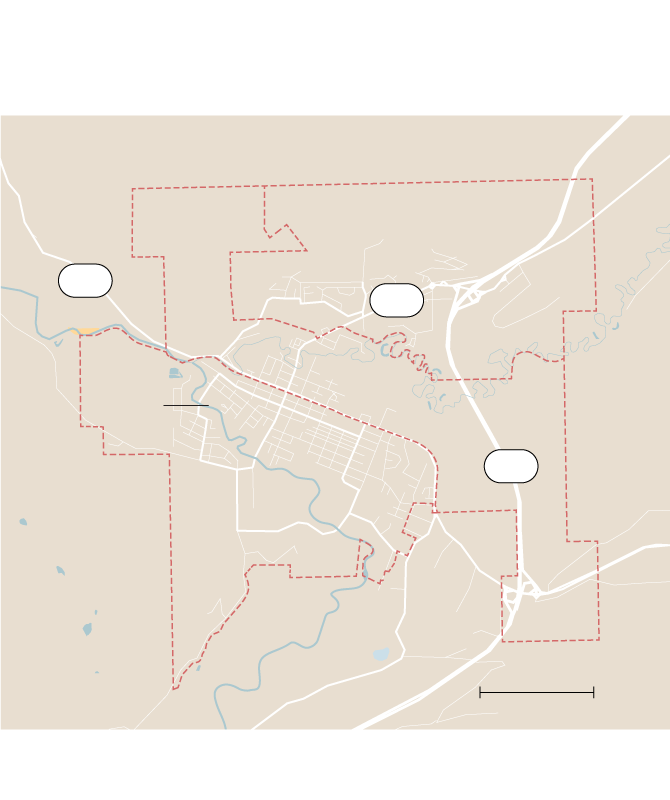 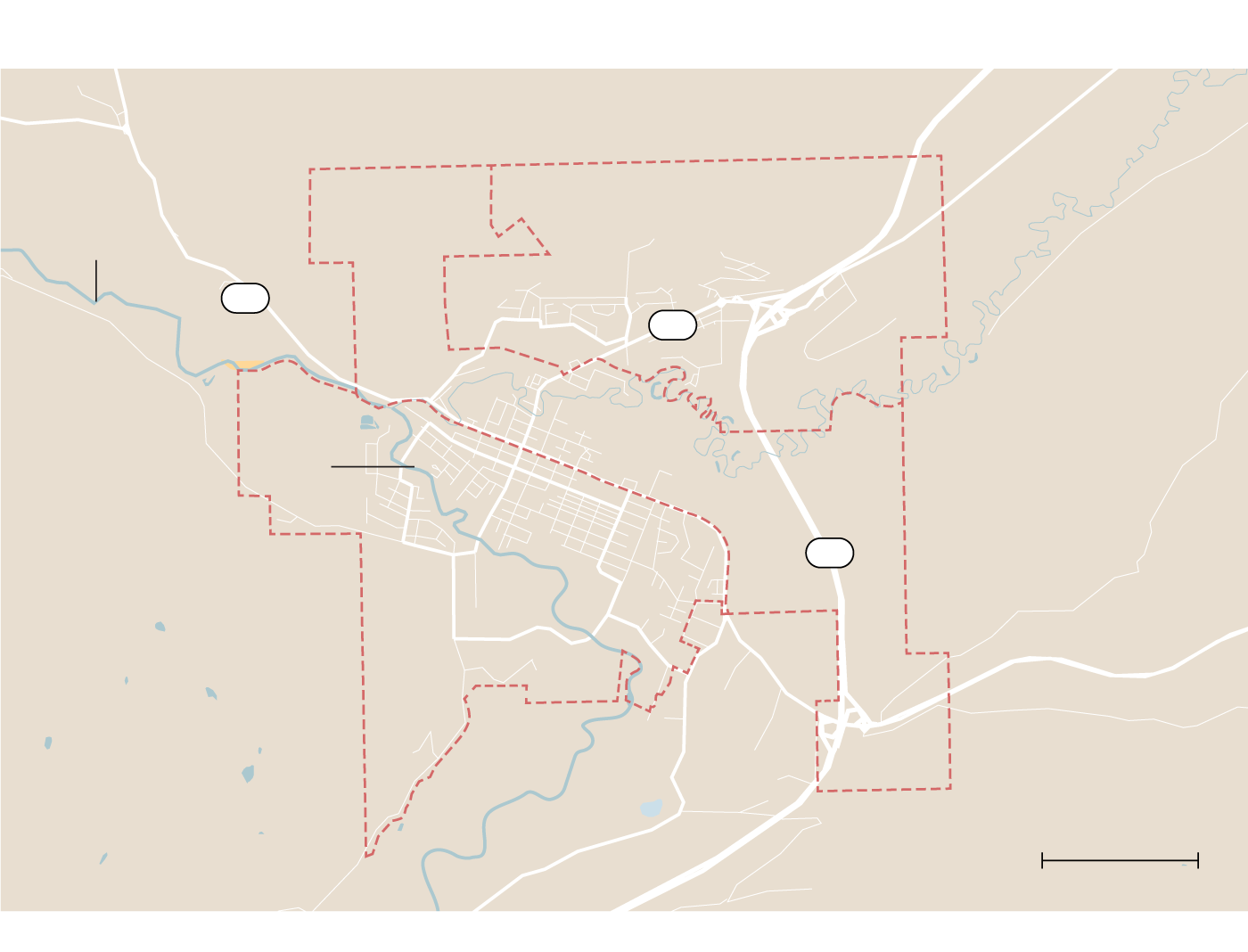 When the Coldwater River breached its banks, the force of the water was so powerful it carved a new channel through the nearby neighbourhood of Collettville, the hardest-hit area. The city is temporarily rerouting the river. But water does what it wants to do, and permanently moving the river’s new branch may not be possible, city officials have said.

For the first time this week, some 1,500 Merrittonians were allowed to return their homes. Mayor Linda Brown warned returnees that there is no hospital, no services and the tap water isn’t safe to drink. It is not yet known whether everyone survived the flash flood, she has said.

At least 700 residences and three schools were damaged by flood waters. Some 1,100 of the district’s 2,400 students have been told they will not be returning to in-class learning anytime soon.

As of Nov. 24, two gas stations and a grocery store had opened, but restaurants and most other retailers remain closed. Only the Chevron had fuel.

The smell of muddy water hung heavy in the air. At least a half dozen homes have red signs taped to their doors, meaning they are unsafe to even enter. The city’s empty streets felt eerie. The Coldwater has torn up lives, not just landscapes.

B.C. floods: More from The Globe and Mail

Reporters Andrea Woo and Ann Hui spoke on The Globe and Mail’s news podcast about the situation on the ground in Abbotsford, part of B.C.’s agricultural heartland, and what impact it will have on the food supply. Subscribe for more episodes.

How B.C.’s string of natural disasters are connected

After B.C. floods, Princeton’s mayor battles the elements and bureaucracy to save his hometown from ruin

B.C.’s devastated highways are slowly reopening, but a full recovery won’t take place until next year

Do you need flood insurance? As deluges become more common, here’s what home owners should know