Opponents are mobilizing against redevelopment plans for a half-century-old, high-end Vancouver seniors’ residence on four prime blocks of land in one of Vancouver’s west-side neighbourhoods.

A growing group in Kerrisdale say the plans by developer Wall Financial and seniors-home operator Revera Living, which showed towers of up to 18 and 20 storeys in the latest version, are completely out of place for the area.

“It’s just overwhelming density,” said Kathy Reichert, a member of ARKS, an organization that has represented Arbutus Ridge, Kerrisdale and Shaughnessy neighbourhoods for years. “The park-like setting will be gone.”

Her group has written a letter of protest to the city, after seeing a new version of the developers’ plans in late April, following a community meeting last October with four other options. ARKS developed a community plan under the city’s Visions initiative in 2005, with the idea that any redevelopment would be around four storeys and continue to serve seniors.

Crofton Manor currently has 187 units on the 2.6 hectares, 100 for independent living, 87 for assisted, where residents pay $4,500 a month for a one-bedroom unit.

The latest iteration included taller towers than any of the previous four options, which all had configurations of four or five buildings with green space in the middle. The new proposal asks for about four times the density that the site was granted during a rezoning in 2013, one that was never acted on.

Another opposition group that has formed among those who live within blocks of the residence says the land should be reserved for what has been its sole use since Crofton Manor was built in 1973: seniors living.

“Once that site is lost for seniors’ use, it’s never coming back,” said Kathleen Dudfield. She said seniors would prefer to be closer to the ground, not in a 10-storey building, which is what is planned in the redevelopment. And, she said, the site would also have market housing, including luxury condos with views overlooking the homes around.

But developer Peter Wall said he believes the project will be an asset to the neighbourhood.

“I think we know how to handle it and make it beautiful,” said Mr. Wall, who talked at length about wanting to create an unusual flower garden in the middle of the complex. “I want to make really sure that we have enough space to have a beautiful garden.”

The city hasn’t yet received a formal development application, but the meeting that the Wall team had with resident representatives by video conference a month ago is usually the last step before a submission.

Mr. Wall said he acquired the property a couple of years ago, when “the land values were quite high.” He didn’t say the price and it’s not available through public land records because the land was transferred by changing the directorship of the company that owns the land. Bruno Wall became the company’s director in October, 2017. The property is currently assessed at $54-million, a surprising drop from the previous year’s assessment of $81-million.

According to Mr. Wall, his company has an agreement with Revera – a subsidiary of the federal Crown agency that manages pension funds for federal employees, with 500 facilities in Canada, the U.S. and Britain – to provide new facilities for seniors in the development.

Susan Schutta, a representative for Revera, provided an information bulletin from the company that stated that after several months of work with Wall Financial and the city, “we have landed on a development concept that will revitalize the entire Crofton Manor site, creating a new, vibrant, intergenerational hub that will bring the community closer to the seniors that live here.” The statement said the project plans include a spa, pub and bistro, a fitness centre and more.

Kerrisdale, which has been slowly losing population since 2006, has one of the west side’s rare clusters of taller apartment buildings. There are 27, ranging from six to 13 storeys, in the blocks around its commercial district. But the closest of those to Crofton Manor are three blocks east. The site is otherwise flanked by single-detached homes, one low-rise condo building, and a church.

Number of students returning is a wild card as B.C. schools set to reopen Monday
May 31, 2020 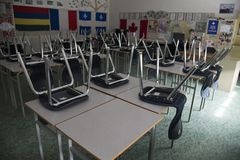 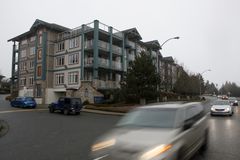 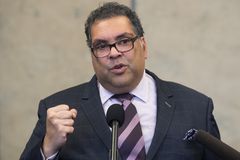