Jeff Russo is boldly going where no composer of film or TV scores has gone before, writing the music for the new, eagerly awaited series Star Trek: Picard, the latest of the long-running series of Star Trek TV shows.

Unlike such similarly high-profile pop-culture characters as James Bond or Batman, there is no specific theme associated with Jean-Luc Picard, the starship captain memorably played by British actor Sir Patrick Stewart in seven seasons of Star Trek: The Next Generation between 1987 and 1994 and four feature films.

The veteran composer, who is leading a master-class session this week at the continuing Vancouver International Film Festival, says it took all summer to figure out what to do.

He came up with a melody but says that was only the beginning. He spent weeks refining it. “I kept playing it and playing it until I cracked the code of what I thought it should be,” Mr. Russo said by telephone from Los Angeles.

Eventually, he sent his best take to series executive producer Alex Kurtzman. “I got a one-word e-mail back. It just said ‘Boom.' That’s all it said.” That was the green light.

TV series are often defined by their themes. Mr. Russo’s theme for Star Trek: Picard will launch episodes of the new series, set to begin airing in 2020 on the CBS All Access streaming service, which commissioned the project, and other channels.

Mr. Russo, who previously composed the theme and music for the Star Trek: Discovery series launched for CBS All Access in 2017, says he has written the score for the first episode and is beginning work on the others. There will be a total 10 episodes in the first season.

Tonya Dedrick, managing director of the Screen Composers Guild of Canada, says she expects Mr. Russo will be of interest to her members, at least 125 of whom live in British Columbia.

Ms. Dedrick, who is attending VIFF for Mr. Russo’s presentation, says members will be keen to learn from Mr. Russo about managing their flow of work, such technical issues as the latest programs for composing, and working with directors.

In an e-mail exchange, she said Canadian composers are mainly freelancing for independent production companies and Canadian broadcasters usually mixing work on such projects as documentaries, dramatic series for TV and scripted and documentary independent films. Many are also working for streaming services.

Mr. Russo, 50, started out as a rock musician before, in the mid-1990s, going into writing scores for films and TV, eventually earning credits on such movies as Lizzie, Mile 22 and Lucy in the Sky, and such series as Fargo, The Night Of and two filmed-in-B.C. series, Legion and Altered Carbon.

He says there is no easy route to success. “So many things have to line up in order to have things happen on any level,” he said, “If you’re committed to wanting to do something and it makes you happy, and music makes you happy, you just have to do it.”

From what he has seen of Picard, he said the show may defy audience expectations. “With Picard, [the series story] is an emotional journey for him. The journey he takes in this show is an emotionally charged and emotionally evocative story.”

The series has been filmed under a veil of secrecy that extended to the interview with The Globe and Mail. A bemused Mr. Russo declined a request to hum the theme.

“I have been sworn to secrecy, [non-disclosure agreements], can’t reveal anything without the express written consent of my overlords,” he said. 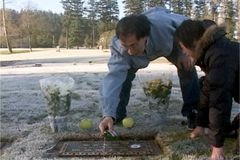 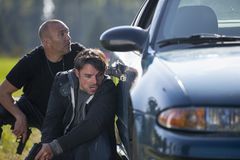 The woman who changed VIFF gets ready to ‘rest’
Subscriber content
September 26, 2019 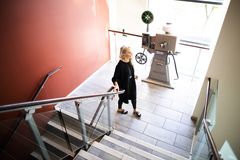