The owners of two rundown buildings on Vancouver’s Downtown Eastside have received offers of up to $25-million for properties that the city wants to expropriate for $1 each, says a lawyer representing the owners.

Those offers call into question the city’s valuation of the Regent and Balmoral hotels and how it is seeking to gain control of them, Evan Cooke said in an interview Sunday.

The owners, Vancouver’s Sahota family, have said for months that they are willing to sell or lease both buildings to the city but have been unable to reach a deal and were taken aback by a staff recommendation that the city pursue expropriation for $1 for each of the properties, he said.

“I would say they are in shock, to some extent, that the City of Vancouver, or at least the staff, have decided to recommend this approach to dealing with the Balmoral and Regent hotel problems,” Mr. Cooke said, adding that B.C.'s Expropriation Act requires owners to be paid market value for expropriated property interests whether or not the owners have a history of bylaw violations.

“The decisions that have been made to date are very much motivated by conflict with the owners,” he said.

The Regent and Balmoral hotels are both single-room occupancy, or SRO, hotels that feature small rooms and shared bathrooms and for decades provided rental housing for low-income residents.

During that time, both buildings racked up hundreds of bylaw violations for infractions including blocked fire escapes, missing smoke alarms and broken plumbing. The city ordered both buildings closed for health and safety concerns: the Balmoral in 2017 and the Regent in 2018.

For low-income residents in Vancouver, a different kind of real estate crisis

The city announced plans to expropriate both buildings in July, 2018.

On Oct. 31, the city issued an update, saying efforts to buy the buildings outright had been unsuccessful and that staff recommended council approve expropriation for $1 for each of the buildings.

The city said its proposed payment was based on independent appraisals that took into account the cost of renovating or demolishing the buildings, including removing hazardous wastes.

Mr. Cooke, however, says those appraisals are based on unrealistic cost estimates and that the buildings could be renovated for significantly less money.

A vote is scheduled to be held Wednesday. It comes as city council is under pressure to address a housing affordability crisis marked by low rental vacancy rates, rising rents and increasing numbers of homeless people.

City spokesman Neal Wells on Sunday said staff would not be available for comment until after the council meeting.

Kennedy Stewart said on Twitter Oct. 31 that he would be voting for expropriation, saying the buildings had been vacant for too long and that “we need to bring them back into public ownership [and] repaired so our most vulnerable neighbours can get off the street.”

Under the Expropriation Act, the owners would have one year from the date of payment to file a court claim for greater compensation.

Mr. Cooke said he would expect to file a court challenge in short order if council approves the expropriation offer, saying the $1 valuations amount to expropriation without compensation and would set a troubling precedent.

“There should be a concern by all property owners that if the city decides it has a preferred use for your property, that they might just take it from you – and use it for something they have deemed socially meritorious," Mr. Cooke said

Both buildings have an assessed value as of July, 2018, of about $3-million.

The city calls SROs “housing of last resort” because the buildings may be one of the few options available for people at risk of being homeless. 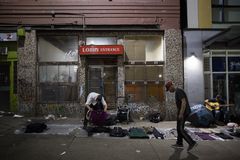 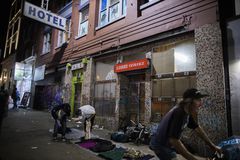