There is an unguardedness to Shauna Sylvester that you don’t often see in seasoned politicians.

The executive director of Simon Fraser University’s Centre for Dialogue, who hopes to become Vancouver’s next independent mayor, invited reporters to her home, a ground-level apartment in a perfectly preserved 1940s West End equity co-op, for preannouncement interviews. She offers tea and cookies and allows the conversation to stray into the personal and it makes you wonder: Does she really have the stomach for a potentially nasty political fight?

Her résumé is that of a woman who has spent her career intent on improving the planet; it’s peppered with such terms sustainability, dialogue, civil society, democracy, press freedom and consultation. She earned her finance chops serving on the boards of Vancity Credit Union and Mountain Equipment Co-op, where she was treasurer. This is the stuff of Twitter likes, not the vitriol directed at political leaders.

She says she’s not naive. She’s a friend of outgoing mayor Gregor Robertson and former mayoral candidate Peter Ladner and, through them, has learned what to expect. “I know it’s going to be ugly. I’m walking in with my eyes wide-open,” she says.

Absolutely none of this will matter, however, if Vancouverites don’t know who she is.

Mr. Harcourt was first elected to council in 1972 when the Electors’ Action Movement (TEAM) swept into power under Art Phillips. He topped the polls his second time out in 1974. He broke from the party after Mr. Phillips left office and remained on council as an independent for two more two-year terms. By 1980, he had huge name recognition when he won the mayoralty as an independent.

“That’s the problem with running as an independent – how do you get known in an at-large system. And the answer is it’s impossible to do.”

Mr. Harcourt also had backing from the NDP, a “peace-pact” with the influential Vancouver & District Labour Council and agreement from COPE, on the hard left, not to run against him.

But the dollars required in 1980 were a tiny fraction of the cost to run a city-wide campaign in 2018.

“We ran a whole campaign including TV ads for $75,000,” Mr. Harcourt says – more than half of it raised in a single night at the Hellenic Community Centre. In 2014, Vision spent $3.4 million and the Non-Partisan Association $2.1 million.

Although she is well-known among the environmental-activist, city-visionary, PechaKucha crowd, Ms. Sylvester is not exactly a household name in Vancouver. She has solid East Vancouver NDP connections, was once on the Vision executive, believes she can make peace with OneCity and has much in common with the Green Party. Yet, despite all the talk of an independent being the best chance for the centre-left to hold on to the mayor’s chair, no party has committed to hold off running against her.

She believes she has enough influential people in her corner, a lot of them young, to help get her name publicly known. Her digital strategy is under way; she already has a hashtag, #WeTheCity. She’s not at all worried about fundraising. “I have no problem raising money,” says Ms. Sylvester, who has raised many millions for organizations over the years.

She is thoughtful and doesn’t minimize the mammoth job of running a city. She has ideas but offers no quick fixes for the opioid crisis or affordability. She is not, she says, “anti-developer” but cautious about the amount of influence they wield.

When she talks about policy, Ms. Sylvester applauds the direction in which her friends at Vision have taken the city. She doesn’t have a negative word to say about Mr. Robertson, whom she feels got a bad rap for the affordability crisis, but says her strengths will be listening and consensus-building. That message, however reasoned, may not sound different enough to appeal to Vancouver voters who seem ripe for a big change. Her vision may prove too like the last one. 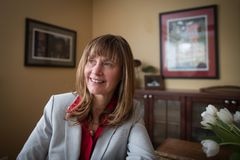 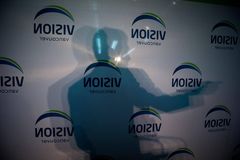 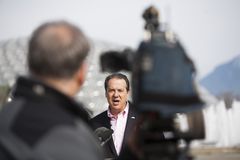