Canada has announced sweeping new rules to protect southern resident killer whales off British Columbia’s coast, including requiring ships to stay 400 metres away from the whales and closing some salmon fisheries.

Fisheries and Oceans Minister Jonathan Wilkinson announced on Friday the latest set of recovery measures for the endangered southern residents, of which only 75 remain and they face serious threats.

“We are at a crossroads. The impacts of climate change, combined with habitat loss associated with human activity over the past several decades, has resulted in ecosystem degradation here in Canada and around the world,” he told a news conference.

Starting in June, the minimum distance ships must keep from all killer whales will double to 400 metres, although commercial whale-watchers may be authorized to view whales other than southern residents from 200 metres away.

Ben Duthie, general manager of Prince of Whales Whale Watching, said it will take time for customers to adapt, given that southern residents are the most well-known killer whales, but he supports the measures.

“Without orcas and without whales in our waters, we don’t have a business,” he said. “It’s not strictly from a business perspective. I think everybody who works at Prince of Whales and at all the other whale-watching companies ... are connected to these animals.”

The Department of Fisheries and Oceans also announced Friday that no vessel traffic will be allowed at all in “interim sanctuary zones,” at Swiftsure Bank, off southwestern Vancouver Island, and near Pender and Saturna islands, two Gulf Islands.

The department is immediately asking ships to voluntarily turn off echo sounders when not in use, allow engines to idle when within 400 metres of killer whales and, in some locations, go slow when they’re within one kilometre of southern residents.

It’s also closing recreational and commercial salmon fishing in parts of the Strait of Juan de Fuca and the Gulf Islands, which will take effect after previously announced restrictions on chinook fishing wrap up in mid-July or August, and extend through Oct. 31.

Owen Bird, executive director of the Sport Fishing Institute of B.C., noted the closures are actually less restrictive than last year, when fishing of all recreational finfish was banned, including halibut, rockfish and lingcod.

But he said he’s still frustrated by the tough chinook restrictions announced last month, which prohibits or restricts fishing of the species in several parts of southern B.C. Chinook are the primary prey of southern resident killer whales.

DFO also announced Friday that it will ask recreational and, where possible, commercial harvesters to temporarily suspend fishing activity when within one kilometre of a killer whale in part of the Strait of Juan de Fuca and the Gulf Islands, as well as in the mouth of the Fraser River.

It says one major initiative is an increase of one million juvenile chinook at a Chilliwack, B.C., hatchery, resulting in 35,000 additional adults — a 35 per cent increase in total abundance of fall chinook in the Fraser River.

Transport Canada is also launching a trial program of an expanded voluntary slowdown for commercial vessels through Haro Strait and Boundary Pass, ranging from June to at least the end of September, but possibly until the end of October.

Dedicated fishery officers will be on the water verifying compliance with the new measures, while Transport Canada conducts aerial surveillance and Parks Canada and Canadian Coast Guard will assist with enforcement, the government said.

The Liberal government unveiled the $1.5-billion Oceans Protection Plan in 2016, shortly before announcing it would approve the expansion of the Trans Mountain pipeline, which would increase tanker traffic seven-fold in Burrard Inlet in Metro Vancouver.

The government has also launched a $167-million Whales Initiative and last October announced a further investment of $61.5 million over five years to address threats to the southern residents.

The measures announced Friday are a positive step for this year, but more long-term commitments are needed, he said.

“This, by itself, is not going to get us to recovery. We really need to sustain this kind of effort year after year.” 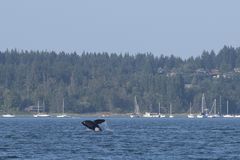 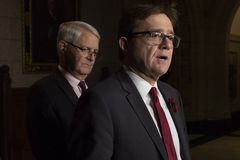 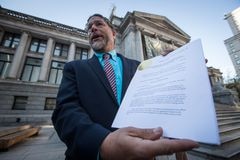