Business owners in Calgary and Vancouver say they worry the fall will bring decreased traffic after the busy summer season and popular shopping areas such as Vancouver’s Robson Street, where rents are astronomically high, and Calgary’s Kensington neighbourhood could be hollowed out without some change to make the process of applying for the federal program simpler and with a lower threshold to qualify.

“We lost 86 per cent of our business in April, May and June and we pay $23,000 a month in rent,” said Angela Du, who owns the Ebisu restaurant on Robson. “Right now, we can’t pay [our rent] so we’re just hoping something will happen. All tenants are hoping the government can change the CECRA.”

She is one of a dozen tenants in a single block of Robson who say they don’t know what to do after their landlord, Hong Kong-based Kwan Development Ltd., let them know recently that the company would not participate in the federal program.

That devastating answer came days after Ms. Du spent $1,000 scrambling to provide notarized statements on a weekend about the business’s revenue last year and this, as the company had requested.

The company’s property managers, Pacific Dawn Property Management, said the agent handling that building, which is valued at $32-million and has been owned by Kwan for many years, is away this week and not available to comment.

Ms. Du said the only thing that has kept her going so far is the federal small-business-loan and payroll-subsidy programs, but that won’t be enough when all of her deferred rent comes due Oct. 1.

In Calgary, eight businesses have already closed in the popular Kensington neighbourhood because landlords refused to compromise on getting full rent, said the woman who manages the area’s business revitalization zone.

She has sent a letter to Prime Minister Justin Trudeau on behalf of her small area pleading for the rent-relief program’s rules to be adjusted.

Like many organizations and tenants, she asked that the cut-off for tenants to qualify be a 55-per-cent loss compared with normal revenue, instead of the current 70 per cent. As well, her letter asked that tenants be allowed to apply without having to get their landlords to co-operate.

“It’s getting scary for them,” said Ms. MacInnis. “Everybody started catching their breath and reopened but traffic is down.”

Only 14 per cent of small businesses in B.C. and Alberta have used the rent-relief program, in which the federal government says it will pay half of the operation’s rent if the owner pays a quarter and the landlord agrees to give up a quarter. The business has to have lost 70 per cent of its normal revenue and the landlord has to agree to participate.

That low number is in contrast to the federal payroll-subsidy and loan programs, which almost 60 per cent of businesses have used in the two provinces, according to numbers collected by the Canadian Federation of Independent Business (CFIB).

In B.C., 30 per cent of businesses are saying they still need more help for fixed costs such as rent. In Alberta, it’s 34 per cent.

“It’s troubling because a lot of small businesses are qualified [for CECRA] but the landlord won’t participate,” said CFIB representative Muriel Protzer.

Some of those landlords may think that tenants can continue paying full rent because they’ve managed so far, but Ms. Protzer said many of them used credit cards or savings to cover those fixed costs while they were completely or partly closed and they’re coming to the end of those resources.

Other advocates say the whole process needs to be simplified, as well.

“I wouldn’t put the onus all on the property owners,” said Teri Smith, the executive director of the Robson Business Improvement Association, which represents an area with some of the highest rents in the city because of its typical high volume of tourists and convention-goers. She said the paperwork and various requirements are a significant barrier.

Which experts can small business lean on for stability in shaky times?
October 1, 2020 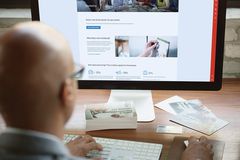 How can small businesses capture a slice of the e-commerce market?
October 1, 2020 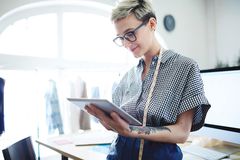