“The small businesses that had personal connections to their customers were seeing the people in their communities support them during the pandemic,” said the study, which examined seven shopping streets in B.C. and Ontario. “Ethnic businesses saw people go out of their way to purchase their products and services, even during the lockdown phase.”

Streets that had high proportions of independent businesses rather than chains also appeared to do better.

As a result, fewer businesses have closed in places like Wexford Heights in Toronto’s Scarborough area, home to big populations of Middle Eastern and African background, or 137th Street in Surrey’s Newton neighbourhood, with its many residents of Filipino and South Asian background, compared to downtown Victoria, in B.C., or Queen Street East in Toronto’s Beach neighbourhood.

“During the first week, I had a really hard time,” said Mohamoud Jirdeh, who runs Sahan Restaurant on Lawrence Avenue East in Wexford Heights, selling Somalian fare, including goat ribs and chicken stew. “But after that, because our food is unique in the area, people were coming back just to do take-out.”

Although sales are down about 15 per cent over last year and Mr. Jirdeh had to temporarily let some staff go, he has been able to rehire employees thanks to community support. “I see the same customers come back more” during the pandemic, he said.

Although the study looked at only a few neighbourhoods, that pattern played out many times over.

In Vancouver, shopping streets such as the south end of Granville Street in Marpole and the multi-ethnic cluster around 49th Avenue and Fraser Street stayed busy with no store closings, said the directors of the business associations for those areas.

Businesses with a wider-spread but loyal customer base also seemed to do well.

“If we weren’t like that, we wouldn’t have survived, but I know everyone’s first name. My numbers are fantastic,” said Fay Jensen, who has run Armadillo Clothing, a high-end discount fashion store on Granville Street, with husband Lee since 1981. While she knows many in the fashion and clothing business who have taken serious hits, she has kept her head above water, first offering private, one-on-one shopping for those looking for her luxury brand names, then opening cautiously for general visits from her hundreds-strong contingent of regular customers.

But the pandemic amplified problems for streets and businesses without that kind of base, some of which were struggling already with high rents, higher-than-usual vacancies and unco-operative landlords.

The report found nine businesses in the Toronto Beach strip have permanently closed. The vacancy rate was 12 to 13 per cent before COVID-19.

The local business improvement area found that people returned to the neighbourhood as the weather got warmer, but they tended to visit the beach rather than the commercial strip.

“I used to have a lot of women who would visit on the weekends,” said Aileen Selkirk, who runs Posh Boutique in the Beach. “Those people are not coming.”

Some businesses have to cope with conflicting forces.

In Calgary, Darren Biedermann said he feels surrounded by community love for his family’s 72-year-old store, Supreme Men’s Wear. A young man just drove across the city to order a suit for his wedding. He said everyone who visits tells him how much the store means to them. And his employees, although laid off, are putting in some volunteer hours to keep the business going, he said.

But Supreme is in the middle of Calgary’s now-ghostly downtown, a contrast to neighbourhoods like Kensington and Inglewood that had loyal customers on the spot. “That’s been tough,” Mr. Biedermann said.

There are thousands of stories like that across Canada, and all levels of government are going to need to find solutions, said Mary Rowe, president of the Canadian Urban Institute, a non-profit research organization in Toronto focused on urban issues.

Governments and banks are going to have to look at flexible lending for small business, fewer rigid rules from cities, and a new tax system that doesn’t assess a one-storey business as though the site already has a 20-storey condo on it – the current situation in several provinces.

If they don’t do that, it’s a message that “you’re willing to just surrender neighbourhoods,” she said. 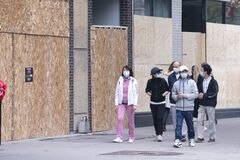 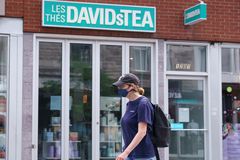 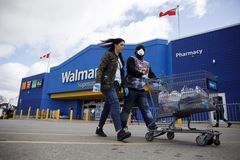 Follow Frances Bula and Josh O’Kane on Twitter @fabulavancouver @joshokane
Report an error Editorial code of conduct
Due to technical reasons, we have temporarily removed commenting from our articles. We hope to have this fixed soon. Thank you for your patience. If you are looking to give feedback on our new site, please send it along to feedback@globeandmail.com. If you want to write a letter to the editor, please forward to letters@globeandmail.com.
Comments