Some Canadian universities are cancelling their student exchanges to Hong Kong for the next term over concerns about the deteriorating safety situation in the semi-autonomous Chinese territory.

Canadian postsecondary institutions announced last week they would urge their students studying in Hong Kong to come home and, now, several of those schools are calling off exchanges for the winter-spring term.

York University in Toronto had 10 students in a program in Hong Kong. Spokesman Yanni Dagonas said eight students have returned home or left Hong Kong to travel elsewhere and two have chosen to remain there with safety plans in place but will be leaving the city in the next two weeks.

He said students intending to go on exchange to Hong Kong next term have found alternate places to study abroad.

Vancouver’s University of British Columbia and Simon Fraser University have cancelled the program for the next term.

SFU spokesman Ian Bryce said out of 17 exchange students in Hong Kong, 11 have left the territory, four are staying in Hong Kong with family and two are still determining their plans.

He said the school has offered $500 to each of their students in support.

Coco Wang, a third-year student from McGill University in Montreal, was on an exchange program with the University of Hong Kong. She was due to return home over the weekend.

The 20-year-old said she didn’t feel unsafe in the territory until about a week ago, when Canadian educational institutions were pulling their students back.

“My resident building was a lot more empty. It was kind of like apocalyptic,” she said in an interview.

She said she has been careful to avoid protests and clashes throughout her three-month stay in Hong Kong, but the aftermath of protests in the city is significantly noticeable – graffiti on major Chinese banks in Hong Kong’s Central district, early closure of stores and restaurants, and wooden barriers around “China-related” merchandisers to prevent vandalism by protesters.

“It’s obviously very sad,” she said. “Seeing the general atmosphere among my peers, among people on campus. … It’s just very sad to witness all of it.”

The urban-studies student said she felt sorry that her program, for which she had prepared for about a year, ended early, but she doesn’t regret living in the Asian financial hub.

“I am very appreciative I get to witness or just actually be there for that part of an important history for Hong Kong.”

Ms. Wang said she is saddened at watching the locals suffer from the turmoil.

“Because for me, I do have a place to go back to. But for people from my friends who actually live there, who are locals there, they’re seeing their home being destroyed, and it’s very difficult to witness.”

Two University of Toronto students who studied at the Chinese University of Hong Kong vacated the city last week. They said it was disheartening for them, as Canadians, to witness Hong Kong residents having to fight for their autonomy.

The pair, 23 and 26, were granted anonymity because of fears for the safety of their family and friends living in Hong Kong and mainland China.

Neither of them participated in the protests, but both were sympathetic toward the anti-government protesters.

Despite U of T urging them to return to Canada, they planned to stay in Hong Kong for a while because of their deep attachment to the city, which they called an otherwise lively and welcoming place that perfectly blends Western and Eastern cultures.

The two law students said the city was filled with a sense of hopelessness when they left, but both wish the months-long unrest could end soon. 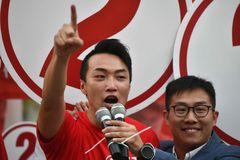 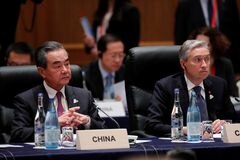 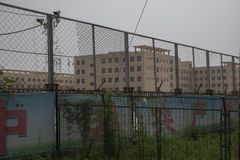