Forest-dependent communities on Vancouver Island are hoping to see the end of a debilitating strike this week, once 2,400 forestry workers vote on a tentative agreement that would get them back to work for the first time since last summer.

Members of the United Steelworkers Local 1-1937 and Western Forest Products announced a tentative agreement on Monday. The pact, which would end a strike that began July 1, was reached just days after the B.C. government gave mediators Amanda Rogers and Vince Ready new powers to push the two sides to reach a deal.

Gaby Wickstrom, mayor of Port McNeill, said the settlement comes just as businesses in her community were on the brink of collapse.

“It’s been very difficult. Seven-and-a-half months into a strike, this was the do-or-die month for many businesses and people,” she said.

She said the bitter dispute has divided communities and it will take some time to repair the damage. “I think the coming months will be a reparation of those relationships.”

Ms. Wickstrom and other mayors representing communities hit hard by the labour dispute had called for the provincial government to intervene. On Monday, she said the government’s approach ended up with a good outcome. ”The fact that the two sides were able to reach an agreement was the best possible solution."

The NDP government also faced months of pressure from logging contractors and the Opposition Liberals to take action to force an end to the strike, but the Steelworkers union objected to the notion of an imposed settlement. The New Democrats have a close alliance with the Steelworkers, who have provided the governing party with significant support at election times. The government maintained throughout that it wanted to see a negotiated resolution to the private-sector dispute.

Western Forest Products’ logging and milling operations on the Sunshine Coast and across most of Vancouver Island were shut down by the strike. The company sold most of the inventory that wasn’t behind a picket line before Christmas.

Details of the settlement have not been released. The union is set to announce on Tuesday the dates for its ratification vote on the proposed deal, which the executive is recommending.

Talks collapsed on Feb. 5 when the mediators walked away, stating the parties were too far apart to negotiate. The mediators then asked the province to grant them additional powers. The next day, Labour Minister Harry Bains named Mr. Ready and Ms. Rogers as special mediators.

As special mediators, Mr. Ready and Ms. Rogers were able to compel both sides to come to the table, and they set deadlines that could have led to an imposed settlement by the end of February. If the parties could not reach an agreement, the mediators would have recommended terms for settlement. If those recommendations were not accepted, the proposed deal would have been made public and the Minister of Labour could then have imposed the settlement.

Babita Khunkhun, head of communications for Western Forest Products, said the company will not comment on the details of the agreement until the union membership has had a chance to vote.

If the deal is ratified, she said, it will take some time to resume operations after such a long shutdown.

“Given how long the strike has gone on, we’re pleased to have reached an agreement. It’s had a big impact not only on our employees and contractors, but their families, communities, and our customers," she said in an interview. “We will be turning our attention now fully to solidifying our plans to resume operations.”

Brian Butler, president of the union local, declined to comment until his members have seen the proposed settlement.

In a statement, however, he said the union stood its ground. “I am pleased to report that the tentative agreement does not contain any concessions, which was a key mandate from our members.” 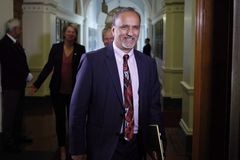 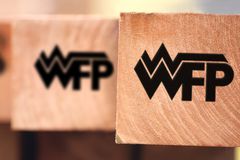