Supporters of pro-democracy protesters in Hong Kong plan to rally at an NBA preseason game in Vancouver, the latest in a series of demonstrations in the region that have steadily grown in tension.

The latest rally, planned for the exhibition game between the Los Angeles Clippers and Dallas Mavericks at Rogers Arena on Thursday, comes as the league finds itself embroiled in a standoff with China that began Oct. 4 when Houston Rockets general manager Daryl Morey shared his support of Hong Kong protesters on social media.

Since then, NBA commissioner Adam Silver has said the league will not regulate what players, employees or team owners say on the issue, but subsequent incidents – including a Rockets staffer cutting off a reporter who asked two players about the situation, and L.A. Lakers star LeBron James suggesting free speech comes with consequences – have only inflamed tensions.

Organizer Lee Haber said the objective of Thursday’s rally is to raise awareness not only of the situation in Hong Kong but of the attack on free speech in the West.

“Yes, [Silver] has come out saying that the NBA supports the free speech of its fans, its players, its employees. We want to know if they really stand by those words,” Haber said.

“Do they value free speech over spectacle? Over access to the Chinese market? Because, really, at the end of the day, you can’t choose both.”

Protesters say they will gather outside the arena before the game and hand out flyers to people heading inside. Some protesters are also expected to raise banners and chant pro-Hong Kong chants inside the arena during the game.

Pro-Hong Kong protests have also occurred at other NBA preseason games in the United States, including in Washington and New York.

Canucks Sports and Entertainment, which owns and operates the Vancouver arena, is aware of the planned protest and said in a brief statement on Wednesday it is gathering information and consulting with local agencies and the NBA. A spokesperson with the NBA did not respond to requests for comment.

In a tweet posted on Oct. 4, Morey posted an image with the words: “Fight for freedom. Stand with Hong Kong.” It was soon deleted, but not before sparking an international firestorm: Chinese companies pulled sponsorships and severed ties with the league, Chinese state television cancelled plans to air two preseason games.

The NBA issued a statement three days later that drew further criticism for its Chinese translation taking a different tone. While the English statement said the league supports “individuals’ educating themselves and sharing their views on matters important to them,” the Chinese statement expressed disappointment in what it called Morey’s “inappropriate” remarks, saying they “undoubtedly hurt the feelings of Chinese fans.”

That prompted Silver to issue his own statement on Oct. 8, espousing the league’s values of equality, respect and freedom of expression, and saying it “will not put itself in a position of regulating what players, employees and team owners say or will not say on these issues.”

Haber said athletes with such a platform have a responsibility to defend the values they profess to hold dear. The NBA has positioned itself as a socially conscious league; when a Fox News anchor last year told James to “shut up and dribble” after he talked U.S. politics, James responded by saying he felt a need to demonstrate leadership to young people.

“Whether they like it or not, we do put celebrities and athletes on a bit of a pedestal,” Haber said. “They are public figures. Rightly or wrongly, we look to them for leadership. Their comments do matter, and what they say makes a difference.” 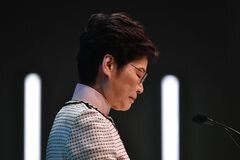 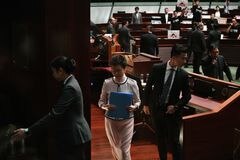 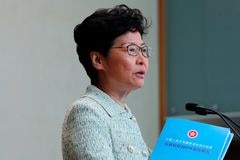