When Krissy Montgomery fell off her surfboard into the waters of Tofino, B.C., the crashing waves drove the board back into her head. Back on the shore, the concussion from the incident would become clear moments later, as sudden mood swings and intense headaches took over.

All of Ms. Montgomery’s colleagues have similar stories, but few around the surf paradise of Tofino speak readily about the invisible consequences of tackling powerful waves.

While most of the attention surrounding the risk of concussions has focused on hockey and football, surfers off Canada’s West Coast face significant risks of concussions according to international data and accounts from surfers and physicians. The athletes are at risk of being hit by waves and boards, as well as stray logs, unseen rocks, the ocean floor and other surfers.

“I came up and I was very confused," Ms. Montgomery, now a 40-year-old surf instructor told The Globe and Mail. “I wanted to cry but I was angry, and then I just wanted to paddle out my surfboard but I was confused as to why I was doing that. I had this very intense emotional response.”

Concussions in surfing are more like a motor vehicle accident than being checked into the boards in hockey, explains Tofino-based chiropractor Ron Norman. A surfer’s head can be jerked or twisted on the way down, causing the brain to rattle violently and making the act of falling just as dangerous as the impact that comes after.

“The wipeouts go with the territory. Everybody falls at some point. You can have days that you feel like you definitely got your bell rung,” Mr. Norman, who is also a surfer, said.

Canadian surfers are a particularly diehard group. Cold, grey and rainy days, water temperatures of 7 C and waves as high as nine metres, are all typical for Tofino beaches. The only thing between a surfer and the rough conditions is a five-millimetre-thick wetsuit. And unlike other sports where concussions are common, surfing has the added danger of drowning if an athlete is knocked unconscious.

These rates could potentially be even higher as the injury is grossly under-reported, Mr. Norman says.

Many surfers don’t even realize they have a concussion because it’s not an injury associated with the sport, said Nikolaus Dean, a surf enthusiast and researcher at the University of British Columbia. Mr. Dean studied the attitudes of Canadian surfers on concussions and found that although close to 60 per cent of the participants he interviewed had sustained one, they didn’t know how to properly diagnose or manage it.

The carefree, risk-taking and headstrong attitude is typical of surfers, Mr. Dean said, and it’s contributing to concussions. He found that both men and women underestimated and concealed injuries.

Often, having a headache, feeling rattled or disoriented is not enough to deter surfers from getting back onto a wave, Mr. Dean found. A limited window of time to surf because of weather and wave conditions, as well as a surf culture that celebrates bravado, all contributed to a surfer’s desire to return quickly.

It’s still unclear what the long-term effects are of multiple wipeouts. Hawaiian pro-surfer Paige Alms, who grew up in Victoria, sustained her first concussion while skateboarding at age 12, and says she suffered a complete mental breakdown.

“I was unable to focus, [I had] depression, I was so worried I would fail in school – although I was a straight A student – and was so stressed over every little moment,” she wrote in an e-mail to The Globe.

Since that incident, she said she has had multiple minor and more severe surfing-related concussions.

“I have had a few times ... where I have hit the water so hard and spun so violently underwater, that by the time I come to the surface, I have seen stars, been completely out of it, blurred vision, dizziness, brain fog.”

Ms. Alms now wonders whether some of the experiences she has as an adult – difficulties with short-term memory, getting light-headed sometimes and needing more sleep than others – are due to her history of head injuries.

A growing recognition of the problem has made officials and those on the water think about what they can do to prevent head injuries. Team Canada has developed its own guidelines, as well as a protocol surfers need to follow before they head back out after a fall. Rest is key, but surfers also need to make sure their balance and vision are up to the task.

Some physicians in Tofino and neighbouring surf communities give surfers sitting in their offices advice on how to recognize signs of concussion and tell them to look out for them in themselves and their friends on the waves.

While helmets have been adopted in sports such as hockey and football, the same is unlikely to happen in surfing, Mr. Norman says, because they throw off a surfer’s sense of balance and limit their range of vision.

Ms. Montgomery teaches her students to fall correctly by covering their heads with their hands and elbows. She says surfers can prevent injuries by understanding local wave and geographical conditions, surfing with someone and giving priority to the surfer closest to the peak of the wave.

Still, risky behaviours and attitudes seem deeply entrenched in the community. Mr. Norman sometimes has a difficult time convincing athletes he has known for decades that they should rest. “Don’t be stubborn with it,” he tells them.

Getting surfers to open up and tell their stories on the sand or in their local hangouts will lessen the perceived peer pressure of returning to the waves too soon, Mr. Dean says. Surfers really care for each other, he said, now it’s time for them to care for themselves, too. 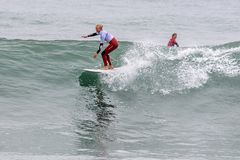 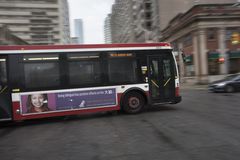 How the surfing sisterhood helped put Tofino on the map​
March 7, 2018