A simple but effective change. That’s how a mayoral candidate in B.C.'s fastest-growing suburb presented the idea of ditching the RCMP and creating a city police force in last year’s election campaign, as Surrey residents mounted protests over crime and gang problems.

But now, Mayor Doug McCallum’s push for the change, which was officially given the go-ahead on Thursday by the province, has proven to be fraught with complications in every direction, from regional coordination to hiring issues. There seems little doubt it will cost the city more.

And, it turns out, there are zero examples of cities as big as Surrey – which has a population of about 570,000 and is the largest city policed – that it could draw lessons from.

“There is no recent example, and there has never been an equivalent example, of a municipality the size of Surrey transitioning from the RCMP to an independent police service,” noted RCMP headquarters spokeswoman Michelle Schmidt in an e-mail.

The city spent much of its time since last fall’s election putting together a plan to end Surrey’s longstanding policing contract with the RCMP and instead create a local force. When the provincial government approved the plan earlier this week, it appointed Wally Oppal, a former attorney-general with extensive experience working on policing issues, to oversee the transition.

The most comparable example might be the decision by the Cape Breton Regional Municipality, population then around 100,000 spread over 2,400 square kilometres, to switch in 2000 from RCMP to a regional police force. Any other shifts in recent decades have been more incremental, according to historical accounts from the RCMP and in reports by a consulting company Perivale and Taylor that has frequently done studies for towns thinking of a transition.

It has mostly been very small towns that have gone one way or the other. For example, Coaldale, Alta., with a population of 8,000, switched in 2016 from getting its policing through the nearby Lethbridge municipal force to its own RCMP detachment. There are also examples of medium-sized towns that have amalgamated and opted for the municipal force of one town rather than the RCMP of the other, as Abbotsford and Matsqui – two communities in British Columbia’s Fraser Valley – did in 1995.

Many others cities and towns have considered the idea, wanting more local control, fed up with what felt like unresponsiveness from a big Ottawa-based bureaucracy, or in response to some crime wave.

But their councils have, until now, mostly backed away from what seemed like an abyss of potential problems: significantly higher costs; liability for lawsuits by the public against police (which the RCMP now handle); responsibility for recruiting and training and HR problems; and more activist employee unions.

In the end, they’ve preferred to stick with the devil they know because of the algorithm that inevitably works its magic in political decisions. That is: The RCMP are cheap.

Red Deer, Alta., is currently going through its third study on whether to switch from the RCMP to a municipal force. Buck Buchanan, a Red Deer city councillor and retired 29-year RCMP veteran with two police-officer daughters, thinks a municipal force would be better, but predicts the proposal will go nowhere.

“The force is the Walmart of policing. It’s the cheapest bang for your buck,” he says.

For communities that contract their policing to the RCMP, the force covers 10 per cent of the costs for larger cities that had agreements before 1991. In Red Deer, Mr. Buchanan said it would likely cost about $1-million to switch to a municipal force.

As well, Mr. Buchanan points to the salaries of his two daughters. The one working for the RCMP in Fraser Valley makes $86,000 a year. The other, who works for Calgary’s police force, earns $110,000.

In Surrey, a city report projected the police budget would increase almost 11 per cent from the current $174-million, while the one-time start-up costs would be about $40-million. The mayor has insisted this won’t result in property-tax increases, but critics such as Councillor Brenda Locke worry that it will mean either fewer officers – the opposite of what Surrey needs – or cuts to other services.

Those same issues have arisen for other Lower Mainland municipalities.

Burnaby, Coquitlam and Richmond are among the five largest cities policed by RCMP in Canada, along with Surrey – a legacy of the higher presence of RCMP in the west. Ontario and Quebec, for example, have no RCMP in specific cities or regions anywhere because they have provincial police. In a 2007 report for Richmond, Perivale and Taylor noted that B.C. had 5,900 RCMP, a third of the total Canadian RCMP force.

Coquitlam Mayor Richard Stewart has previously estimated that his city would end up paying as much as a third more for a local force, plus one-time costs associated with making the switch.

In Richmond, Mayor Malcolm Brodie acknowledged that the RCMP created a lot of resentment among local politicians almost a decade ago by building an expensive new headquarters in Surrey without any local consultation. But he said the public is content sticking with the RCMP.

And, in Burnaby, which abandoned plans to even study the idea, councillors are concerned about what Surrey’s pull-out from what has been a strong regional RCMP presence will mean.

Mr. Oppal said his team will be looking closely at the need for regional coordination – an issue that he is intimately familiar with, having concluded in his inquiry into the Robert Pickton serial killings that a significant part of the problem was a lack of communication between the different jurisdictions where Mr. Pickton operated.

“It’s one of the factors the province needs to consider, what impact there will be with respect to other police agencies.” 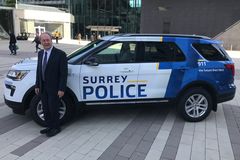 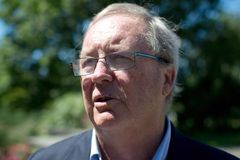 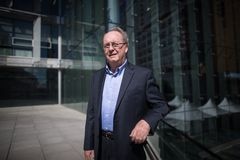