Chris Darimont and Paul Paquet are with the University of Victoria and the Raincoast Conservation Foundation. Chris Genovali is executive director of Raincoast.

Without the crushing emotional burden of a pandemic, Takaya the grey wolf would surely and immediately emerge as British Columbia’s Cecil the Lion. His senseless killing by a hunter this week could – and should – leave a significant and enduring mark on society and provincial wildlife management. To get there, however, we need to understand why anyone would want to kill Takaya, or any wolf for that matter. Such knowledge can chart a future towards change.

Takaya’s story is special. Eight years ago, as a bright-eyed two-year-old, he took a few wrong turns. He was dispersing to find his own turf to prepare for a family of his own. Instead, he became socially distanced from all other wolves after he swam to a small island group off the city of Victoria.

He won the hearts of many. Displaying unique, marine-oriented behaviours, he became a favourite among local naturalists. At the height of this January’s mating season, he rose to widespread celebrity when he swam to Victoria, presumably en route to the distant hills and his first romance ever. His quixotic transit took him through a densely populated urban centre, where he was captured by B.C. conservation officers. The next day, he was released “to the wolves” in remote habitat on the southwest coast of Vancouver Island.

The menacing predators who killed him barely two months later were not wolves, but the most peculiar and destructive killers on the planet: humans.

Although Takaya’s story is special to us, his life is not any more meaningful or valuable than that of more than 1,000 other wolves that meet a similar fate each year in British Columbia. While no one but the shooter will reliably know the circumstances in which Takaya was shot, most wolves are not killed in defense of life, livestock or property. Instead, these predators are typically turned into prey.

But why would anyone kill a wolf? This question is setting social media channels ablaze.

We need to start in deep time, the domain of evolutionary ecology. Theory and empirical research suggest that hunting provides hunters not only a carcass, but also a status-enhancing signal. Whereas an edible animal, like a deer or moose, may provide a modest signal, killing an inedible, rare, and potentially dangerous animal provides a larger signal. Large signals allow hunters to show others that they can afford physically and mentally costly behaviour, thereby elevating their status.

Acknowledged or not, those hunting carnivores today are hunting for status. They kill for trophy and attention. And the internet now provides a vast virtual audience to which to boast.

Given its deep roots, how might this wicked behaviour be restricted? Shaming was important in ushering in change after Cecil was killed in Zimbabwe by a trophy-hunting Minnesota dentist in 2015. Shaming may similarly influence the future of carnivore hunting in B.C. Shaming, after all, tends to erode status.

A stronger approach would involve an appeal to the broader hunting community. Most hunters, after all, are not interested in killing carnivores. They hunt to feed their families, not their egos, and are disgusted when others kill so gratuitously. Most hunters hold values that now dominate society: We can respectfully use, but should never abuse, wildlife. We take a life only if it gives us life. With increasing realization that the fringe hunters who kill carnivores threaten the fragile social license granted to all hunters, we suspect that appeals could be embraced.

Those who hunt predators for sport and trophy comprise a small minority of all hunters, themselves a narrow and shrinking slice of society. The killing is conveniently obscured by use of sanitizing and muddling language intended to disguise the uncomfortable reality that wolves are sentient, highly intelligent, emotive animals closely akin to the family dog.

Another simple but powerful explanation for why somebody would kill a wolf is simply because the province permits them to do so. Hunting regulations regarding wolves and other predators are embarrassingly out of step with societal values. In other domains, our regulatory systems have rightly restricted – even penalized – similarly violent, abusive and unjustified harm to human and non-human lives.

Although concealed under a smokescreen of scientific wildlife management, regulations that attempt to legitimize a behaviour so grossly misaligned with societal values ought to be challenged, and vigorously. This strategy was central to the eventual ban on the grizzly bear trophy hunt in B.C. With Takaya as our Cecil, this moment will come for wolves. 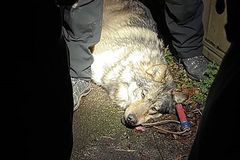 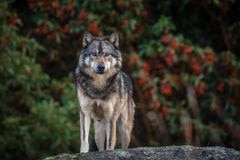