When Piranavan Thangavel arrived in British Columbia on the MV Sun Sea a decade ago, he imagined Canada, reputed to be a leader in refugee protection, would welcome him and other Tamil migrants who fled their home country ravaged by civil war with open arms.

But the reception they received surprised him. The vessel docked on the West Coast in August, 2010, carrying 492 Sri Lankan Tamils – 380 men, 63 women and 49 children. Many were held in custody for months. Mr. Thangavel, who was 19, was detained for eight months.

“When I ended up in Canada, my thought was different, [thinking] Canada would welcome us,” he said.

After a decade, some of these Tamil asylum-seekers, including Mr. Thangavel, are still waiting to be granted permanent residency in Canada, but they feel grateful to the country for offering them a new life.

“Canada has given us a lot,” said Mr. Thangavel, whose refugee status was approved in 2018.

As this week marks the 10-year anniversary of the ship’s arrival, Gary Anandasangaree, Liberal MP and parliamentary secretary to the Minister of Multiculturalism, said the event is an “important learning experience” for Canada.

“Canada, as welcoming as we have been in many occasions, there are times we have not been and this is one of those moments,” said Mr. Anandasangaree, who was on the ground when the boat arrived.

He said many of the migrants were treated horribly after arrival with long detentions, including separating children from parents. He said some of the asylum-seekers returned to Sri Lanka and a handful of others abandoned their claims because they were treated like criminals and the applications dragged on too long.

“There’s a lot more work for us to do but also to remind all Canadians that we’re better than what we have been.”

Mr. Anandasangaree said even though many of the Tamil migrants have settled in Canada, there have been many hurdles in their lives that they had to overcome: Some are struggling with traumas caused by the war, some are experiencing depression owing to the long separation with families back at home, and many have been caught in a bureaucratic backlog that has dramatically slowed their applications for citizenship and permanent resident status.

“They have been separated for 10 years. Many children growing up, not knowing their father, their mother. And it’s just a heart-wrenching experience.”

Raj, who did not want his real name published because he worries about reprisals against his family back in Sri Lanka, fled his home country after both of his parents died in the civil war. Even now, he still sometimes dreams about being chased or shot in battles.

He was detained for 2½ months in B.C. and then flew to Toronto to look for his extended family. After completing high school in Ontario, he hoped to attend a university in Canada. However, without permanent resident status, he could only attend as an international student, meaning much higher tuition. Raj gave up his pursuit of higher education.

In 2015, after moving to Alberta for a year, he started his own communication business. Last year, the then 28-year-old was ecstatic to finally be approved for permanent residency. He said next year his goal is to become a Canadian citizen.

Mr. Thangavel said he couldn’t understand why Tamil asylum-seekers were treated very differently from thousands of Syrian refugees who were welcomed by Canada in recent years.

Richard Kurland, a Vancouver immigration lawyer, said the Sun Sea vessel illustrated that worry about the control of Canada’s borders appears to be behind the different treatments.

“It’s not that Canadians back then were opposed to refugees; it’s control,” he said.

Mr. Kurland added that since then, Canada learned from its operational mistakes and has strengthened migration control internationally. 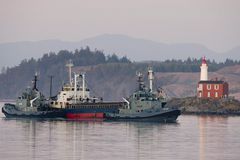