Long before Dr. Bonnie Henry became the public face of British Columbia’s COVID-19 pandemic response, she had earned the title of the “virus hunter” for her work dealing with outbreaks of SARS, Ebola and the H1N1 swine flu. In her 30-year career in public health, she has come to recognize patterns – not just of how viruses spread, but of how government agencies tend to forget the lessons learned after each outbreak.

In a briefing late in March, B.C.'s provincial health officer described a “curve of neglect,” where we move from a state of complacency, to crisis, followed by an urgent commitment to better planning, before things slide back to complacency. “Something bad happens and we realize that the work that we do in public health and the things that we have in our health care system to help protect people and look after people – we pay attention to it,” Dr. Henry said. “And then, as things go by and it’s not so bad any more, we get complacent and the resources that go into things like prevention, things like public health work, go down. And then, unfortunately we often see [bad] things rise again.”

Today, hospitals across Canada are begging for critical equipment – ventilators, respirator masks and more – to treat patients and to protect front-line health care workers as the spread of COVID-19 threatens to outstrip their capacity. But B.C. has been on alert and making plans long before now to prepare for this, and that is in large measure because of Dr. Henry’s personal experiences with the consequences of complacency.

In February of 2003, Dr. Henry was with Toronto Public Health when she tried to raise the alarm about an emerging epidemic in Hong Kong, requesting that hospital physicians be on alert for severe cases of influenza, particularly in otherwise healthy people. Those warnings were not heard.

Weeks later, still before any cases had been observed in Canada, she was the first public health official sent to look into a strange case at a Toronto hospital. Before anyone knew what was wrong, the patient’s infection quickly spread through the emergency department. He became known as Case A.

Dr. Henry’s response – effectively shutting down the hospital and imposing strict measures for personal protection equipment – led to her becoming the operational lead in Toronto’s response to the outbreak of the coronavirus known as SARS, or Severe Acute Respiratory Syndrome.

Later, a commission of inquiry into the SARS outbreak, which led to 44 deaths in Canada alone, examined the slow response to Dr. Henry’s warnings.

“Despite the communication efforts of Dr. Henry, emergency room staff, family physicians, infection control practitioners and infectious disease specialists across Ontario were not informed as none of these alerts were broadly disseminated to the front lines of the medical community," the commission’s final report noted.

Dr. Henry provided notes she had taken during the outbreak to the commission. “This outbreak has also made clear the paucity of resources put into public health in Toronto with 5 physicians and lack of nursing staff to deal with some of the complex medical issues that this outbreak has required,” she wrote, foreshadowing her recent observations about the curve of neglect.

Another passage helps explain her current commitment to ensuring that both the public and health officials are up to date on the spread of COVID-19.

“Much time in the first few weeks of this outbreak were spent on conference calls that did pass some information but resulted in exchanging of opinions and very little time to actually get the work done that needed to be done to help manage the outbreak," Dr. Henry wrote in 2003.

This year, Dr. Henry’s first public statement on COVID-19 was on January 25, when Ontario confirmed its first case. Although no cases had been detected in B.C. at that time, she was warning health care workers to be vigilant and take a travel history for anyone reporting respiratory symptoms.

The SARS commission, in its final report, urged governments not to forget what the inquiry had found. “As the memory of SARS fades, as budget pressures loom and when there is so much talk about change, it is important that governments, local, provincial and federal, are held to the talk: that talk becomes action and that necessary resources levels are maintained and are not permitted to decline.”

Dr. Henry, speaking to reporters in one of her daily COVID-19 briefings, predicted we will be making these inquiries again, after this pandemic is behind us.

“We need to work with what we have got and try and make it better, and try and get through this," she said, "and then we can reassess where it is we need to make changes for the future.” 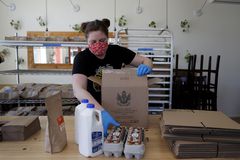 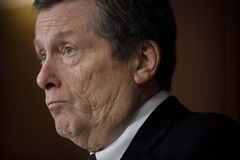