Adrienne Tanner is a Vancouver journalist who writes about civic and provincial affairs.

About a month ago, a friend who is a thoughtful and committed environmentalist wrote a Facebook post that almost knocked me off my chair.

“I know this sounds traitorous, but I think progressive activists should back off action against the Trans Mountain pipeline if it threatens the establishment of a national carbon tax.”

This was a shocker coming from a carbon crusader so incensed about coal exports from B.C., he once joined a band of protesters to block a railway. He was one of the last people I would have expected to buy the Prime Minister’s line that the pipeline expansion is a net environmental plus because if it dies, the national carbon tax will die alongside it.

My friend agrees with the PM that the real argument is climate change, not oil spills, and points out far more oil is shipped through far more crowded ports worldwide. “We don’t protest that,” he said. “So, this is a NIMBY issue.”

Now that is certainly how a lot of people east of the Rockies feel about British Columbians. Fairly or not, we are often viewed as hypocritical climate-change proselytizers, who dismiss our neighbours’ economic concerns, all the while enjoying the benefits of their hydrocarbon production as we fill our SUVs for trips to the ski hill and hop on planes for foreign vacations.

Growing up in Alberta, I have witnessed the vagaries of an oil and gas economy. Friends whose oil-dependent jobs ended mid-career during the most recent price downturn are still struggling to find work. It is a lot harder to focus on climate change when the paycheques stop. And Albertans feel Premier Rachel Notley has forced them to do their bit to fight global warming by signing on to the national carbon tax.

But as a long-time British Columbian, I also share the passion to protect our coastline and concerns that a bitumen spill could ruin it forever. Pipeline protesters believe this so strongly they are willing to face arrest and criminal contempt charges. This strategy has worked in past protests, such as the fight to protect old growth trees on Vancouver Island and the Central Coast. Many have joined the pipeline protest in the sincere belief this project is antithetical to Canada’s climate-change commitment to help keep global warming between 1.5 and 2 degrees. Like them, I wish we were better able to work together to wean ourselves off fossil fuels. This is an epic challenge, one which may prove impossible in our lifetimes. But one thing is certain: it will not happen so long as our governments are at each other’s throats.

There is another long game that deserves consideration. Take a look south, where the views held by those in red and blue states are so discordant that political discourse has lost all remnants of civility.

The longer this pipeline fight continues, the more parochial our politics become and the more we risk growing as embittered and divided as our American neighbours. My friend knows this, and for that reason changed his mind. His views are governed by fears that killing the pipeline will spell the return of less environmentally conscious provincial and federal conservative governments. He now believes it is better to mitigate the risk of spills as best we can, say yes to the pipeline and support a nationwide carbon tax, which will go further to reduce greenhouse gasses.

When I last spoke to him he felt this change of heart has made him an outlier among his activist friends. But the most recent Angus Reid poll shows overall support for the pipeline in B.C. climbed six points to 54 per cent from 48 between February and April, suggesting he is not alone. The jump coincides with the degeneration of B.C. and Alberta relations under a barrage of court challenges, wine bans and escalating threats to ratchet back oil and gas imports to B.C.

Not everyone whose views are shifting looks at the problem through my friend’s left-coast lens. Many other British Columbians may just lack the stomach for this kind of fight. B.C. and Alberta are only one mountain range and time zone apart, and it bodes ill when such close neighbours become enemies. 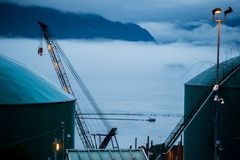 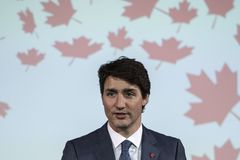