What if it was easier to build a better city? With a lot of downtown housing in energy-efficient buildings; with lots of green space and almost no room at all for cars?

That’s the vision that’s come forward this week from the Squamish Nation in Vancouver. Senakw is a project on reserve land and lies almost entirely outside the lines of city regulation. Despite that fact – or because of it – it promises to be an exemplary piece of urban development.

The Squamish Nation has strong ambitions here. Working in partnership with Vancouver-based developers Westbank, it aims for a high level of environmental sustainability. “The project speaks loudly to our identity as the original owners of these lands,” Squamish Nation councillor Khelsilem, who uses one name, said this week.

It revealed this week that it intends to develop an 11-acre reserve in Vancouver with 11 towers totalling 6,000 homes, plus a substantial amount of retail space and generous green space. All this would fill an L-shaped piece of land that was returned to the nation about 15 years ago, a remnant of its ancestral lands on the shore of False Creek – and most recently used by CP Rail. 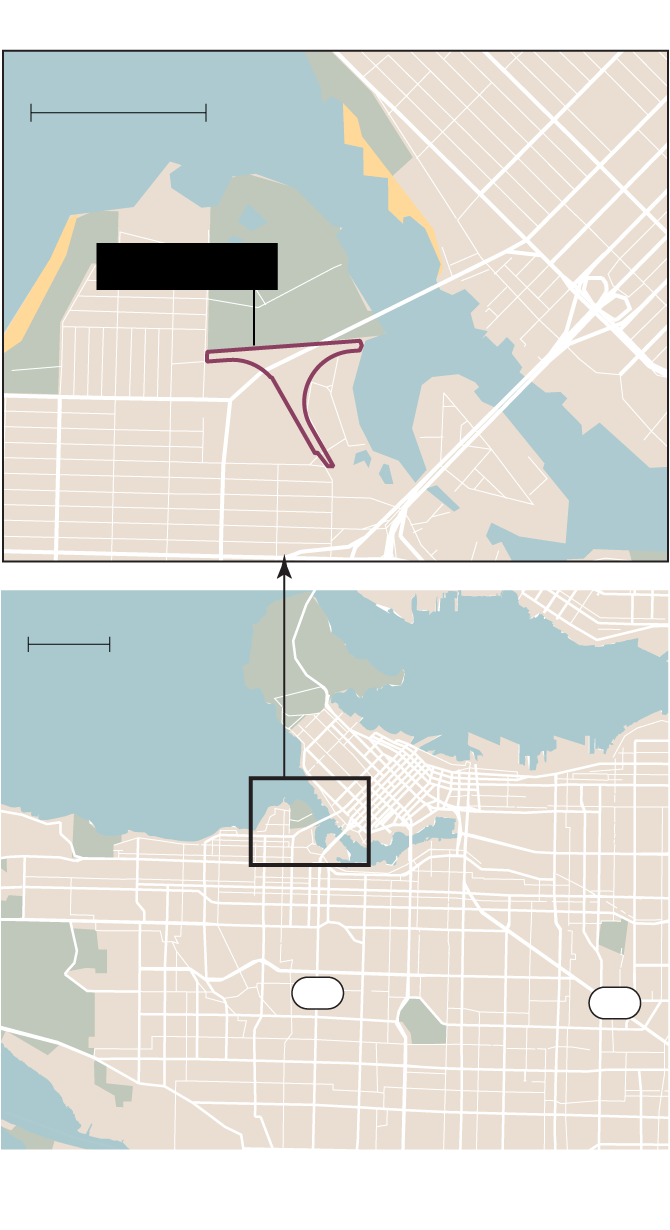 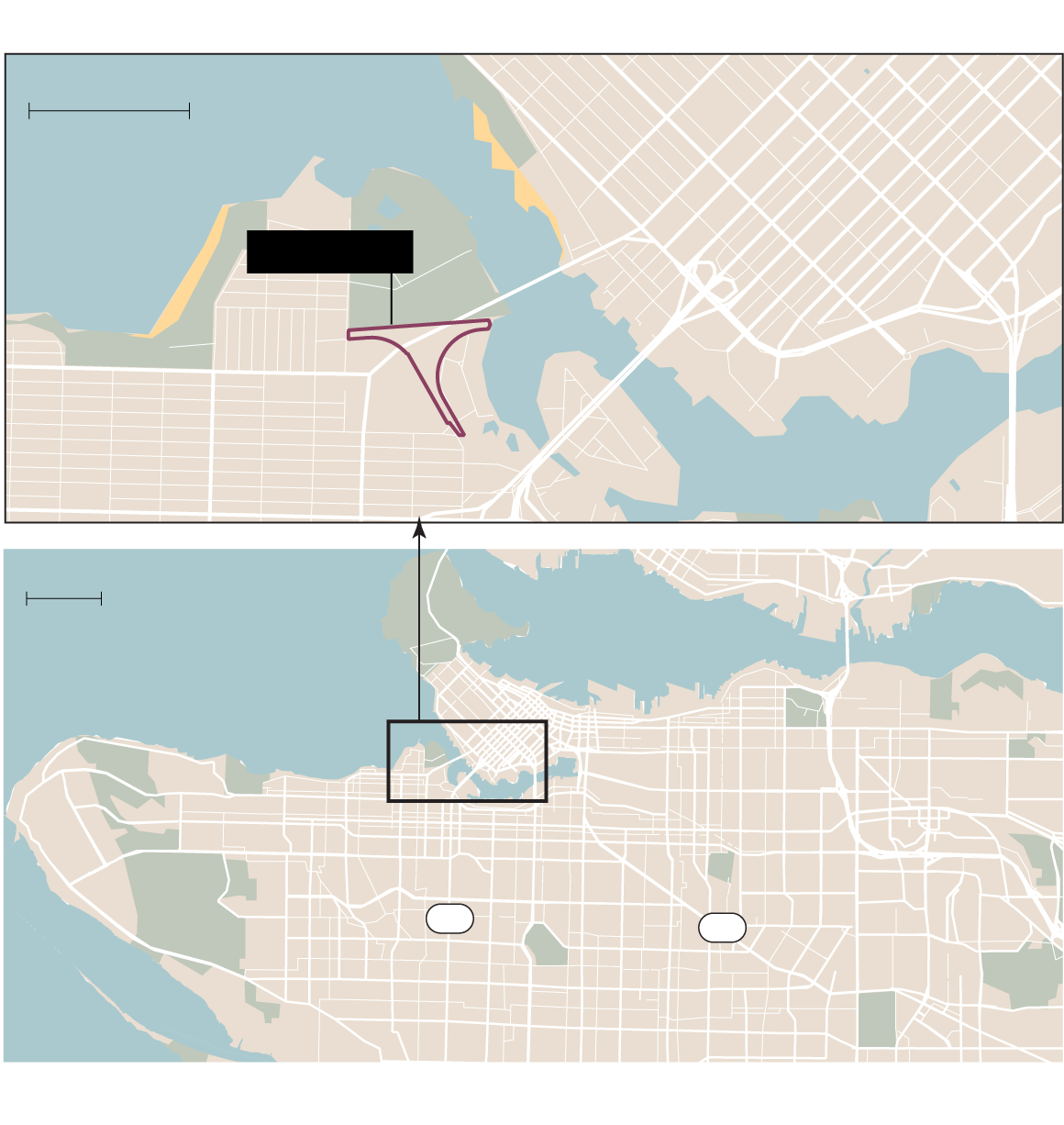 Khelsilem said the project will have a strong Indigenous identity. “Other developers aren’t operating from a rich cultural heritage, as we are,” Khelsilem told me. And that’s clear from the first drawings of the project. The curvaceous buildings by local firm Revery Architecture incorporate a lot of greenery and traditional Squamish symbolism. Indigenous design will extend through the project on a variety of scales, Khelsilem said, from public art and landscape architecture all the way down to custom doorknobs on suite entry doors. “There will be dozens of Squamish artists involved, at all stages of the process.”

Landscape architecture will be by Vancouver’s PFS Studio and Toronto’s Public Work. The skinny, irregular site will link up with adjacent Vanier Park and activate the space under the Burrard Bridge. It’s a remarkable expression of design creativity, turning an easily overlooked site into a meaningful place.

The project also scrambles the debate within Vancouver about real estate development. Being supportive of reconciliation, in this case, means saying nice things about a bunch of tall buildings. A number of Vancouver progressives who are skeptical of development have done so this week. And Mayor Kennedy Stewart has publicly expressed his support for the proposal – but that’s no surprise; he has repeatedly expressed the view that a city with a housing shortage will benefit from all sorts of housing.

That is, bizarrely, a controversial position. There is a faction of Vancouverites, many of whom live in multimillion-dollar houses, who have a visceral dislike of All Those Towers. Councillor Colleen Hardwick told The Globe and Mail’s Frances Bula that the project would be “inconsistent with the values of a livable city.” This has something to do with height; anti-development figures such as Ms. Hardwick often equate “livable” with short buildings that house fewer (and richer) people.

The Squamish Nation sees it differently. As Khelsilem explained to me, the nation has declared a climate emergency. “And we’re not going to fight climate change using cars,” he said. “We’re going to address it using transit, cycling and walking.” So the development will have only about 600 parking spots for its 6,000 homes. The nation is advocating for a light-rail line to the site. “People who live here will have to accept that they won’t be using a car,” Khelsilem said.

This is a critical point, translating broad ideas about “climate action” into real action. But most real estate developers wouldn’t take that leap – or, if they wanted to, they wouldn’t be allowed. Most cities, including Vancouver, mandate much higher levels of car parking within new developments, refusing to accept that new residents might be willing to go car-free.

This decision also saves vast amounts of money. An underground parking space on this site, Khelsilem said, would cost between $80,000 and $120,000 to build. Now those funds can go to better use, either to the nation itself or to other features of the development. And those thousands of parking spots, in concrete garages, would carry a massive carbon footprint of their own.

The Squamish, by avoiding this, will aim for the project to be net zero – generating no net carbon emissions at all. To achieve this, the Westbank subsidiary Creative Energy is going to build a neighbourhood energy system on the site, linked under Burrard Bridge to the existing grid downtown.

But leave the specifics aside. Take this project as a thought experiment: What if we accept that densifying an inner city – even with towers – is the greenest way we can build? And that leftover corners of a city might have deep significance and become rich ground for building a better future? It starts here.