“Don’t spread the virus, spread the love! Support our local businesses!” The handwritten sign just outside the blink-and-you’ll-miss-it downtown in Point Roberts, Wash., harks back to a simpler time, 10-odd days ago, when businesses were still running, and the economic future felt bright.

At this point, just the grocery store, a gas station and a hardware store are keeping their doors open in the bucolic Whatcom County border town of 1,300.

Nielson’s Building Center was set to close. But demand from the cabin-fevered populace was high enough that they decided to stay open to service the putterers, and give locals a place to chew the fat.

“Be careful out there,” a Nielson’s clerk – who changed her blue, surgical gloves after every transaction – warned her customers. “It’s scary right now.”

The novel coronavirus is raging across Washington State, where it found its first foothold in the United States. “The Point,” as residents here call it, is a geographical oddity. Surrounded by the sea on three sides, it sits at the southernmost point of B.C.’s Delta peninsula, below the 49th parallel. All five square miles – or 12 square kilometres – of it belong to the U.S., though it’s not physically connected to the mainland.

While Point Roberts’s spectacular beaches and dazzling sunsets rival Tofino’s, it is an awful place to get sick.

The closest hospital and pharmacy are in Bellingham, Wash. Getting there means crossing two international borders, which are closing Saturday to all nonessential traffic, an attempt to slow the transmission of COVID-19.

Generations of Vancouverites have flocked to the sleepy U.S. backwater for the recreational property, cheap booze and gas, and to gorge on illegal-in-Canada medium-rare burgers.

With its weathered, cedar-sided beachfront mansions interspersed with double-wide trailers, it’s a bit like the Hampton’s meets Wasaga Beach.

In July, the shallow pools off Maple Beach can hit 27 C. When the tide is out, you can walk to a border marker one kilometre offshore in Boundary Bay.

The virus has “Pointers,” whose median age is 60, on edge.

Pamala Sheppard, 64, and her 66-year-old husband, John, won’t even allow their grandkids, who live nearby, to visit. For the past five days, they have shut themselves off completely from the outside world, relying on FaceTime to stay in touch with their kids.

Their worries don’t end with the virus.

The two run Auntie Pam’s Country Store, an eclectic little emporium that sells everything from handmade jewellery to toys, shot glasses and herbal tea. The store is a popular hangout in summertime, when the local population swells to 5,000.

Like a lot of local businesses, “Auntie Pam,” as Ms. Sheppard is widely known here, relies on Canadians to keep her business afloat through winter.

Normally, she says, “the Canadians start to arrive at the end of March to open their cottages.” This year, she isn’t expecting them until June. If they don’t make it by July, “I don’t know if I can stay open. I can’t afford the overhead.”

That same fate is facing so many small-business owners in town.

The border here was last closed after 9/11, but that was nothing compared with what the disruption that COVID-19 is expected to cause.

Well before the virus hit, Point Roberts had an apocalyptic vibe in winter. It is cut off, both physically and psychologically from the U.S. mainland. Driving on its tree-shaded roads, you are more likely to encounter a border guard in a cube van than a local. U.S. Coast Guard cutters constantly patrol the peninsula.

The border gives it the feel of a gated community. (Rumour has it that this high-security feature has made it a draw for the U.S.’s Witness Protection Program. Locals say as many as 50 people in the program live here, though it is impossible to prove – or disprove – this.)

To try to drum up income, Ms. Sheppard, who makes a line of essential oils and soaps, produced a batch of “Shoo Flu,” made from eucalyptus, tea tree oil, oregano, clover and rosemary that is purported to help keep the flu at bay. The batch of 1,000 sold out instantly. But she can’t produce any more. She sold them in tiny bottles originating from China; and the supply chain is gummed up from the country’s recent quarantine. She had to stop selling homemade hand sanitizer for the same reason.

It is a wholly unique place. The thick rural Washington accents, unhurried rhythm and hat-wearing Trump supporters give it a small-town-America feel. At the same time, the local marina flies a Maple Leaf, the kids play for sports teams in neighbouring Tsawwassen, B.C., gas sells by the litre, and the radios play CBC.

Editor’s note: (March 31, 2020): An earlier version of this article used the wrong name for the person working at a store and also incorrectly reported the number of people in the town in the summer. 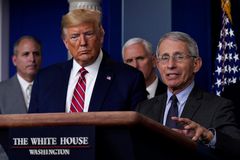 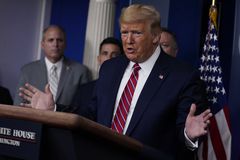 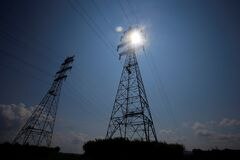