Seaplane operator Harbour Air, which regularly shuttles B.C.'s political class to and from Victoria, is looking to become the first all-electric fleet of commercial planes in Canada – but the company head says passengers have nothing to fear.

Greg McDougall, founder of the company that bills itself as North America’s largest seaplane airline, said Monday that “I’ll be the first guy to fly one. I’ll be the test pilot of it.” He was referring to an electric-powered prototype the company will test within months as a prelude to electrifying the fleet within about two years.

By November, the company is planning to be testing a de Havilland Canada DHC 2 Beaver, a six-passenger aircraft equipped with an all-electric motor developed by magniX, a company based in Redmond, Wash. MagniX has been crafting the technology on the ground, but has yet to operate it in an aircraft.

“We have to prove a standard of safety that’s equal to or better than what we currently have.”

Mr. McDougall, who founded Harbour Air in 1982 with a pair of small seaplanes, says he is making the shift to keep ahead of the electrification of transportation, and also to reduce the company’s environmental impact.

He said his company is in a unique position to advance the concept of electric flight because its flights are relatively short, with average lengths of about 30 minutes in single-engine aircraft that don’t require as much power or battery capacity as other aircraft.

The company also has flights to and from destinations such as Nanaimo, B.C., and Tofino, B.C., on Vancouver Island as well as Whistler, B.C., , Sechelt, B.C., and Salt Spring Island, B.C., among other locations. They carry about 500,000 passengers a year.

Steve Holding, chief instructor for aviation technical programs at the British Columbia Institute of Technology, said electric flight is being developed but without breakthroughs on the scale Harbour Air is proposing.

“Powering a larger aircraft with batteries is still really a huge technical challenge just because of the weight of batteries required to put out the power to allow a larger aircraft to take off and climb – one I wish we could overcome as quickly as possible,” he said.

Roei Ganzarski, chief executive of magniX, agreed on the battery issue. “Battery density is not where we want it to be for long-range flying, similar to where automobiles were seven years ago,” he said in an interview.

However, he said the company has been working on the technology, and electric makes sense for Harbour Air, which would not have to significantly change their operations for electric flight.

Asked about whether he had ever heard of an airline anywhere executing the idea, Mr. Holding referred to a media report from late 2018 about an airline using small aircraft in the Orkney Islands, an archipelago off Scotland’s northeastern coast, looking at the idea.

Like Alberta and Quebec, British Columbia’s legislature is not in the province’s largest city. While Vancouver is B.C’s urban centre, the legislature, and key offices of the civil service, are in Victoria more than 100 kilometres south across the Georgia Strait. That creates a need for movement between the two cities that is met by the ferries, commercial helicopter flights, and by Harbour Air.

The airline, which has a fleet of about 40 aircraft, will eventually face a path of approval from Transport Canada and the U.S. Federal Aviation Agency – flights to and from Seattle are among the dozen routes it offers.

Mr. McDougall said the company has already been in touch with regulators in both countries.

He said this shift is not a whim, but a mandate he handed to his executive team. It took off when he made a connection with magniX.

“We were already on the pathway of trying to figure this out and then we met the magniX people, who had a common code with us, which was to pioneer this. They obviously have a commercial reason for doing that,” he said. 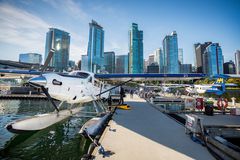 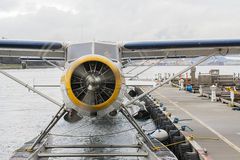 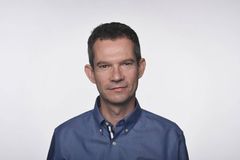